Along with Deadly the Roadie, John’s side-kick, Alan Dearling marvels in wonderment at the bonkers worlds of John Otway in his 70th year! Along with Wild Will Barrett, John arrived with a serious collection of jumps, rolls and  bumps,  feedback, screams and general mayhem, as he jumped up on, and fell off, Willy’s amp for ‘Cheryl’s going home’ on the stage of Old Grey Whistle Test show in 1977. But, that’s after an incendiary version of ‘Really Free’.

John has always alarmed, astounded, amused and bemused his audience. Still does after over 5,000 performances.

He’s a showman, an old-style variety-show performer. A comic, a maverick and very funny too! It’s not just a show of his musical hits, it’s circus, he is part-acrobat, part magician and a superb story-teller to boot. Many of these tales are from his own life – a life of near-misses, disasters (almost all predictably waiting to happen; frequently of his own making). He lives in, and delights amidst his own autobiography, his life as ‘Rock ‘n’ Roll’s Greatest Failure’, and his two hit records, twenty-five years apart.

‘Bunsen Burner’ with his wonderfully ramshackle version of ‘House of the Rising Sun’ as a B-side reached Number 9 in 2002, after a massive crowd-media campaign for this 50th birthday, culminating in his performance in front of 2,000 fans at the London Palladium – to hear the announcement of John’s new pop chart success!  Here is: ‘House of the Rising Sun’ with much manic audience participation: https://www.youtube.com/watch?v=3BwOyVIlupg

John gives his all every show. 110 per cent. He lives for his fans and there are many. He is a man of gimmicks and publicity stunts galore. In recent years he has been working with Attila the Stockbroker, Dr Feelgood’s Wilko Johnson,  Alexei Sayle, Pete Townshend, Jilted John, and, on occasions his old sparring-partner, Wild Willy Barrett as well as his many solo shows, where his technician, Deadly the Roadie, often steals many of the laughs, as the stooge to the self-loving superstar, Otway! Many of these tales appear in John’s two published autobiographies, 1990’s ‘Cor Baby, That’s Really Me!’ and from 2010, ‘Regrets, I’ve had a Few!’ 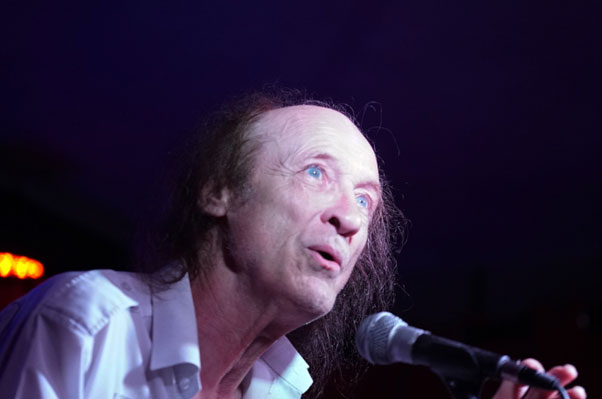 But, seeing him live, ranting, laughing, having raucous fun, one suspects that his madcap humour has always suited him being an ‘outsider-icon’, a cult, rather than a more mainstream star. I mentally place him alongside, Arthur Brown, Tiny Tim, Viv Stanshall and Alex Harvey. But his fans really are devoted to him and their votes  in the BBC poll of the 20th century’s favourite lyrics, meant that his song, ‘Beware of the Flowers’ put  his lyrics into the BBC chart at Number 7, well above Bob Dylan or Paul Simon, who didn’t make it into the Top 10. And, 50 fans joined him on the epic flight and tour to Canada, flying over Niagara Falls. 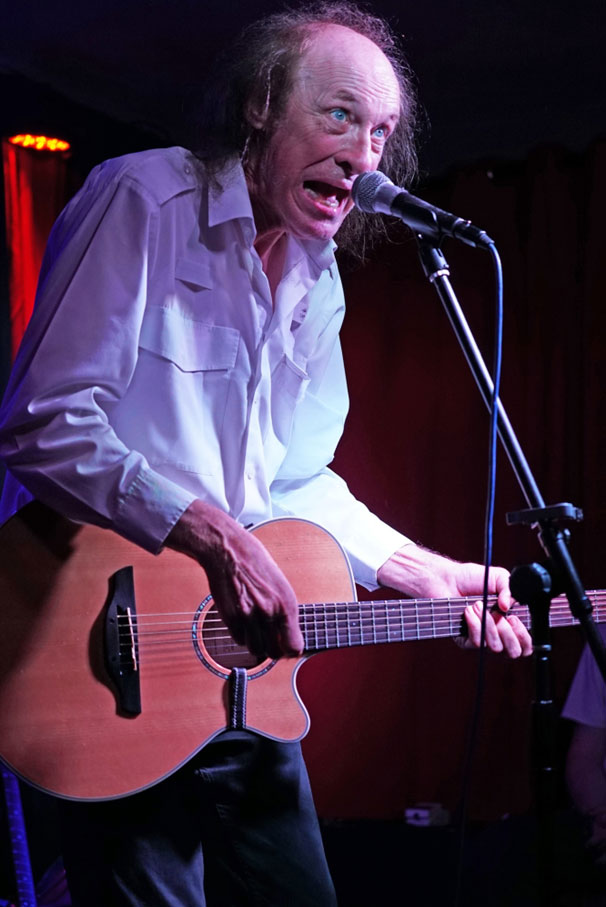 Plus, a final two more epic pics from the live show. 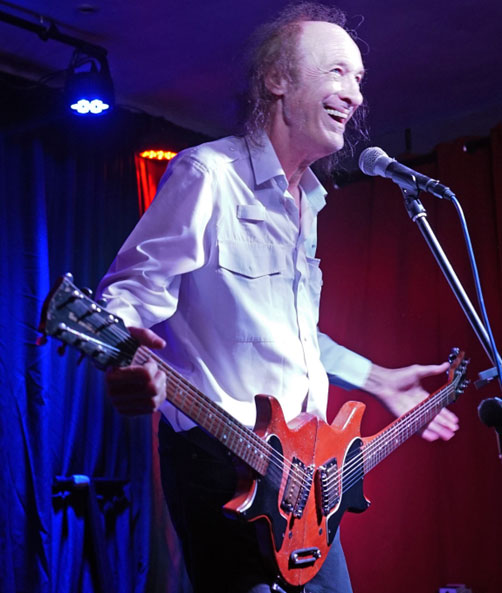 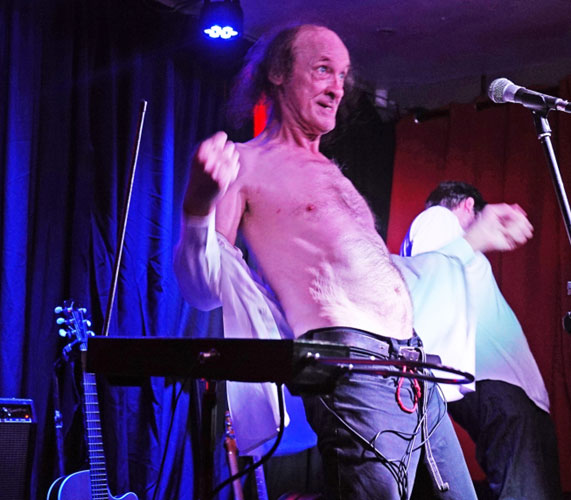 Tweet
This entry was posted on 3 September, 2022 in homepage and tagged Alan Dearling, Deadly the Roadie, John Otway. Bookmark the permalink.

One Response to John Otway – Patron Saint of Losers