A few words and thoughts from Alan Dearling 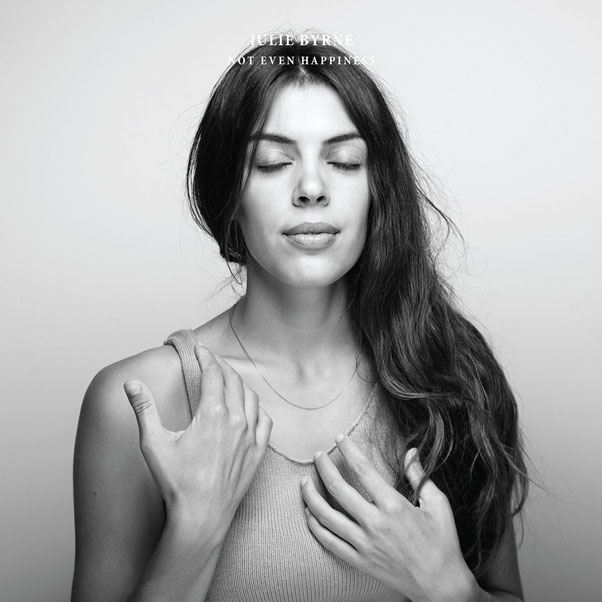 Julie Byrne seems like a natural Space Cadet – a ‘searcher’, a ‘seeker’ – these days mostly working out of Brooklyn, New York. Her last album, ‘Not Even Happiness’, a sumptuous feast of floating sounds was released way back in 2017.

But it seems only right and proper that she still has a place in the hearts of many folk in West Yorkshire. Julie first played there at the marvellous listed building, the Unitarian Church in Todmorden in August 2014 in a double bill with Yorkshire’s own Michael Chapman, who sadly died very recently. They also joined the punters at an after-gig party at the ‘3 Wise Monkeys’ venue. That night has left a lasting legacy in the area. 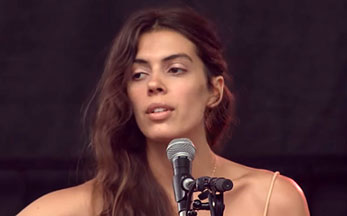 She says of herself that she took to playing live and performing, just like a “fish takes to water.” A born ‘natural’.  We are told on Wikipedia that she was,

“Born and raised in Buffalo, New York, Julie Byrne was influenced by her father’s guitar playing at an early age: ‘I grew up with the sound of his playing, which was fingerstyle guitar, so I would say that my style is completely rooted in his influence.’ At the age of seventeen, Byrne began learning the instrument herself, after her father could no longer play due to complications from multiple sclerosis: ‘The opportunity to play his instrument and honor the legacy of his craft and all of the time it took for him to cultivate a skill that he ultimately had to find a way to give up — it feels like a bit of an offering to him.’ “ 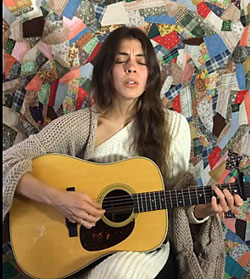 I have to say that I have become somewhat smitten with her other-worldliness. She seems to float, like a pre-Raphaelite maiden, a muse of acid-folk music. Here’s a lovely sample of her voice and playing, featuring songs from the ‘Not Even Happiness’ album.

‘Natural Blue’, ‘Sea as it Glides’ and the gorgeous, ‘Melting Grid’.

“I had almost forgotten the nature of dawn….No matter who will ever wait for me…” https://www.youtube.com/watch?v=EVBkl2i2dYo

Ethereal, sweeping, swooping, looping sounds… “A sense of belonging within…a security that needs to be sought after…”

I have found it hard to find out when she was last over in the UK playing. She was certainly here in 2017, for a short European tour including the Green Man and End of the Road festies.

Lovely finger-picking, open-tuning and that VOICE!

In interviews, Julie has talked a lot about her experience as a student of Environmental Science, and  working at New York City’s Central Park as a Seasonal Ranger. She said of that time, “I came to view it as a sanctuary, not only for New Yorkers to experience their connection to nature but also for the wildlife that take refuge there.” She has released two albums so far, ‘Rooms with Walls and Windows’ (2014) and ‘Not Even Happiness’ (2017) plus a couple of EPs.

And here’s a video of Julie Byrne very recently in 2021: providing a cover version of ‘These Days’ by Jackson Browne: https://www.youtube.com/watch?v=bFmJMuZZj_Y

Tweet
This entry was posted on 25 September, 2021 in homepage and tagged Alan Dearling, Julie Byrne. Bookmark the permalink.