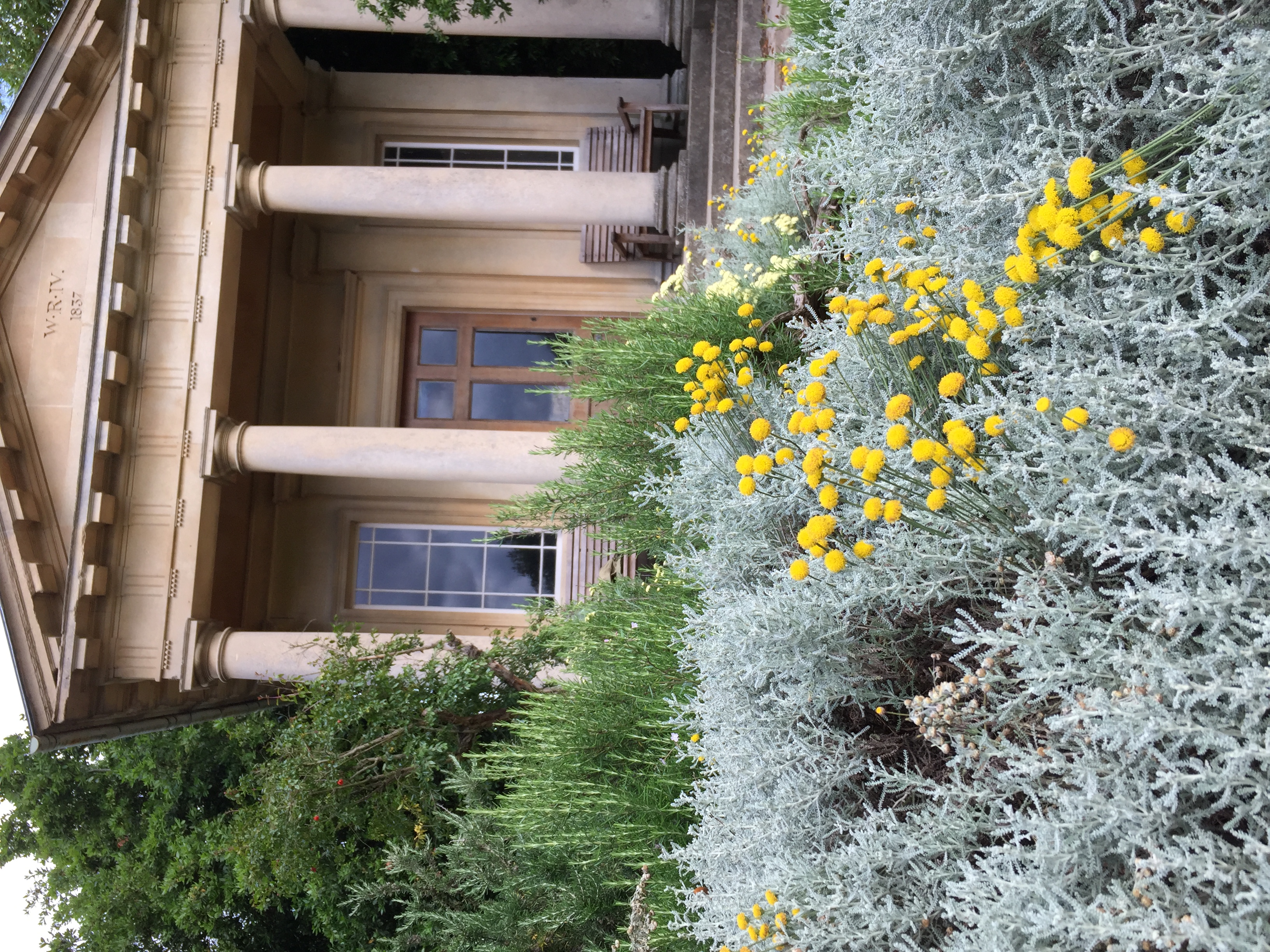 A grand day out in Kew Botanical Gardens last Sunday, just off the North Circular – or cordon sanitaire, as an old fiend (I’ll keep that typo) called it.  Current old friend and I wandered along fragrant avenues of green, breathing in the out-breath of pampered trees, arbors of chestnuts. Who knew there could be so many species of chestnut? Or is chestnut the species, and its subdivisions something else.  No idea,  but good things to think about, like what to have for lunch, then whether to hang a right into the Mediterranean shrubbery or left towards another grove of trees with Latin names.   We went for the shrubbery, smelling lovely, bees like cake crumbs in the heavy air (I nicked that from Laurie Lee) paths winding onto small, enchanted groves, the greens and yellows sharded like an impressionist painting – dots of red – like Corot’s landscapes, to draw your eye to the centre, like an infant’s to a nipple.   And on top of all this (literally)  a  temple up moss strewn steps.  So up we go, to King William’s Temple.  Royalty! Bummer. But it takes all sorts, and these are the Royal Botanical Gardens after all.   By the time the royal architect had finished the temple in 1837 the King had died. It was presented to his successor Queen Victoria but dedicated to him. I quote from the plaque on the wall.   ‘ Step inside and you’ll see a clue as it its original name: the Temple of Military Fame’.  The cast iron plaques inside feature British victories from 1760-1815, the most famous being against Napoleon at Waterloo. The building was originally intended to compliment the Temple of Victory (near to where the Temple of Bellona stands now) which has since been destroyed.  I could not make sense of this plaque speak.  It was non-sense. You can’t step inside. It was a locked room.  With a bench in it.  For who?   The plaques are too high to read, even if you could get in, and I wondered if there was a subversive gardener/keeper/grounds-person who’d kept the symbols of death and violence away from the beauty and vitality of the gardens.
Jan Woolf
.
Tweet

View all posts by Jan →
This entry was posted on 17 July, 2021 in homepage and tagged Jan Woolf. Bookmark the permalink.