“Full recovery from Covid a week after testing positive. Symptoms were very mild, thanks to amazing vaccines. Please – if you haven’t yet – get your jab, as we learn to live with, rather than cower from, this virus.”

“COVID-19: Minister suggests other ‘crowded’ venues where vaccine passports could be introduced.

Vaccines minister Nadhim Zahawi says sporting and business events, music venues and festivals are the settings that ministers are “most concerned about” when it comes to the spread of COVID-19, in addition to nightclubs.”

“The government is still committed to vaccine passports amid a surge of young people getting jabbed, a senior minister has insisted.

Boris Johnson announced this week that from the end of September people would have to show they had been fully vaccinated against coronavirus as a condition of entry to nightclubs and other crowded indoor settings.”

‘Memories of a Free Festival’ was the title of an early track by David Bowie.  In future will they just be memories? 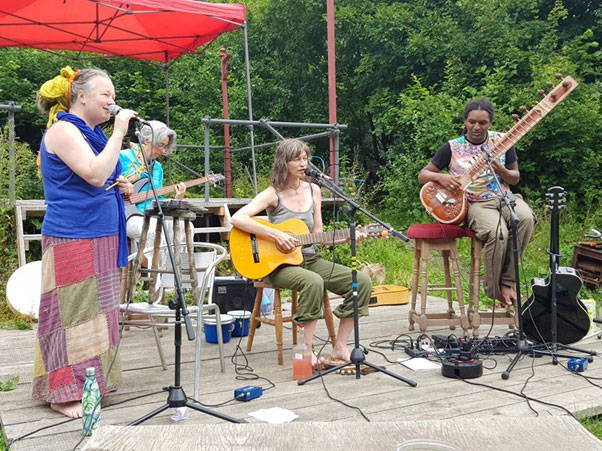 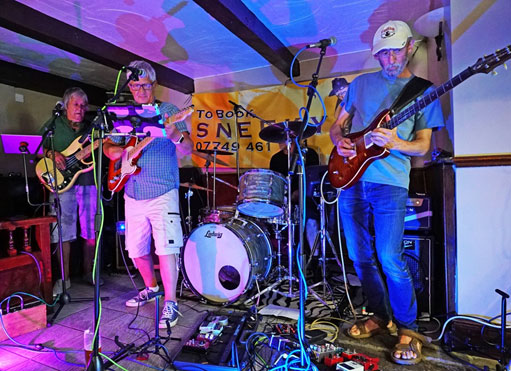 Since England’s Freedom  Day, pubs, clubs and venues have been opening up for dancing and music and more. But, it’s all edgy, with a lot of looking over the shoulder. Testing reactions. Fear. Hope. Joy. Exultation and much uncertainty. Dodgy science and oodles of health information and misinformation. Indeed, who holds the carnet of ‘Truth’? Pinging for isolation! Many workers and employers now choosing to ignore ‘official’ self-isolation messages received by phone or on email. Track and Trace forms no longer exist in many hospitality venues, so it’s no surprise that ‘cases’ are suddenly declining, but hospitalisations seem to be increasing. Supply problems are occurring for food retailers. More challenges for live musicians, sports-persons and creative performers. Lots of public concern about Covid immunisation of children.

Marches and protests in the Name of Freedom. Claims and counter-claims about the efficacy of potential Covid passports, giving access for the Covid double-jabbed punters to some venues – which are still unknown.  One argument against Covid passports is about their ‘legacy’. Will they become national or even international ‘Identity cards’, or the equivalent. Once introduced, will they ever be withdrawn?  Will we truly have our freedom again?   One heck of a lot of social unrest and disobedience on the horizon in the UK, Europe, Australia and beyond…

Then, we have seen the case of the ex-nurse, anti-vaxxer and protestor, Kate Shemirani and her son, Sebastian. This Sky news report is both fascinating and frightening. Kate claims that the vaccines come from the Devil. 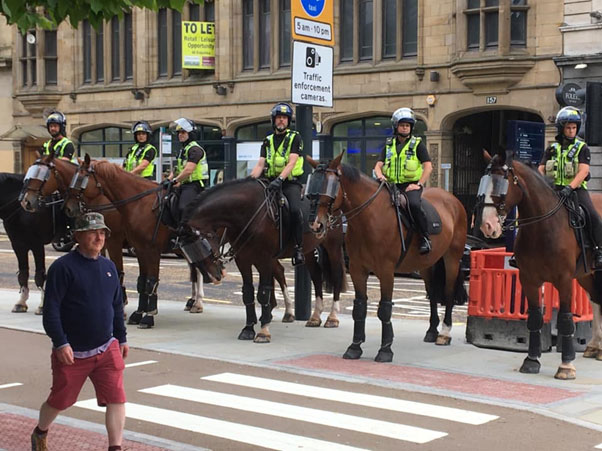 Here are some rough-and-ready, including some anonymised comments, posted on social media over the last few days…plus some more images of live music and and a herd-immunity hugger…

Mandatory vax, vax passports… Running out of conspiracy theories now cos they’re all coming true! Why aren’t people getting this? 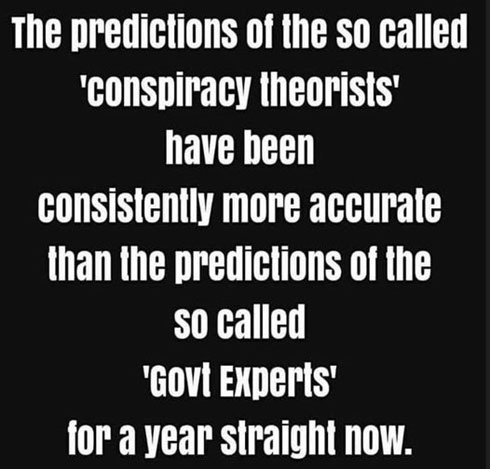 People that think I’m a conspiracy Theorist x check this out x I am NOT alone ❤️ LONDON TODAY x There are Millions of us and we’re trying so hard to wake YOU up to the lies!!!

Couldn’t make it to London for the big Freedom March. Hope they get the 2 million people they expect today. I was in Leeds with good friends. Went to the town hall where folks gathered ready for the Freedom March …good amount of people. Was a really good March. Many joined on route. Gave the coppers a run for their money by diverting off the so-called ‘Route’ the police wanted us to take…Was really good size crowd at the end …also marches in 5 /6 other cities in the U.K…Good effort all round. Got to keep these freedom marches going, as it’s only matter of time that the sheer volume of people of all ages and from all walks of life gets so big that the police have to question their motives … After all, yesterday the National Police Federation which covers every police force in the U.K. showed a complete ‘No trust in Priti Patel’ …So fingers crossed, the next protests might see the police actually realise and choose the side of the people …not this fascist Government that we have ruining our country and democracy ?? 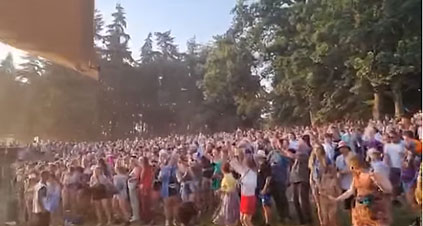 This is  what just happened in Latitude Festival but basically for me and 1000s of others it was a kind of historic and really a throwing off of so many shackles, with about 50 000 of the most up for it, happy crowd .  The fact we had 6 brass bands and 2 Drum and samba acts a floating stage and many thousands in the audience added to our feeling we arrived in some sort of Woodstock moment! We processed all the acts from every from every corner of the vast site and we were literally running between them, and all gathered for a mass brass spectacular sing-along really helped . . .  Humans fields joy celebration. SO many sensations on hold for so long.

These are hard wired things that Covid has stolen.”

Tweet
This entry was posted on 28 July, 2021 in homepage and tagged Alan Dearling. Bookmark the permalink.