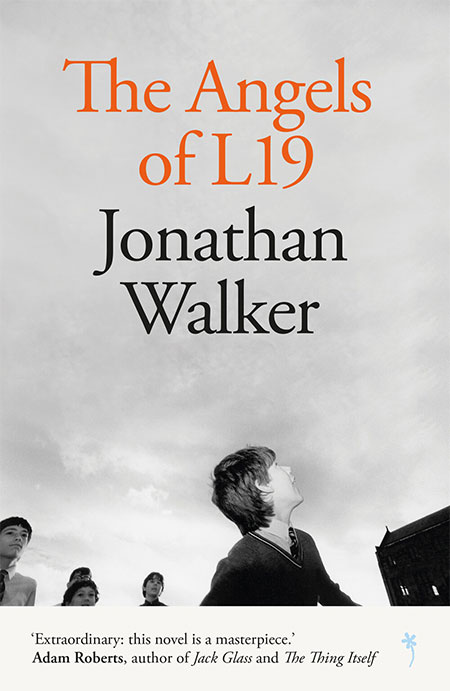 In a world gone crazy, the past constantly gets re-examined and re-visited, perhaps from feelings of guilt, perhaps as a way to find out where things changed, when warmongering, racism, greed, dogmatism and aggression went mainstream.

With the rise of the Christian right, it’s also timely to revisit the fading end of mainstream churches in the 1980s, when belief was still thought to underpin and inform society, and we did not know terms like jihad or religious extremism as we do now.

One reason for the sidelining of the church was its inability to accommodate the rise of youth culture. Religion was slow to accept rock music, fashion and the very notion of teenagers, if it did at all. For a while more liberal congregations valiantly beat a retreat, finding ways to introduce contemporary hymns and new translations of the Bible, as well as spawning a copycat subculture of Jesus Rock music, t-shirts and stickers; but in the end the UK would become a secular society. (Interestingly, this seemed to allow room for more discussion of beliefs and spirituality.)

Strict, evangelical churches rooted in a literal belief in the Bible, and intent on ‘keeping themselves pure’ by remaining separate from the world around them, particularly struggled. Jonathan Walker’s novel The Angels of L19 is set in one such church, situated in Liverpool in the 1980s. In interviews, the author has made it clear that much of the book is rooted in autobiography. The vocabulary, listening habits, politics, jokes and dress sense (or lack of!) are spot-on, and clearly not a product of research: this is lived-in writing.

But this socio-realist novel is laid over with a supernatural element. The literalness of the church members’ beliefs allow Robert’s mental illness and delusion a free rein, with disastrous consequences. The Angels of L19 is creepy and disturbing, but it never becomes too gruesome or ultraviolent; neither does it judge or comment, preferring to let readers decide what is real, what is right, and what to make of this strange, unsettling and original novel.

View all posts by Rupert →
This entry was posted on 18 December, 2021 in homepage and tagged Rupert Loydell. Bookmark the permalink.