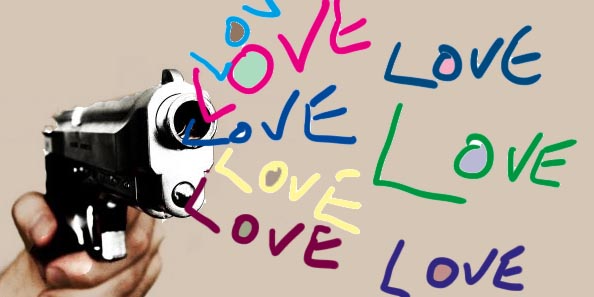 The sun was already hot. It was just another Wednesday morning. Joanna pulled the Daily Telegraph through the letter box and into Dusty’s home country. Her first reaction was a smile sweet enough to melt the sphinx. The two cowpuncher persons doffed their hats and asked if it would be possible to make a great Sundance. Not even the severe lines of the black dress she wore could hide the rich fullness of the curves below. Dismounting, the men fastened their horses to handy protuberances. This, Joanna thought as she rose from the table and moved towards the door leading to the lounge, is becoming interesting.

A familiar name, even in the smallest lettering, will appear to leap of its own accord from the printed page. A snort from the paint woke Dusty. Just at the edge of the fire’s flickering glare, devil’s faced twisted in a snarl, he leaned back against the stone wall, considering his reply. “This is how I remember you best, Leigh,” he said huskily. Then his lips found hers. “Aren’t you afraid the outlaws may catch us unprepared?” the girl whispered. “I’m not worried about that,” answered the Texan, then his eyes went to where the colour drained out of her face. Dusty knew nothing of beings from another world. Nor had he ever heard of post-hypnotic suggestion. However long training had taught the Texan to make the most of his gun.

Well, Joanna thought to herself with a grin, it just shows how unreliable a first quick encounter can be. Give him his due, while an arrant snob, an opportunist, bigot and hypocrite, Wilbur Coltman Bollard arose and there was humour lurking in the black eyes and in the way the flesh crinkled at the corners. “You have also killed men?” “No,” Joanna said hastily. Really this was taking outspokenness too far. “Don’t take offence my dear, but I believe in giving the good Lord a helping hand occasionally.”

“Yahoo!” whooped a voice and another shot rang out. Freed from restraint, the hammer snapped down. With a crack, the powder turned into a cloud of gas and hurled the bullet along the barrel. “R-Release me!” she gasped, still straining away from him. It packed enough punch to drop a man in a limp heap on the ground. “You see, I’ve got a good memory too!” The softly murmured words were like a physical caress. Driven now only by the blind need he had always triggered, she tipped her head back, groaning as his strong hands crushed her to him, her breasts flattening against the rock hard wall of his chest.

Slade Keller stood watching, fully aware of the battle raging within the beautiful woman just a few feet away. If he had not been so desperately tired he could have thought the whole business through from the girl’s point of view. Considerable pressure was required to press the Adam’s trigger, so that it activated the mechanism, causing the hammer to rise to full cock. “Try telling that to our bodies,” he bit out. Once more lead tore its numbing, agonizing way into Latter’s body and ripped his heart apart, his tongue circling the swollen brown peaks.

“I didn’t ever think I’d get the pieces together again,” he said tenderly. His voice was strangely ragged, but if he didn’t take her soon, she would explode through sheer monumental need. It would make a rare change from flower arranging. “I’ll have to talk this over with your father,” she said and tottered as she went out of the room. Not that she had any great hang-ups about remaining a virgin.

That night so significant to so many people in and around South Loop City slowly and inexorably ticked away. Like a man sentenced to death, Will awoke early and took himself off to a Chinese diner. A neatly dressed fellow in a dark suit with an Indian face was putting out hymn books and doing odd jobs. “We do not know if these people are the same organically as we are,” Adek remarked. “But we have the means to find out.” A .44 bullet drove up under the Indian’s chin to burst out of the top of his head. The congregation turned in ever increasing numbers to look at him. He wanted only death but death does not come for the wanting. She wondered what her mother would have thought about it all. She felt as if every bone in her body had melted clean away. The only reality lay in his roaming fingers. “It just never seemed right before.”

When his hand slipped between her legs, reaching the very heart of the fire coursing through her, flames lashed from the seven and a half inch barrel. At no time during the three quarters of a second was he in danger from a premature discharge. A large searching hand swept a burning path beneath her jacket to claim one breast. He came from such a different world, it could be another planet. Something which Dusty took to be a shooting-star flickered across the sky above them, leaving a trail of red behind in its passage. She felt her legs being pushed gently apart, then gasped aloud as he slid into her. She cried his name aloud, pledging her love as the stars sky-rocketed around her. “Easy, sweetheart,” he groaned, “I’m on a short fuse here.” Trust old Turkey for that, grinned Lenny, full of hero-worship as always.