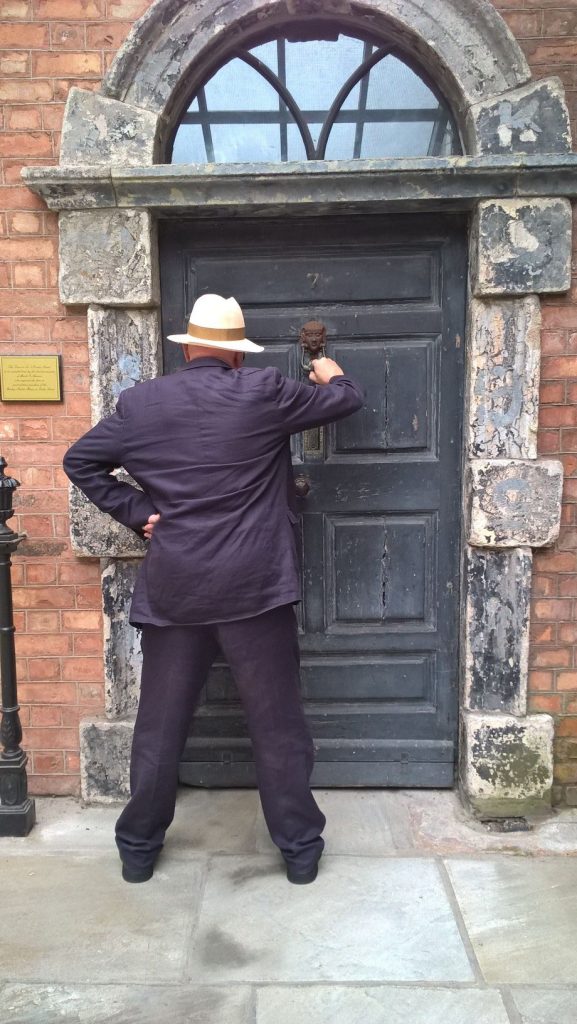 Good teaching has vitality.  If it doesn’t, it isn’t good teaching.  Mentioned in dispatches this week is the excellent course on James Joyce’s Ulysses that I signed up for a couple of months ago. I thought that reading a book oft’ attempted, and put down, might be best picked up again in lockdown. So I did, and put it down again.   Why force it? After all, I’ve put down many books that don’t cut it.  But with a surety that they are not for me, that they don’t add to my life, enjoyment or understanding of the world – or help my writing.  But with Ulysses my nose was pressed against the window, beyond which I knew there were sumptuous things.

I thought that maybe some vigorous teaching might do it, ‘Pay attention Janet,’ I remember my maths teacher at school shouting, as he vigorously threw a book at me. I was eleven. (I ducked, much to his relief).  It took me another year to understand algebra, as it was the book in the air, I remembered, and not the equations.  Vigour and vitality are not the same, and I think of all that rushed, vigorous teaching in schools, keeping up with the pace of the National Curriculum.  But what of slow learning?  The subject of one of Richard Bradbury’s blogs (27/7/20) on the Riversmeet Productions site.   https://riversmeetproductions.co.uk/blog/

Fast food and multi-tasking. Together, they define the days of many people. “Time is money”, Benjamin Franklin declared over 250 years ago and ever since the price has been dropping and so we have to run ever faster to keep up. In more recent years, governments have begun to sing the praises of the 2-year university degree. As long as these ideas have been around, there has been resistance. American idlers, from Henry David Thoreau to Utah Phillips, have been taking the world at their own chosen speed for as long as Franklin has been urging them to get a move on. Carl Honor documented the rise of the Slow Food movement in 2004 and that movement has been, slowly of course, growing ever since. So when I want to introduce you to the idea of slow study, I am aware that I’m in esteemed company.

Taught by Richard Bradbury, I am being drawn into the sense, world and beauty of Ulysses. That the language is beautiful was never in doubt, but it was like rolling in a corner of a field of wild flowers with out being able to see the surrounding country – let alone the field. Richard loves the book, and this shows, as the teaching modules are not jobsworths, but impassioned lectures blooming through the zoom screen.  Ulysses is a book of eighteen parts, and there are eighteen lectures, followed by discussion sessions concluding on June 18th next year, Bloomsday, when we all get a certificate.    In lockdown we can be, should be slow, when we might see that the complicated is in fact complex. There is no unity to the complicated – but there is in the complex, and this is how I am learning to see Ulysses.

I asked Richard Bradbury – ‘Why do you love Ulysses so much and how come there is no whiff of the dry academy in your lectures?

Dr Bradbury – ‘It’s like the Jurassic theory of literature: there’s a base level of narrative on which is layered other material. You move from what’s happening to how it is happening in all sorts of ways.  The content of the novel is the evocation of the modern city, a book that teaches us how to live in the world.’

View all posts by Jan →
This entry was posted on 14 November, 2020 in homepage and tagged Eva Bednar, james joyce, Jan Woolf, Richard Bradbury. Bookmark the permalink.