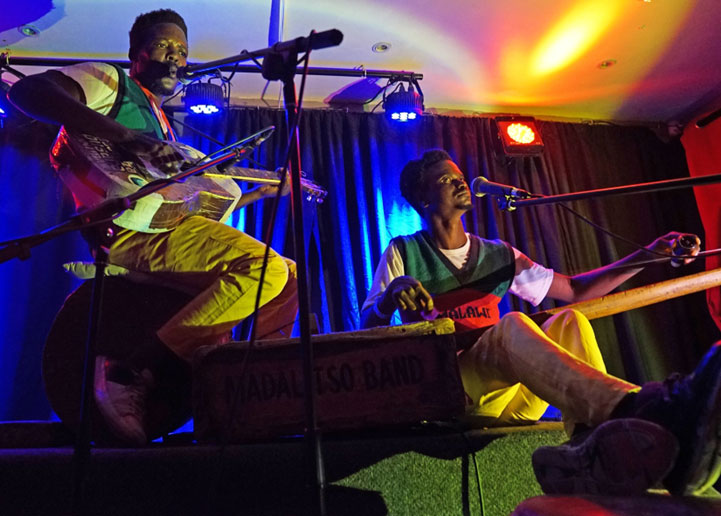 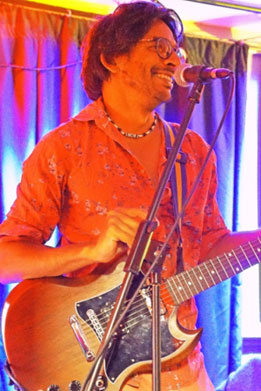 In review from Alan Dearling

Yet another interesting and eclectic evening upstairs at the Golden Lion in the Calderdale Valley last night. Thanks are due to Harry Wheeler for the invite. Madalitso are a duo from Malawi. Currently just finishing their tour in Europe. Their sound is propelled by the guitar player’s foot tapping against a sit-on African drum – a literal kick drum. Single string slide, ethnic guitar. Rhythmic repetitions – a kind of trancey, African folkloric techno! A swaying dance floor…which, by the time Madalitso performed, was pretty hot and sweaty…

The promoter, who hails from Kent and London, but lives now in Malawi, Neil Nayar, provided (in almost darkness) a comedic set of personal break-up, love found and lost, and lustful personal and mostly humorous songs.

Filmed while harvesting maize at the Madalitso Small Farm on the outskirts of Lilongwe. The other  location is in front of a Baobab Tree near the lake in Senga Bay: https://www.youtube.com/watch?v=rCNvd39v-NQ 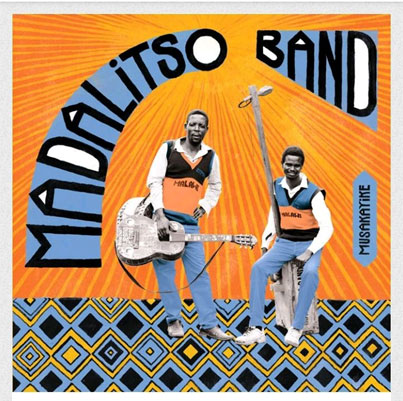 Watching and listening to the likeable duo, I was reminded of other African dance-oriented outfits I’ve enjoyed over the years, in particular, Nigerian, King Sunny Ade with his brand of West African high-life music, and the anarchistic Congolese players, Staff Benda Bilili. Very much dance syncopation.  Indeed, Sunny Ade’s band was known as the ‘Synchro-System’ and later the ‘African Beats’. Ebenezer Obey was his main musical competitor.  Konono No 1 are another live sound system from the 2000s that are worth checking out, but are very different with fuzzy electronics mixed with kalimbas and snaking percussion lines. Here’s a recent video which demonstrates the interloped, high-life rhythm patterns: https://www.youtube.com/watch?v=jmwZqp0npBk

This photo is from ‘Today at the Beeb’ for music planet which will be aired on BBC radio 3 in September. 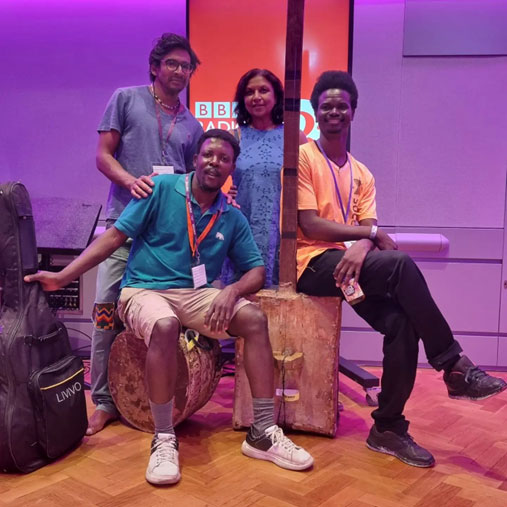 Here’s what Harry Wheeler wrote about Madalitso:  “Judging by the energy in the room, we can’t fault the BBC’s description: ’Uplifting and Vibrant’. Spirits were raised and there were big smiles all round. The duo were discovered busking outside a shopping centre in Lilongwe, Malawi in 2009 with their trusty babatone – a home-made instrument creating the traditional Malawi banjo sound, that takes up the lower frequencies, meanwhile the higher frequencies are taken up by lead vocalist Yobu Maligwa an incredibly pure sounding voice backed up by Yosefe Kalekeni which combine to create a sound that is intuitive, authentic, and full of ruthless rhythms sure to get your feet moving.”

We read on-line that up until 2017, they hadn’t left their native Malawi. The decade was spent roaming the streets as a pair, and perfecting their home-made instruments and vibrant playing style. It really seems to have paid off. Now they are darlings of Europe, WOMAD, the UK’s BBC Radio 3 and 6 and 100s of venues across Europe. 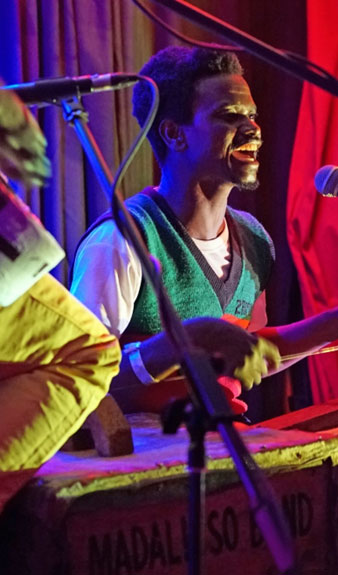 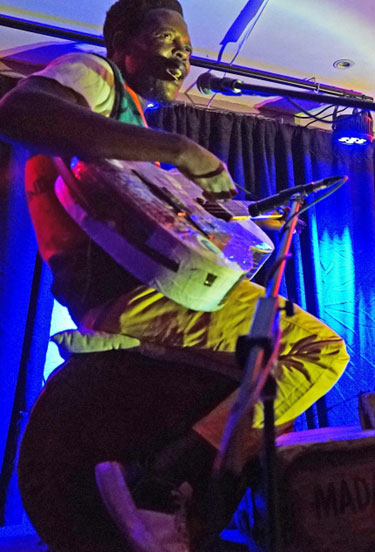 It’s an authentic, quasi-traditional sound – mix of dance rhythms and vocal harmonising. Neil Nayar says: “The traditional duo from Malawi, who in the last year have been featured on BBC Africa, and performed at such festivals as WOMAD in UK, and Roskilde in Denmark, were first discovered by a local producer busking outside a shopping centre in Lilongwe in 2009. The connection that the musicians gained with each other through living this way for 10 years is evident in the way they burst onto the scene, after their very first performance outside Malawi, in 2017, at Sauti Za Busara in Zanzibar. 6 months later and they were on an aeroplane for the first time in their lives, to do a 2 week European tour, and wow audiences with their down-to-earth nature, and raw on-stage energy. The following year the tour was extended to 5 weeks with 22 shows, and in 2019, reached 9 weeks with 42 shows!

A second album has spread the music further afield also, giving listeners a sense of the band as they would sound on the streets of Lilongwe. Wasalala, was released in March 2019 under Bongo Joe Records, a label from Geneva, who instantly fell in love with the Madalitso ethos, when the music inside is so strong that it says, ‘Why should we buy our instruments, when we can build our own, and get the sound we want.’ The music inside Madalitso Band is SO strong, and it comes out effortlessly, full of syncopated rhythms, lush harmonies and a solid back beat.

Two nice guys from the village in Malawi, smiling their way around the world and bringing dance-floors to life. What’s there not to like about that.” 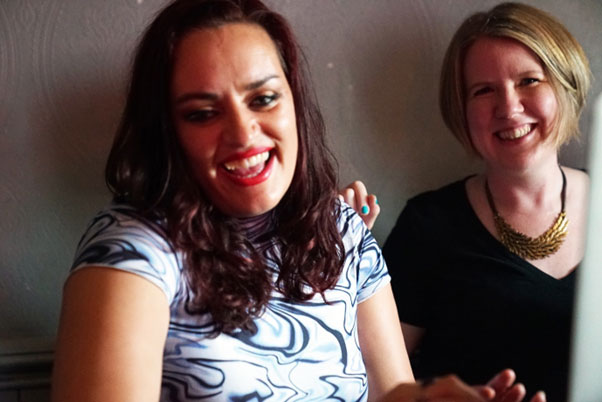 Dj Nat#  (left) is a visual and sonic artist. She provided the vibes from the DJ booth. She said she was “…bending our ears into different demotions via Sega and moutya music from her Seychelles roots and then notching it up a level to get our dancing shoes on via Otim alpha / ata kak/ la Roche/ king ayisoba and lots of stuff from nyege nyege.”

Tweet
This entry was posted on 6 August, 2022 in homepage and tagged Alan Dearling. Bookmark the permalink.