Making All The Right Noises 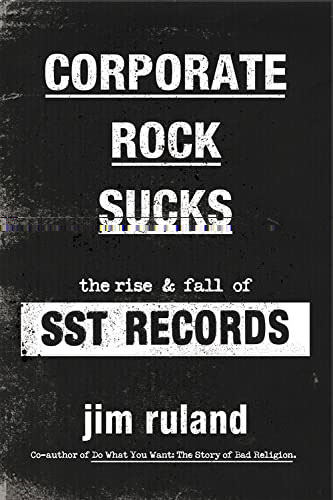 There’s been a few books about individual independent record companies and they all have to steer a line between being a biography of the person who founds the company, a business study, or a rock’n’roll exposé. Ruland manages to pull of all three and, as a bonus, also gives the reader a history of Californian hardcore.

Greg Ginn is the man who starts SST Records, by changing his company SST Electronics into a launchpad for his band Black Flag. Soon there’s a network of punk bands and lowly paid volunteers creating a scene through live gigs, and quickly produced albums; and soon Black Flag are relentlessly touring and promoting not only themselves but also the SST label. A perfect example of symbiosis.

SST are great at media pranks, branding, outrageous cover designs and hard work. They seem to sign up every band they come across who makes a noise and has attitude, and promise them the earth, which unfortunately often doesn’t materialise. When the band are away touring the stock doesn’t get shipped, when the stock doesn’t get shipped the label can’t release any more records, bills can’t be paid, recording studios booked, etc. This is called a cashflow problem.

They also release a lot of crap music: badly recorded, relentless headbanging noise that sits uneasily with more musically interesting releases by the Minutemen, Hüsker Dü, Saccharine Trust, Screaming Trees, Sonic Youth, Firehose and the Meat Puppets. Later they’d plug into the art rock scene, releasing music by Henry Kaiser, Elliott Sharp and Fred Frith, regulars of the NY Downtown scene, and also release the infamous Negativland album U2, which resulted in them being sued by Island Records. Cue infamy, lots of newspaper features and opinions, not to mention the withdrawal of said album.

But that comes later… First there is constant expansion and relocation, followed by relocation and expansion: offices, a practice room, warehousing, a promotion department and a SST Megastore on Hollywood’s Sunset Strip. Then there are record distributors going bust, money not coming in, records not getting released, and arguments, especially when Ginn pulls rank – which he does.

He also forms a myriad of different bands, all featuring himself, and releases albums by everyone one of them. He appears to think they are ‘experimental’ but to these ears they simply sound like guitar-focussed jams, with nothing ‘jazz’ or ‘strange’ about them. Lack of business income means bands don’t get paid and decide to leave, often signing with major record labels. Despite some mega-sales from the likes of Bad Brains, a hardcore reggae band, SST has to downsize and focus on endless reissues and anthologies of old music it has the rights to. Paying a settlement to Island Records, not to mention the cost of counter-suing not only Island but Negativland themselves, doesn’t help improve things either.

Eventually, everything Ginn wanted SST to stand for, mostly in opposition to bad practices by the ‘corporate rock’ major labels, has disappeared, like Ginn’s friends’ and colleagues’ goodwill. Ginn may think it’s punk and hardcore to not get paid, but others need somewhere to live and funds to do so. They’d also like to be able to own their own music which, it turns out, they don’t according to the dodgy SST contracts they signed. And they trusted this guy!

If at times Ruland relies on the assumption that the reader knows the bands he mentions and sometimes lists, not to mention the geography of Californian cities and suburbs, Corporate Rock Sucks is mostly a well-researched and engrossingly told tale of noise, ambition, rebellion, greed and failure. But then in the music biz it seems it always is. Although Ruland leaves it to others to criticize and comment on Ginn’s failings in interviews for the book, it’s clear the slow demise and closure of SST is disappointing and that Ruland, along with others, perhaps believed that hardcore music and an aggressive attitude would be enough to see SST survive. In the end though it was out-manoeuvred and outwitted, not to mention caught out. Business failures combined with Ginn’s ego and self-belief meant that in this instance indie-rock sucked just as much.

Full marks for trying though. 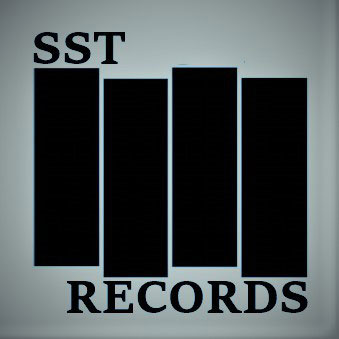 View all posts by Rupert →
This entry was posted on 11 June, 2022 in homepage and tagged Corporate Rock Sucks: The Rise & Fall of SST Records, Jim Ruland, Rupert Loydell. Bookmark the permalink.