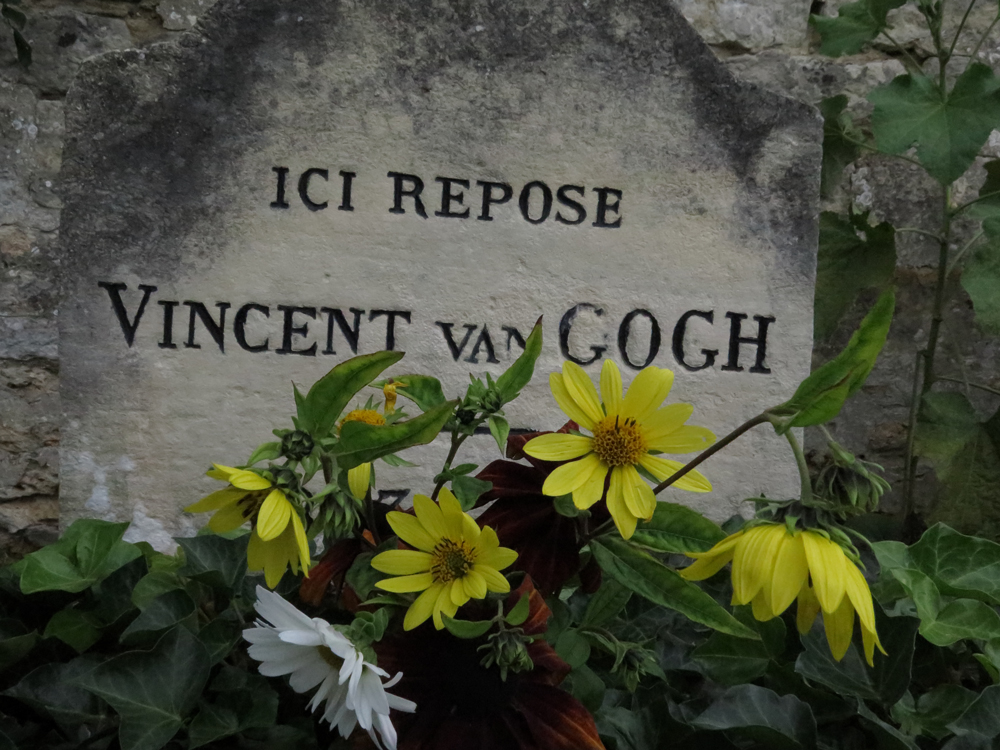 The Argus Panoptes in myth is a multi-eyed monster.

Across France. From Marseilles  to Arles, to Paris to Auvers-sur-Oise

That carve chaos; the kind that exists not in ferment, or, torment, too,

Come to that, but in the sly tear that builds behind a shining gaze

That seems golden, but which soon admits cause and colour. 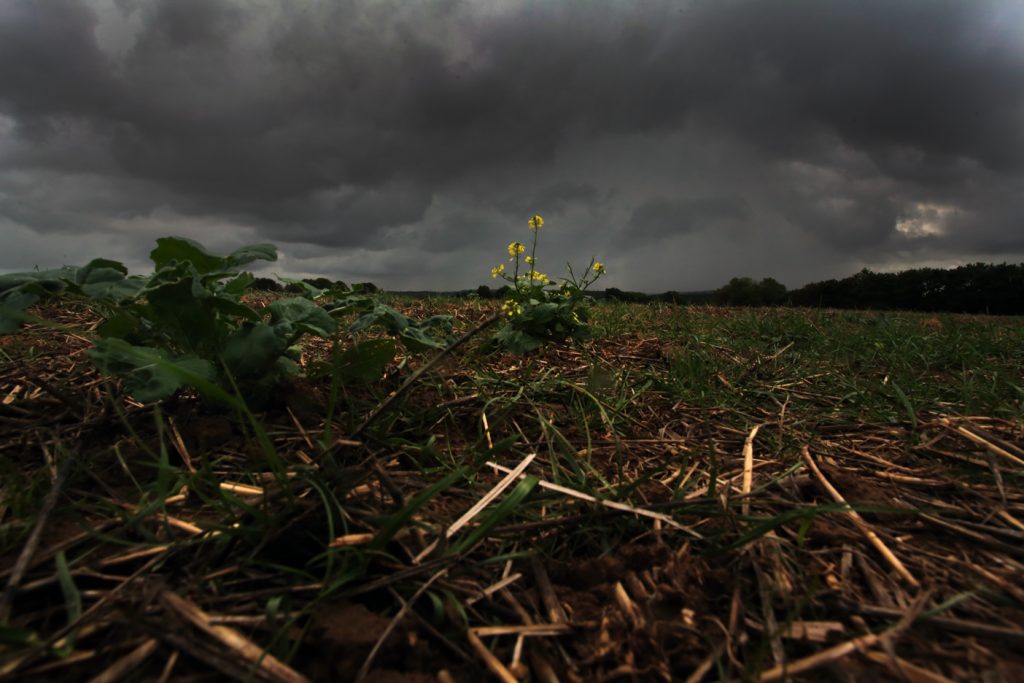 By lifting each view from the flat. From an opening shot of glimpsed,

Near savage Gods between leaves, Reeves and his partner Samanta Bellotta

Chase Artaud, whose own quest beside madness across these depicted lands

And Reeves’ previous Bethlem Hospital Exhibition, as he photographs the connections

With Antonin’s challenged mind. Here, in this book, the images appear sharper,

Than those of before: Max’s Mirkwood and I Remember a White Cat In Tangier 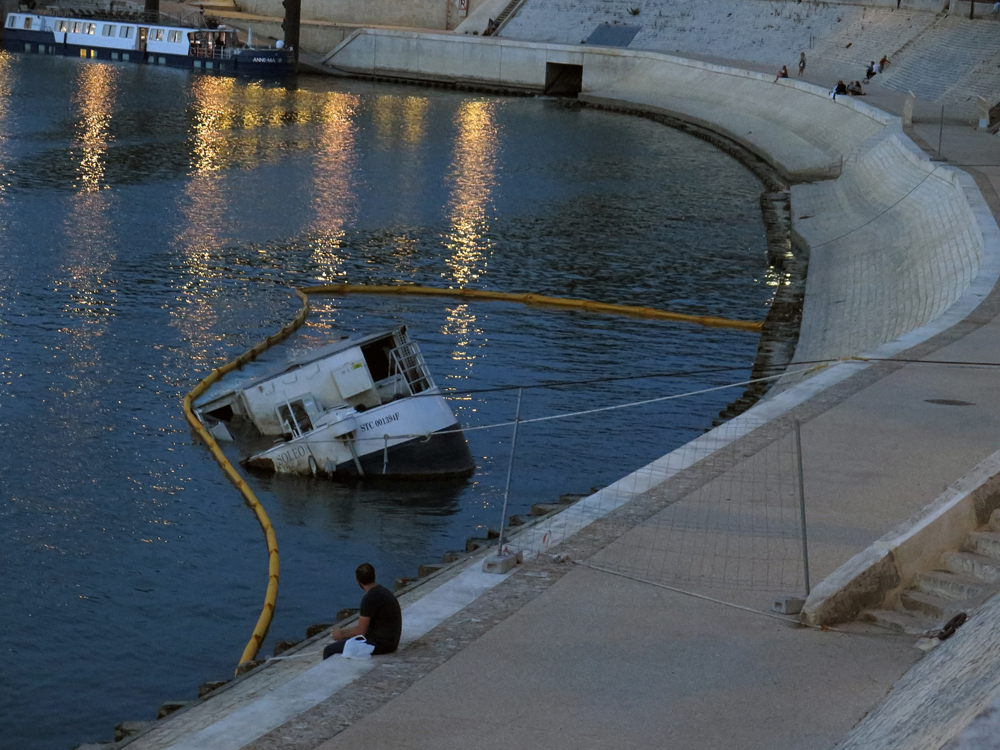 Contained night. But across sun stung days these photographs bare the imprint

Of the irreality Artaud carried into his writing and tourtured, stumbling  walks

Between light.  In Max’s Marseilles walks steps are speared. Boats are spume.

A crucifix crowd claims the city. The pure blue of summer and the blessing

Of sun make things calm. And yet Reeves’ keen lens is prodding both skin

Stoke alarm.  A Star of David is scratched. A bark is skull, scorched by sunlight.

Spew on the ceiling is mirroring over a girl. A small ship sails on blurred air. There is an African woman and Rimbaud. Homeless men warp before us

As each photograph captures the somewhat suffering viewpoint

Of Ba’al’s jews, and Artaud, falling fast out of focus and rhythm step

With the world. Reeves’pictures are art. Make no mistake, free of genre.

And medium, also, as he roves, he flies through these streets.

We see Artaud’s bronzed head on a swan. A poster of crows. Ghost graffitti.

A Jerusalem ramp. Every picture makes the Argus Panoptes stare

More complete.  In Arles, we catch a swelter of horses, bars, stone, 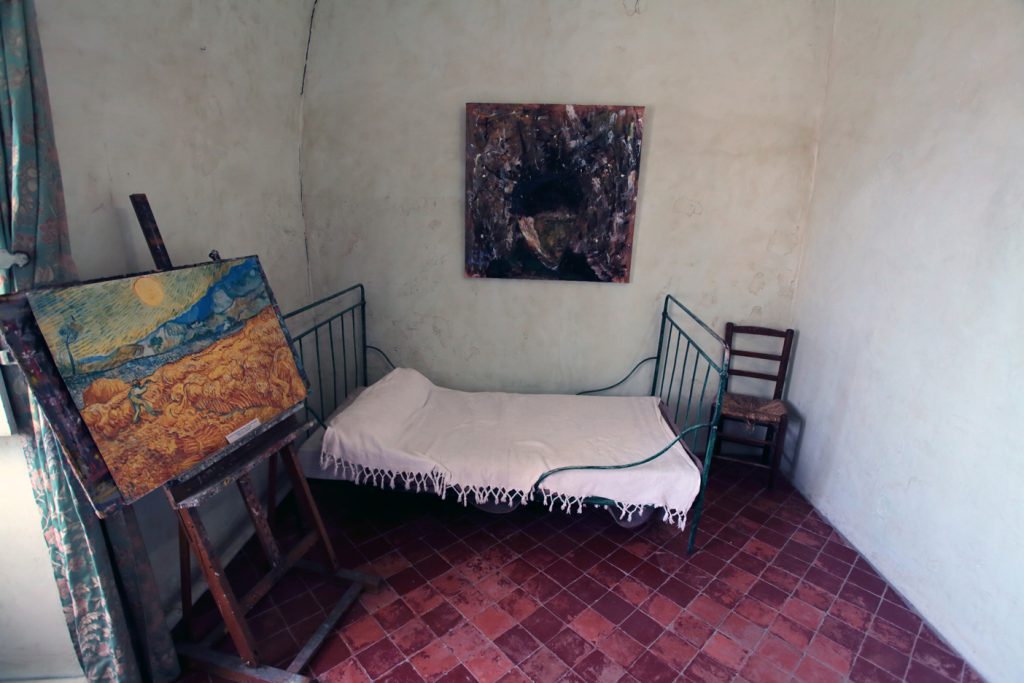 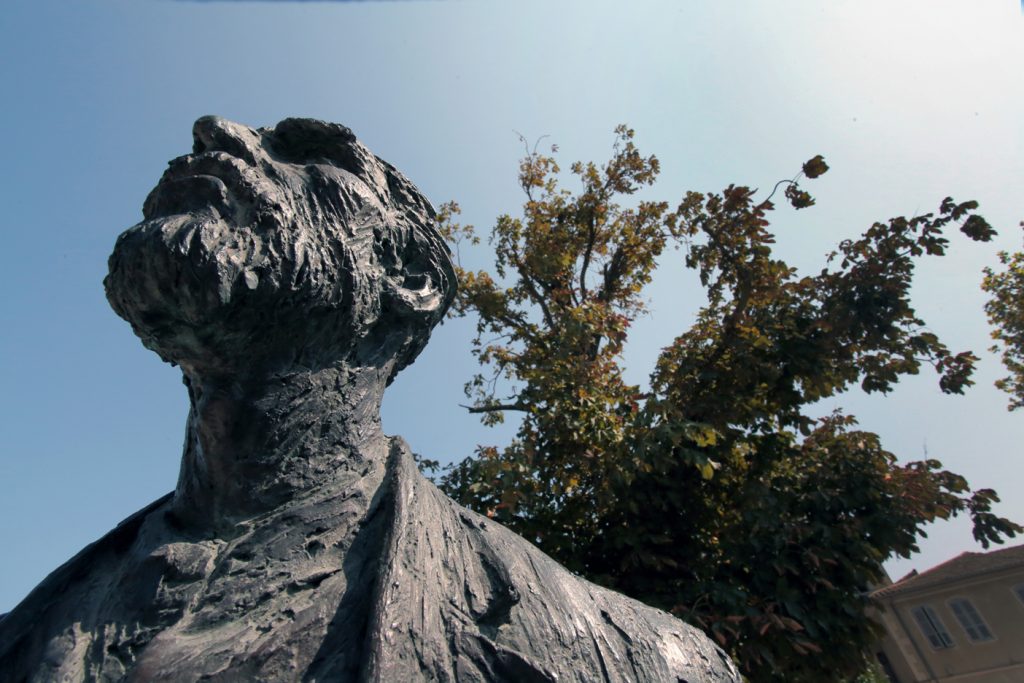 And Vincent Van Gogh in a bedsit. Trees as thought stemmed from statues

As they gaze up towards cloud. Farmhouse and flower. Shadow. And a side

Of meat with bone baby, like a pearl in flesh featured, granted to skin raw

And ready for when a prize like this is allowed. In Paris, a Nokia Rimbaud

On a wall and a man who could be Giacometti is caught on a corner.

The accusatory glare of a statue against a curtain of night and dark park. 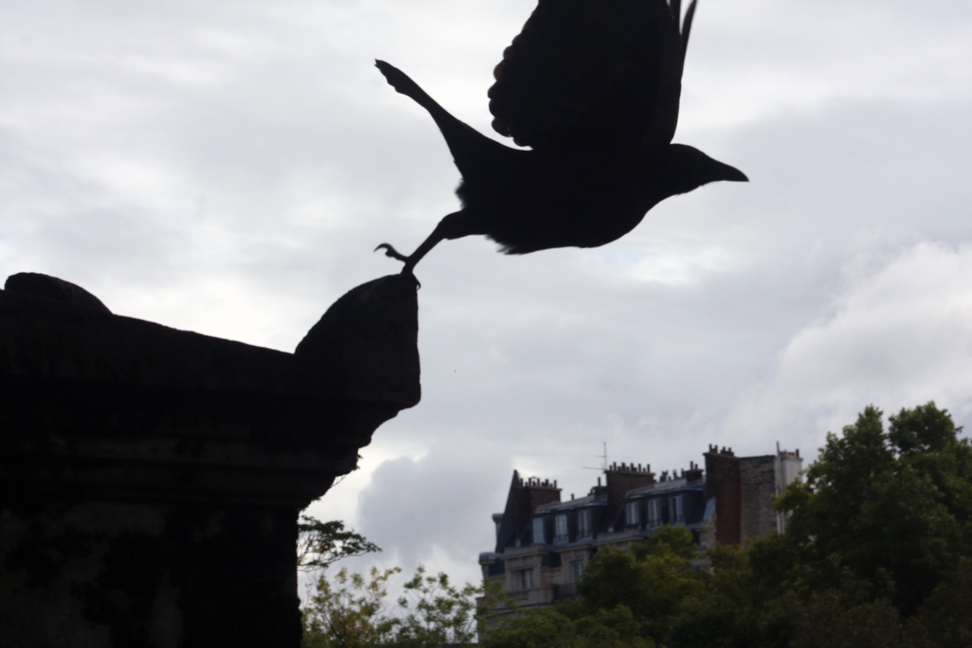 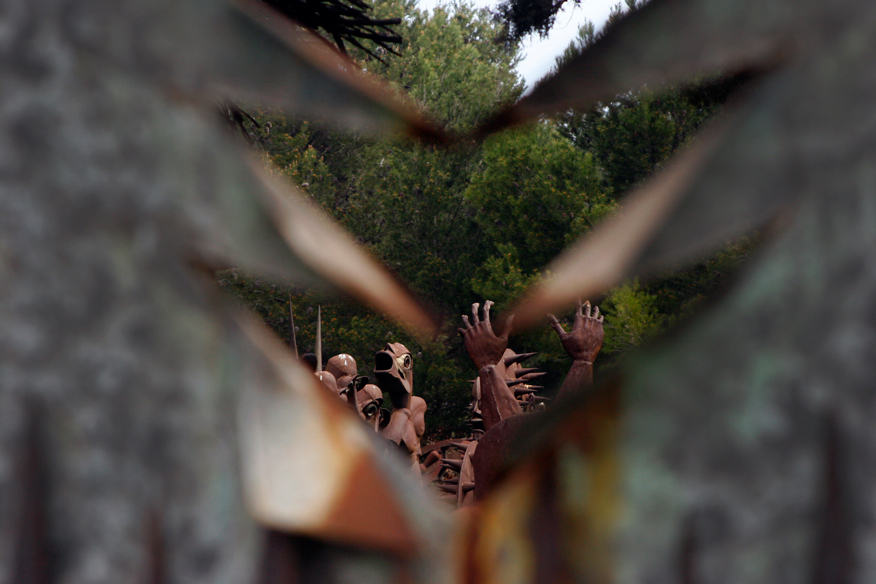 And what looks like sex on a tombstone. Satre and De Beauvoir, dead

But together and in loving repose close to this. Reeves chases graves.

They are forms of library for him. In photographing their markings

He is reading the lines the ground prints. For death still publishes  the lives

Of those held within it. Especially if they are artists or writers. And so,

Here in these pictures their uncompleted work finishes. 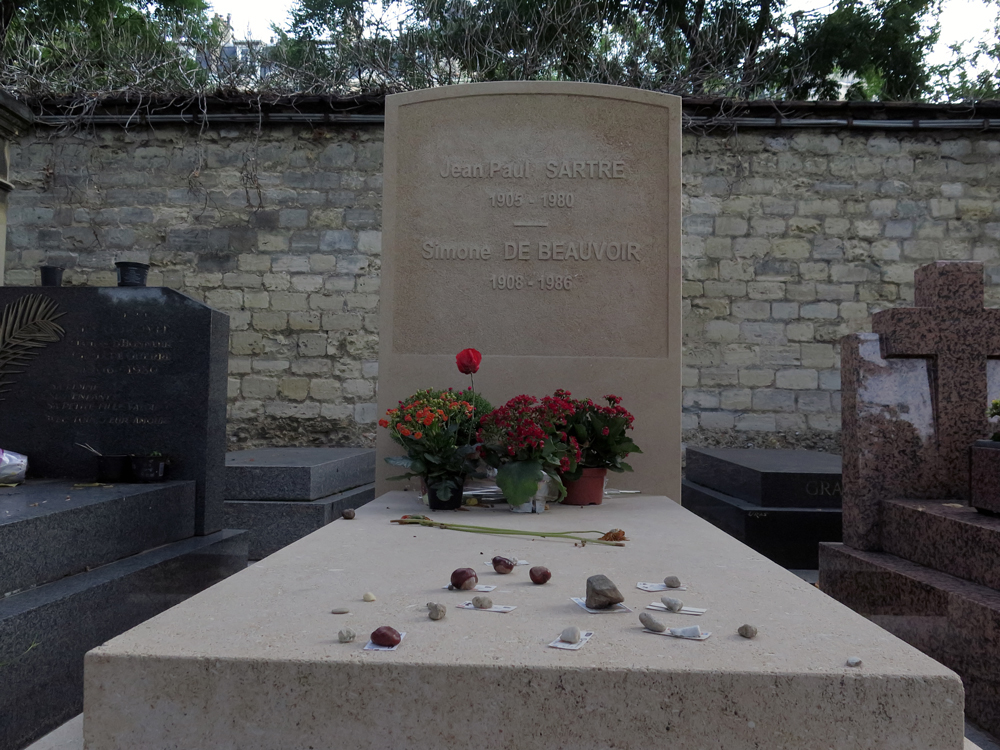 A church is depicted, then sketched. A window becomes a fused painting.

A close up Crow soon commands us, as more fenestrations astound. 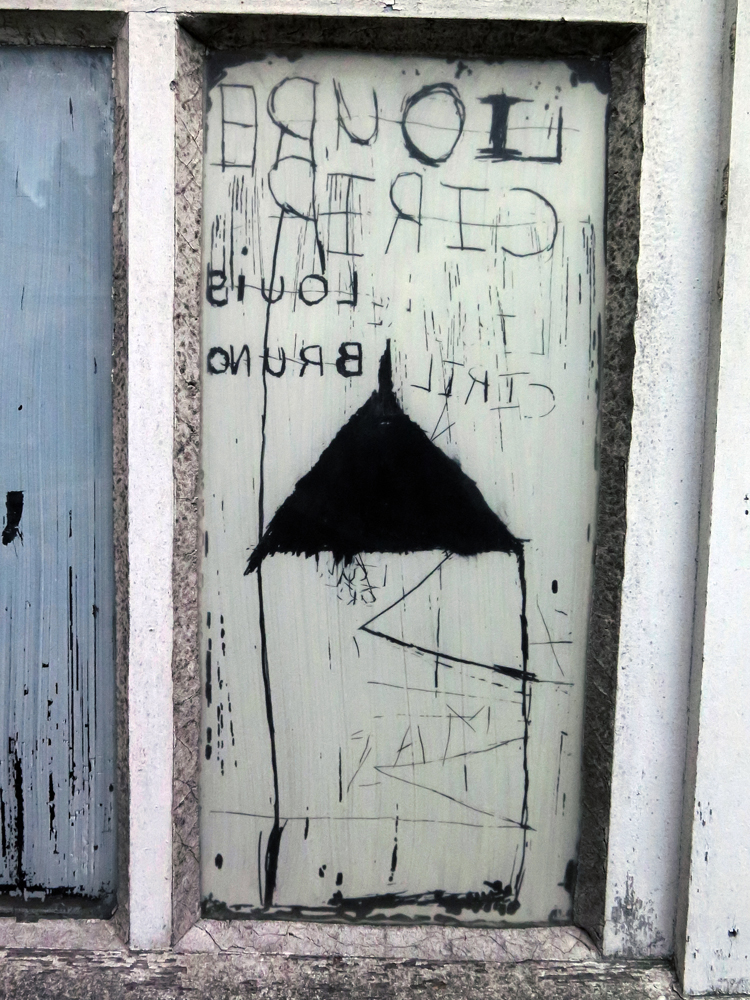 Walls weep through change that MAPA charts so completely. A typewriter

Stalls in the writing as a Sculptors touch and room stays unfound.

Wine is cupped. Hands reflect as the train is freed from the station,

And Max and Sam travel still further out from the source. Artaud’s ghost

Haunts this book as Max’s madness map cures and colours and in Auvers-sur-Oise,

A wall mural, ‘Vincents’ to show  what endures. For suffering always comes

After the most vivid of visions. Such as those Artaud stared through as he dried

Across the temperature of neglect.Which can blow hot and cold. You can feel 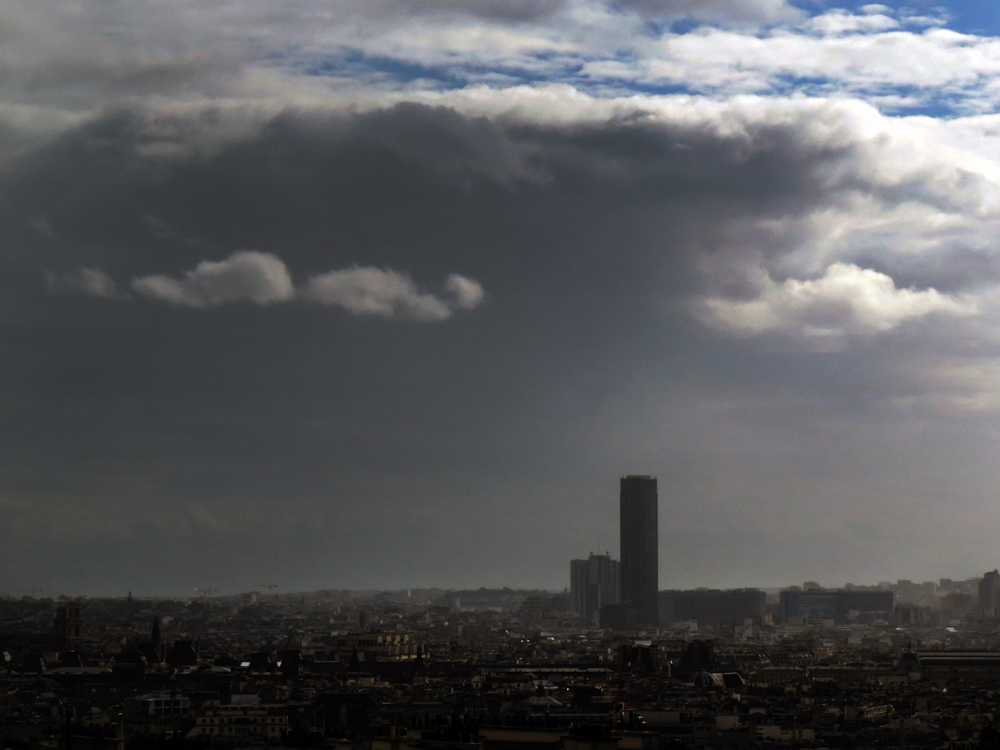 Those airs through these photos. A bottle skies. Leaves stains pavement.

With juxtaposed oil thick flowers we get to see Vincent’s grave. All this

And Antonin’s tomb. Alongside Tristan Tzara’s. Charles Baudelaire, too,

Now provides us, as these lines as looks conclude the map’s made. 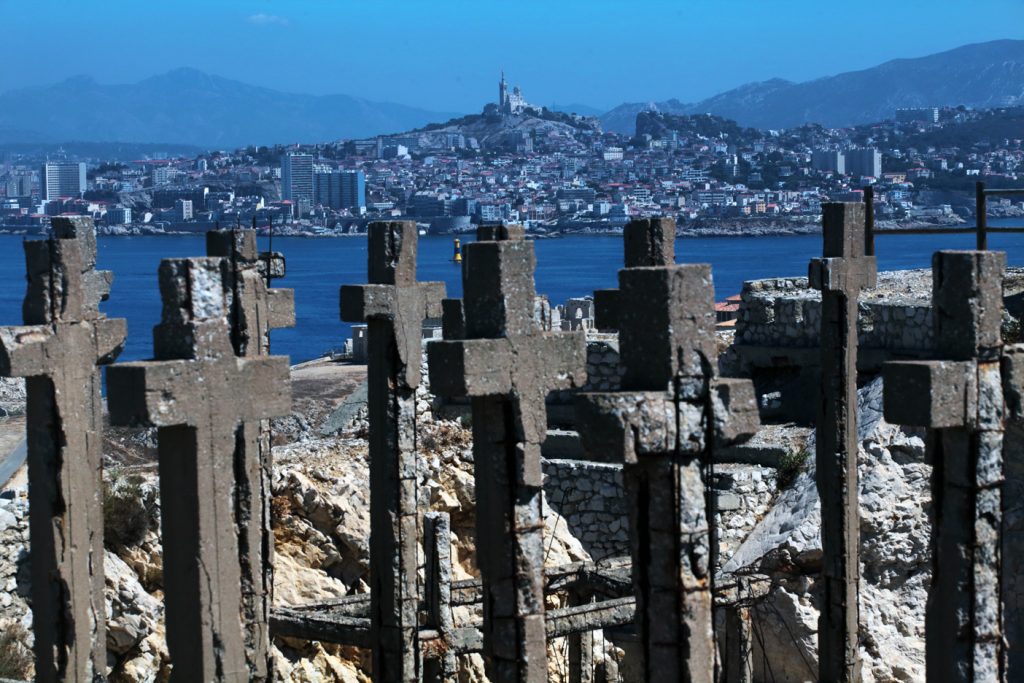 Reeves is a true travel guide for  us all and for all of us who can’t travel.

He sees without stalling. He looks both beneath and above. And in framing all

Perhaps pictures as much as John Berger. High praise indeed. Read and reach it.

For here in these journeys and in this soul stained steals, there is love.

View all posts by David →
This entry was posted on 20 March, 2021 in homepage and tagged David Erdos, Max Reeves. Bookmark the permalink.