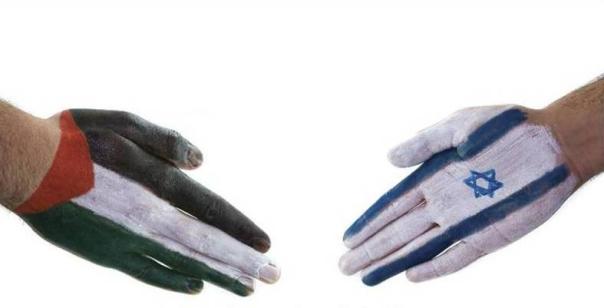 In regards to issues that relate to the traditional animosities that have freely thrived all around the Arab world (referring to Arab hatred toward the State of Israel) it becomes clearly evident that the initial vibe for such animosities have defined the widely accepted social psychology all throughout the Middle East and North Africa. In essence, these animosities are historically rooted which can be traced back to the establishment of the State of Israel occurring in 1948. There were already millions of Palestinian Arabs who had inhibited the area in which the British recognized as the monotheistic Holy Land; immediately after World War Two, the Zionist Movement acted on what they recognized as a once in a lifetime opportunity to declare the State of Israel with the full support of the international community. Such an end was not too difficult to achieve because the holocaust was just yesterday’s memory and international sympathy went out to the Jews who did not even exist as a race in continental Europe anymore (respective of that timeframe). The creation of Israel did not happen immediately after the war, rather an intense civil war had raged between the Palestinian Arabs and the Zionist settlers who immigrated to the Holy Land to establish and restore the State of Israel as it was territorially known in what much of the Judeo-Christian world recognizes as its ancient platform.

Once the creation of Israel was achieved, millions of Palestinians were expelled from their villages, cities, and farms in which their families were living for centuries. In this sense, they were essentially forced to leave their homes at gunpoint which created the first major wave of Palestinian refugees. Pan Arabism is a sentiment that has been widely felt among Arabs for centuries and it resembles the mentality of NATO; this being an attack on one is an attack on all. Immediately, after the declaration of Israel by David Ben Guerin (interestingly enough, Albert Einstein was offered to be Israel’s first president in which he turned down due to his disconnection from anything related to extreme nationalistic inclinations), all of the surrounding Arab nations vowed to destroy Israel immediately after its creation; this was a sentiment that was largely purported by the pan-Arab solidarity movement and successive Arab-Israeli Wars would follow which would include Israel’s war for independence in 1948, the 1967 Israeli surprise attack on Egypt, Syria, and Jordan in which the mainstream military forces of all three nations were virtually destroyed in the aftermath, and the war of 1973 where the Arab military forces (excluding Jordan) made a comeback enabling the Egyptians to recapture the Sinai, but the Syrians lost the Golan Heights.

Now, there was obviously a dogmatic and psychological build up that led to the road to war and in the aftermath of all three, the deeply embedded scars are still there. During the Arab-Israeli wars, volunteers from nearly every Arab nation arrived to fight with either the Egyptians or Syrians in an effort to support the war against Israel. The sentiment of pan-Arab solidarity derives as a major driving force which leads to the condemnation of Israel; in addition, it is not like Israel is an innocent victim. Israel is essentially the most militarized nation on the face of this planet (even women must serve a mandatory two year period in the defense forces). There have been far too many hardliners that have been shaping and governing Israel since its creation and this has often led to a brutal war of attrition against the Palestinian Arabs in the occupied territories. So, where does this bring us? The Palestinians feel as if they have been robbed of their national livelihoods, the surrounding Arab nations lost their own lives and resources in their respective wars against Israel, and the Zionists feel ideologically justified because they felt entitled to international restitution immediately after World War Two combined together with the belief that it is their divine right to return to the Holy Land.

Even worse, the geo-political situation has not improved since the 1973 war, the hatred/animosities are still there on both sides, and every time Israel launches an incursion here or an airstrike there, even more hatred and contempt is created which is then geared toward Israel and what it stands for as a nation. Obviously, the situation is very tense and often times, the incumbent Arab governments up-play the Israeli-Palestinian issue so that their own people will focus more on that particular struggle rather than the widespread corruption and misappropriated use of power that is occurring in their own respective nations. This has created a propaganda machine that is put into place by the incumbent power structures and governments throughout the greater Arab world. All the while, their own populations suffer from massive unemployment and astronomical inflation; the situation in Egypt is a pristine example. Beneath this system, the general population is essentially propagandized to buy into the fact that life is tough simply because the Israelis continue to exist on the map. When the people concentrate their national attention spans on the many shortcomings and social injustices that exist from within their own nation, then a revolution is sparked; this is essentially what had happened during the Arab Spring. Once the people began to realize that their problems were much bigger than the Palestine-Israel crisis, they took action by revolting, but of course there are also clandestine forces that were at work which triggered the Arab Spring right from the get go; however, that is an entirely different subject matter to address.

So, as we can see, the Palestine-Israel crisis is very tense which has been attributable to the fact that numerous lives have been lost, open genocide has been committed, entire races/nations have been undermined, and the situation does not seem to be making significant progress towards peace whatsoever. On the Palestinian side of the spectrum, their own people are divided into two different camps which include those who are totally insensitive to the plight of their people/cause and those who are radically extreme. In retrospect to what monotheism teaches us, it has been mandated by Almighty God that the Jews will in fact re-establish themselves in the Holy Land toward the end of days; it seems that the vast majority of people (this analogy is not specifically limited to the Arabs) are not even able to establish this simple connection that is stated in their own religions (at least those of us who subscribe to a monotheistic religion). Simultaneously, so many extremists/zealots love to pride their own egos on being overly religious than the other guy which highlights an immense contradiction! So, the ultimate culprits are public obliviousness, propagandized trends that are not even based on reason, common ignorance, and rhetorical hypocrisy. Now, any fair balanced or peace loving individual will NOT be a fan of Israeli militarism or Palestinian suicide bombers for that matter, but a practical, pragmatic, and reasonable approach needs to be taken in order to address this grave situation. Let’s face it, the Palestinians are not going to drive the Zionists back into the Eastern Mediterranean (the Arab nations already tried doing that on three different occasions) and Israeli nationals are not going to suddenly decide to immigrate back to the nations where their grandparents came from immediately after World War Two.

The Israelis do not have it all wrong whatsoever; they have a progressive social infrastructure, universal health care, a proactive education system that engages the entire population (Israel retains the highest number of PHD degrees per capita on the planet), government transparency (of course corruption does thrive within the halls of the Israeli government), and a genuine democratic process. The combination of all five is the envy of every Arab nation and the vast majority (with the exception of the elite Gulf Arab nations) do not even marginally compare when put into perspective with their “sworn adversary”. A rather radical suggestive solution insists that the Palestinian Arabs and Israelis must take it upon themselves to merge together beneath the banner of a single form of sovereignty; the Israelis are already living with Arabs in their own midst (they are known as Israeli-Arabs) who receive the same treatment and rights as they do.

This new nation would deter extremist dogma, embrace the diversity of the other in a way where both would recognize the right of the other party to exist, devise an economic system that would engage both nationalities in an interlocking mechanism, and ultimately maintain a sustaining peace encouraging the continuation of such a radical experiment. In turn, the Arab brethren of the Palestinians can then focus on the issues that stem from their own respective nations in an effort to demand the deliverance of representative democracy while cracking down on government corruption which could potentially lead to their industrialized emancipation; the latter leads to internally mechanized self-sufficiency from the dominating political/economic powerbrokers of the world. This is the most reasonable and in many respects realistic approach to take; however, most cannot bring themselves to a point where they can recognize and embrace reason (especially in this troubled region). The latter sentiments are the primary contributing factors why the Middle East and North Africa continue to be recognized as darkened black holes of political corruption and social backwater, but little do they know, there is always a way to change the incumbent status quo. In the end, we must believe in a common phrase that suggests a classic statement which reads: “wherever there is a will there is a way.”

Unfortunately, whenever such a proposition is posed toward someone who could fit into the norm of the typical Arab mindset, they have the great tendency to get struck with a certain feeling of disbelief as if the individual who is petitioning for such a call to action is some kind of sell out, but all things aside, the reality of the situation must communicate a dire need to change and adapt to the real world situation as it exists on the ground level. In many respects, those who treat the Arab-Israeli situation as a matter of pride and dignity merely have the mindsets of grown up children anyway. Coming to terms with the fact that the world has indefinitely changed is probably one of the most difficult realities to swallow for any given generation; whether past, present, or in the future. Nonetheless, if there are no significant strides that are taken toward the theme of Middle East peace, then the geo-political situation will remain stationary and the people will suffer the cost of its stagnation; beneath the umbrella of this reality, minimal strides of progress must at least be overemphasized.

Omar Alansari-Kreger
Image is courtesy of the Israel Peace Project.

View all posts by Claire →
This entry was posted on 31 January, 2013 in homepage and tagged Israel, Middle East peace, Omar Alansari-Kreger, palestine. Bookmark the permalink.