Posted on 9 February, 2017 by Heidi Stephenson 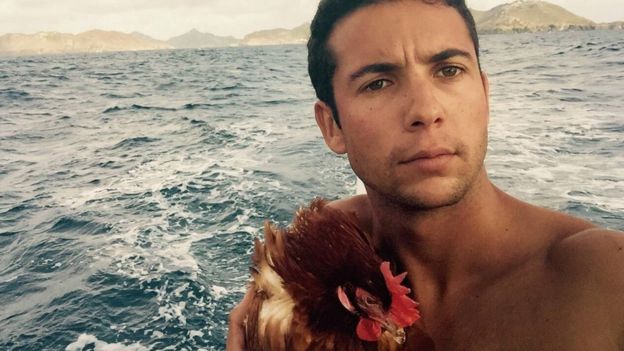 “I knew she was the one straight away. She was only about four or five months old then, and had never left the Canary Islands. I didn’t speak any Spanish and she didn’t speak any French, but we got along…She follows me everywhere, and doesn’t create any problems. All I need to do is shout ‘Monique!’ and she will come to me, sit on me, give me company. She is amazing. Compared with people, she doesn’t complain at all.” (Guirec Soudee) 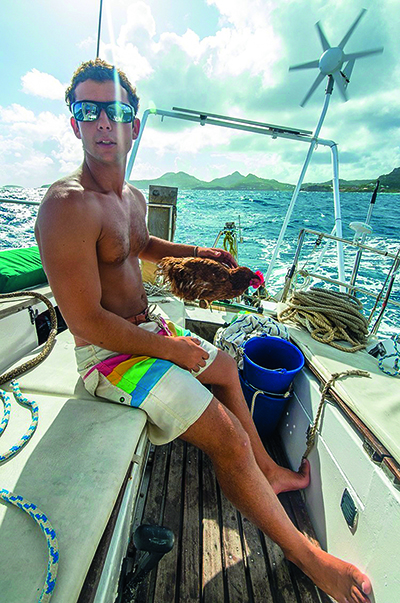 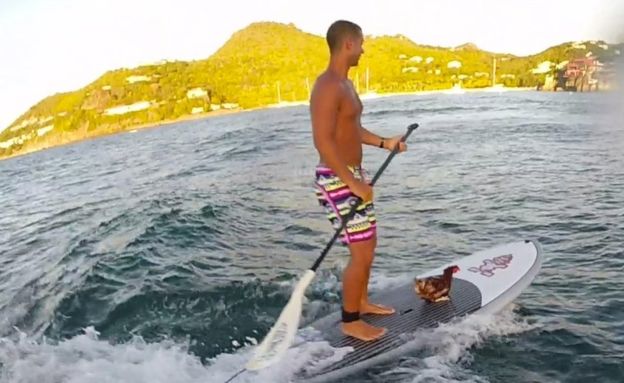 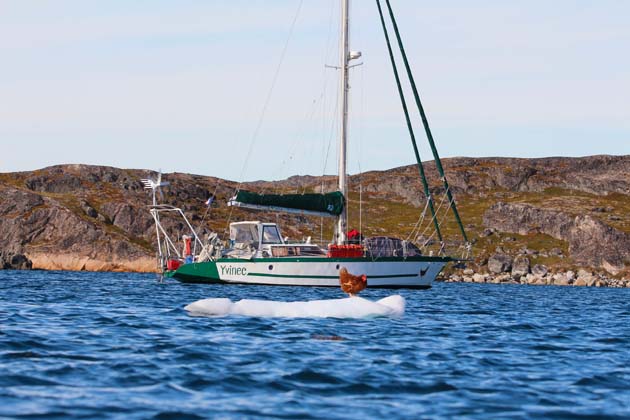 She’s an arctic explorer,
Not “poulet” – but pioneer.
A Stella Maris, 1
A star sailor. Her bird brain
Is considerable.
Her memory,
Her ability to learn… 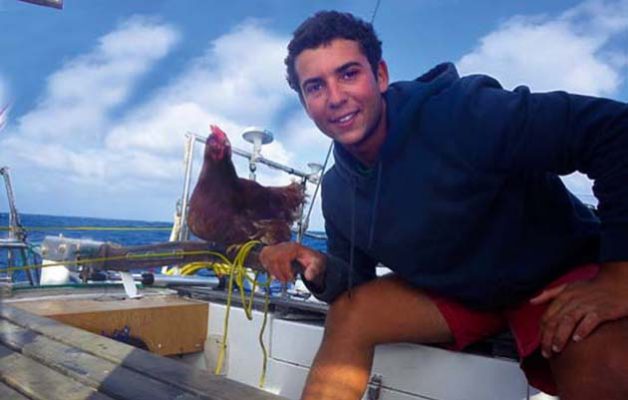 She’s a glorious Gallus gallus.
A solar-savvy, sun bather:
A chicken roasting
On her own terms. 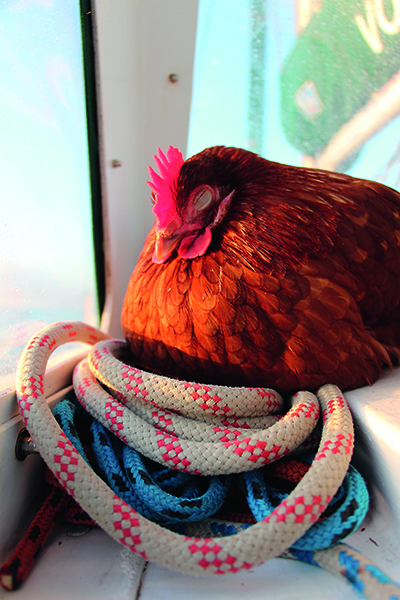 Her wish bone
Is for freedom.
Her feathers are ruffled
Only by the breeze now.

Her ‘drumsticks,’
Were made for dancing;
Her sea legs, her chicken’s feet,
For rolling with the swell. 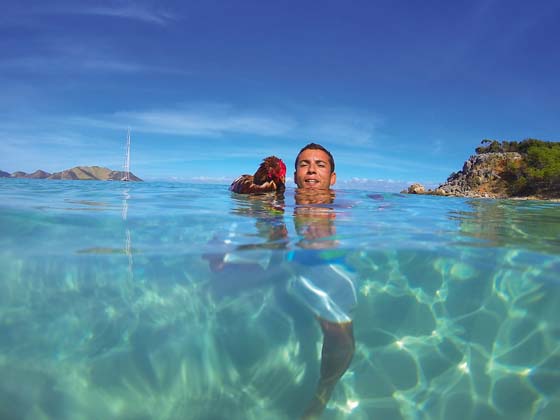 Her wings re-balance her.
They will never drip
(Like those of her poor sisters)
With blood, with bar-be-cue sauce.

Her saucepan is not
For boiling up
Her body parts –
But for boating! 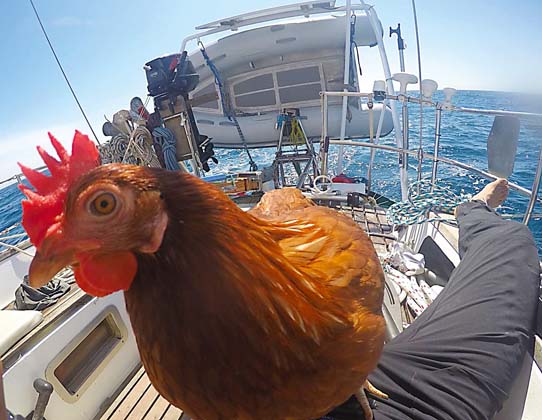 The wildness
Of the high, high seas,
Instead of darkness
And enslavement.

She’s a hen with a mission.
“We need a sea change,”
She tells us, with her keen eyes.
“We need to turn the tide.”

“Take stock!
Listen to these nuggets of wisdom!
Pluck up the courage, and see!
All RIP tides must turn now.”

“We need fowl play –
Not foul play!
We need boosters
For roosters!”

The chicken,
And the egg.
As it was,
In the Beginning…

The chicken and the egg – facts and figures

The life of a layer

2017 marks 70 terrible years since ‘factory farming’ was officially introduced in the UK.

2017 is also the Chinese Year of the Rooster.

View all posts by Heidi →
This entry was posted on 9 February, 2017 in homepage and tagged Guirec Soudee, Heidi Stephenson, Monique the sailing hen, yachting world, year of the rooster. Bookmark the permalink.