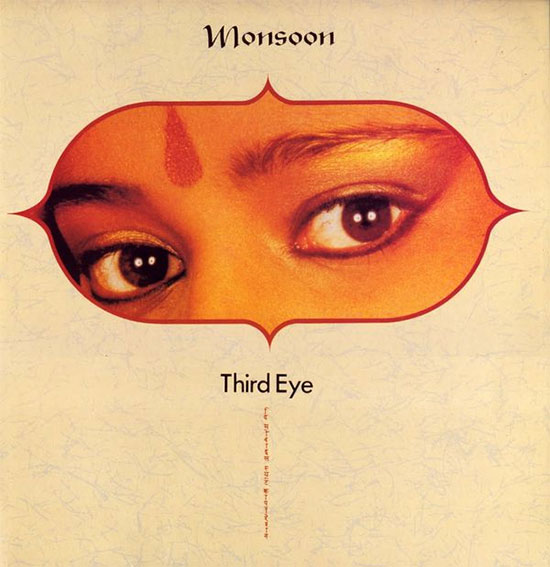 It wasn’t until 1982 that an Asian band made it in to the UK charts and on to Top of the Pops, and Monsoon were the band who did it. ‘Ever So Lonely’ was – for want of better words – exotic and strange, arriving well before what became called World Music, with plaintive singing, tabla rhythms and sitar grooves. It was hypnotic and addictive, as was most of Third Eye, the album that contained the single.

Monsoon only ever produced that one album, although Sheila Chandra would go on to release several pop albums before signing to Peter Gabriel’s Real World label and recording some amazing experimental vocal albums. Then she was struck down with a rare disease that made even talking, let alone singing, painful and almost impossible.

Cherry Red’s extensive reissues campaign of intriguing music has now alighted upon that single Monsoon album, and expanded it to include Capital Radio sessions and various remix singles, including a quartet of 1990 Ben Chapman versions of ‘Ever So Lonely’ as well as the original 1981 EP version and version in Hindi.

As ever, it’s debatable what actually adds to the album and what is just obsessive completeness reissue syndrome. It’s certainly interesting to hear that EP version and try to work out exactly what is missing. The vocals are just as sultry but the whole thing feels more acoustic hippy than Asian, and the whole thing lacks the dynamics of the following year’s hit single.

‘Shakti’, one of the other two singles from the album, feels somewhat similar to ‘Ever So Lonely’ but again lacks a certain oomph; the handclaps are very dated too! Best track on the album, and certainly a single that should have been a hit, is the band’s take on The Beatles’ ‘Tomorrow Never Knows’, the best version of this song I have come across. The album version is an amazing four minutes of psychedelia, and if the single version rather foregrounds a dumb bass line and some 80s percussion, as well as cutting a minute off, it at least retains the odd keyboard (or mangled treated guitar?) solo that appropriately disrupts and distorts the whole thing.

Actually, the album is amazingly psychedelic throughout. Flute weaves throughout tracks like ‘Kashmir’, there’s lots of piano, complex rhythms and that wonderful soaring voice intoning through and above the music. I’m almost tempted to believe the press release’s assertion that Monsoon were ‘the band that opened up the UK’s cultural consciousness to new possibilities – and changed it forever.’ If they weren’t they should have been, and if the second CD here is pretty dispensable, this is a timely and welcome reissue for a shamefully neglected groundbreaking band.

View all posts by Rupert →
This entry was posted on 29 October, 2022 in homepage and tagged Rupert Loydell, Third Eye (Expanded edition). Bookmark the permalink.