Movements Through Time and Place 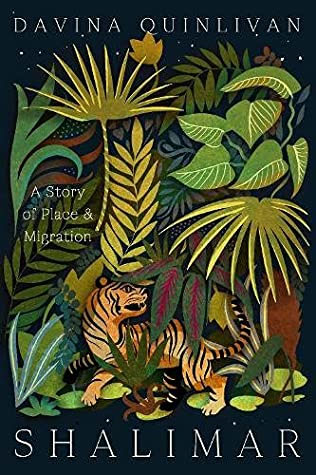 Davina Quinlivan’s non-fiction book is part memoir, part geography, part family history, part philosophical self-exploration. It is moving, lyrical, personal and immensely readable. The book moves from Burma and India to the London suburbs, on to Surrey and then Devon, where the author is currently settled with her partner and children. En route she explores place and considers when that becomes home: how to become adopted by a new place and different culture, how to negotiate difference, in all its forms.

What emerges throughout the book is that we are made from and contain our past. Quinlivan carries Asian memories, stories and attitudes despite having been brought up in West London, and these merge, change and inform the places she adopts. So her father may have picked mangos as a child, but she has to negotiate a suburban apple tree and later learn the names of the trees in the woods near to her home. Yes, there were temples and Indian communities in London, but there are also myriad other races and religions all (mostly) jogging along together. And this is not the case the Devon villages: she is aware of being other, even as she is accepted by and engages with the community.

Sometimes her familial stories are strange and awkward, almost asides about distant aunts or perhaps imaginary memories, told to the reader third hand. Sometimes, as Quinlivan digs into herself to express how she feels about things, she adopts a magic realist style, where the Green Man is as likely to appear as a Devonian neighbour or Hindu god. Everything is made strange, seen anew, or considered in almost hyperreal way: Quinlivan teaches and writes about film and cinema, and brings a sense of that medium to her writing.

Mostly, she is able – just as films facilitate – to travel in time and place, combining strands of thought to reflect on the juxtapositions, the differences, the way we live our lives. She is self-aware and an author who pays attention to each and every thing around her: nature, others, history and how place is affected by everything. And how each of us, including herself, responds to place, how each of us carries a familial and cultural history with us. She may have not been able to return to Shalimar, the name of an earlier family house, but she has recreated it for herself and found a kind of peace, migrant though she proudly remains. 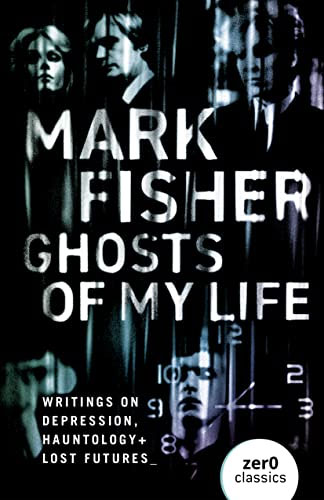 Mark Fisher’s work continues to gain critical acclaim and readers, even though he is dead. Zero Books have reissued his 2014 collection of essays, Ghosts of My Life, as a Zero Classic, with a new introduction and afterword. I expect Fisher to be canonized at any moment, his cultdom having already been established by the publication of k-punk, a vast gathering of collected and unpublished writings, and Postcapitalist Desire a planned and unwritten book he was working on through a series of lectures; the book is based on his lecture notes.

Facetiousness aside, I don’t think this is Fisher’s best book. I’d muddled it up with a later volume, The Weird and the Eerie, a much stronger work. Reading this through again it feels very much of its time, and very much a compilation of previously published articles and reviews. A lot of it seems like enthusiasms from the time as Fisher discusses the TV programme Life on Mars, David Peace’s novels, the later music of John Foxx, and enthuses about The Caretaker, Burial and other dubstep and jungle artists. Even a serious piece on Jimmy Savile now seems dated and somewhat obvious, even though it develops a coherent and powerful argument about celebrity, power and nostalgia.

These are all themes Fisher returns too throughout his writing, and when he considers music or films or books that seem more established or lasting, – such as Patrick Keiller’s films, Joy Division, Sebald and Le Carré’s Smiley – he has lots to say, and lots of critical and contextual material to work with. Elsewhere he sometimes resorts to enthusing and recycling political opinion, or using the then hip lens of ‘hauntology’ to discuss his subjects.

What is excellent though, are the two new essays, although there still seems an element of backslapping going on. Matt Colquhoun’s Introduction contextualises Fisher’s work and makes a strong case (even if I disagree) for Ghosts of My Life being a foundational book for the author. It also acknowledges the ‘paradoxes and contradictions of Fisher’s thought’, which he suggests ‘weave a psychedelic and atemporal tapestry’ that engage with spectres of lost futures’ are sent to us from the past.

Colquhoun, who edited Postcapitalist Desire and wrote a book on ‘mourning, melancholy and Mark Fisher’ after his untimely death, has helped sustain what Simon Reynolds in his Afterword calls ‘the Fisherati’; however, both authors were in dialogue with Fisher, and Reynolds concept of nostalgia and revisiting the past arriving sooner than ever, and the resulting book Retromania, informed some of Fisher’s ideas. Reynolds is not scared to criticise Fisher’s work as he attempts to understand the despair and social and political decline and despair that drove Fisher to suicide, declaring that readers must ‘find new ways to balance pessimism of the intellect and optimism of the will, the need for realism and the imperative to dream a new reality’. It is, he implies, what Fisher would have wanted, and what his ghost talk continues to facilitate. 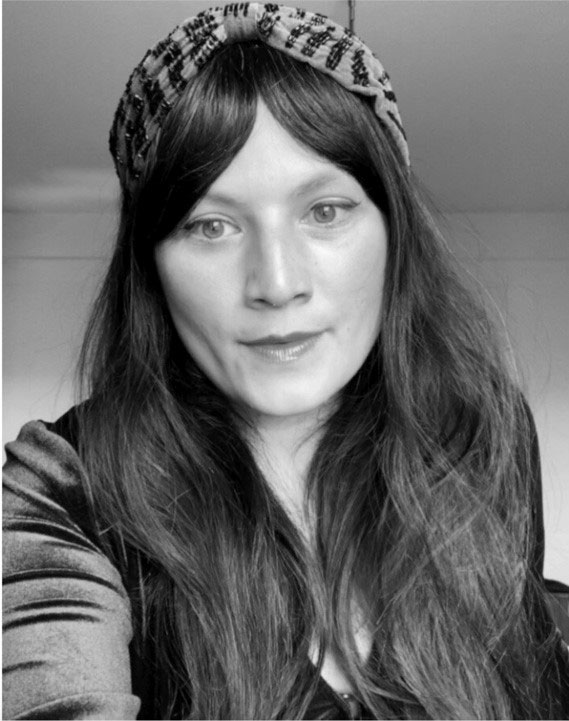 View all posts by Rupert →
This entry was posted on 13 August, 2022 in homepage and tagged Davina Quinlivan, Rupert Loydell, Shalimar. A story of place and migration. Bookmark the permalink.