Posted on 8 February, 2020 by Rupert Loydell 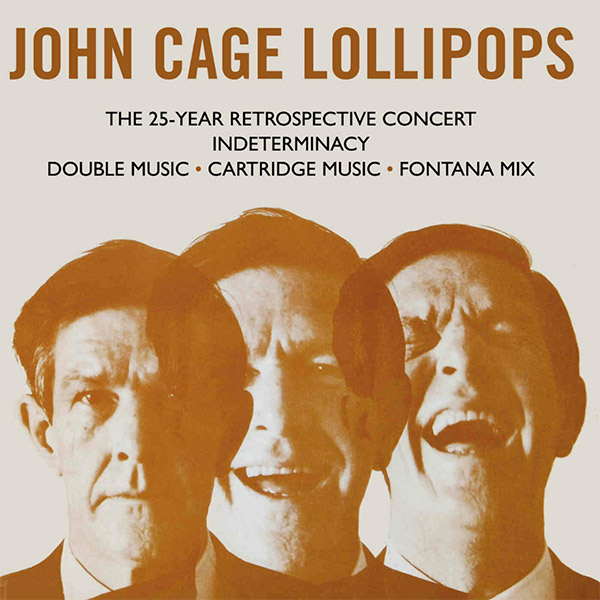 I used to be someone who would boldly claim that John Cage’s writing and theories were more interesting than his actual music. Although I’m a great fan of collage, cut-up, chance procedures and the like it seemed that his lasting influence was mostly derived from his books, starting with Silence in 1961: improvisers and contemporary classical composers all mentioned this text and others in interviews and sleeve notes; it was what used to be called ‘a seminal text’.

Over the years however, I heard more recordings of Cage’s music and changed my mind. I was lucky enough to see Cage playing conch shells full of water at a Merce Cunningham dance piece back in the 1980s, and one side of Voices and Instruments, an album issued by Brian Eno’s Obscure Music label, featured five versions of John Cage pieces, including two lovely pieces featuring Robert Wyatt.

Ears opened, it wasn’t long before the LP crate rummaging I used to indulge in yielded various other John Cage works and albums; and a new generation of musicians such as Sonic Youth not only namechecked Cage but recorded radical new versions of his compositions. His books don’t appear to have ever gone out of print, and he is now regarded as a fine artist, text artist, composer and philosopher, not to mention mushroom expert (a mycologist if you must know).

Lollipops is a wonderfully cheap triple CD which gathers up recordings from a 25th Retrospective Concert, including the Sonatas and Interludes, along with original tape recordings of pieces like the collaged Fontana Mix and the challenging and noisy Cartridge Music where record player cartridges are manipulated by the musicians. These feature David Tudor, an accomplished musician in his own right, but one who spent many years dedicated to working with Cage.

Best of all to these ears is a piece new to me – Indeterminacy: New Aspect of Form in Instrumental and Electronic Music – which feature Cage reading very short short stories whilst David Tudor interjects piano and tape sounds. It’s a four part work, unfortunately spread across two CDs, but at this price one mustn’t grumble.

If you are willing to listen, and take Cage’s suggestion that music is simply the arrangement of sound in space, and the composer simply an arranger of those sounds, or at other times a facilitator enabling listeners to listen to the world around them (This is what Cage’s infamous 4’33” piece was about, the ambience of the world, paying attention to the sounds we move through), then you will enjoy these sometimes challenging and abstract compositions. I certainly do.

View all posts by Rupert →
This entry was posted on 8 February, 2020 in homepage and tagged Cherry Red), John Cage (3 CD, Lollipops, Rupert Loydell. Bookmark the permalink.