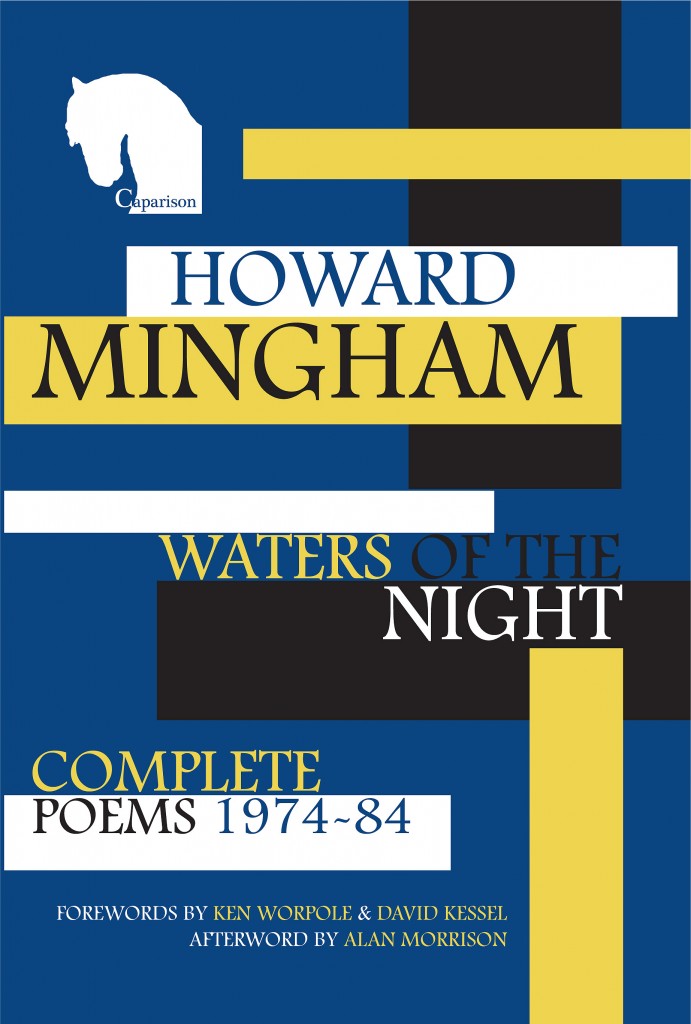 HOWARD MINGHAM was born in 1952 in Norfolk and moved to Hackney at the age of ten. He was
educated at Hackney Downs School and Kingsway College. Schizophrenic, he was one of a group of socially
marginalised writers who attended the Hackney Writers’ Workshop, which started meeting fortnightly
at the Centerprise Bookshop in Hackney in 1976. The alternate Wednesday evening meetings were convened
by writer Ken Worpole (Dockers and Detectives, 1984) who, along with Mingham’s friend and fellow workshop
poet, David Kessel, encouraged Mingham’s sublime and deeply lyrical poetry. Early one morning in 1984,
Mingham was found dead in the Cambridge Heath Road area of East London, having fallen from a tower
block. An ‘open verdict’ was recorded. The poems in this collection were originally published to accompany
a reading in celebration of his poetry and life which took place in November that same year. Other poems,
which first appeared in Hackney Writers’ Workshop 1 (Centerprise Trust Ltd, 1977), are also included. These
twenty-seven poems are all that are known to survive of the work of Howard Mingham, but together they
make for an astonishing posthumous discovery.
The book was launched on Saturday 16 June through the News from Nowhere Club at the Epicentre, Leytonstone. An autumn re-launch is currently being arranged by patron Ken Worpole.
Publication details are:
Waters of the Night – Complete Poems 1974-84
by Howard Mingham
Forewords by David Kessel & Ken Worpole
Afterword by Alan Morrison
Caparison (2012)
imprint of The Recusant
can be purchased from http://www.therecusant.org.uk/#/caparison-e-books/4538998565
Tweet
This entry was posted on 5 July, 2012 in homepage, Uncategorized and tagged Caparison e-books, Howard Mingham, Howard Mingham Complete Poems, Waters of the Night. Bookmark the permalink.