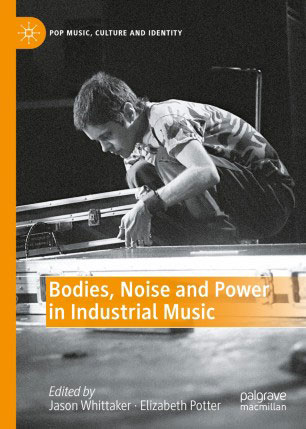 This timely and diverse book presents accounts of new developments in industrial music. If you’re looking for a history of the genre a reliable guide is S.Alexander Reed Assimilate: A Critical History of Industrial Music (Oxford 2013) which of course is not fully up to date. The current book consists of an Introduction and nine chapters looking at very different aspects of industrial music, although certain staples recur frequently like Throbbing Gristle, pioneers of the genre, and Nine Inch Nails. The editors are Jason Whittaker at the University of Lincoln, and Elizabeth Potter of York University who is doing a PhD on William Blake, and Whittaker is also a Blake specialist.

The Introduction explains the organisation of the book; beginning with four chapters on ‘the body as a site of performance in industrial music and culture’ (p17); the next three on ‘different aspects of music and noise’; and finally two chapters on ‘power relations in industrial noise and bodies’. Thus we have these themes of what the music is doing now, as well as discussing key thematics of power interactions and body consciousness. The book can then be read as either essentially about the music, or more broadly conceived in the position of actors in society. A keynote text for body awareness if not angst is Elaine Scarry’s The Body in Pain: The Making and Unmaking of the World (Oxford 1987).

The book highlights how music can transcend the aural limitations of ordinary language so, as it were, to try to express the inexpressible. There often just aren’t words cogent or affective enough to be able to convey the experiences involved.

There is also an awareness of the body as place of last resort, what essentially defines the individual subject and his situation as social actor. Aspects of violence and masochism are not particularly unusual, and the final chapter deals with an account of the Nine Inch Nails video for Broken, which has quite an amount of shock value, a fugitive video requiring an amount of effort and resolve to seek out.

A notable commentator on industrial music has been Jon Savage, who identified five key aspects of it,- organisational autonomy; access to information (the notion of an information war); use of synthesisers and anti-music; extra-musical elements, and shock tactics. (p41) As far as shock tactics go, the parallels with a Brecht or Artaud (‘theatre of cruelty’) are apparent and it was not unusual for stage performances to come with visual depictions of extreme body states. Industrial music also identifies itself with the disenfranchised or indeed power subordinate who find it difficult to assert a convincing site of self presence; hence the resort to the body, almost a final line, but there is also the body-mind conjunction while lucidity of thought might still be attainable, although there is no denying that thinking can be obliterated by overwhelming pain as a dominating condition.

Industrial music then has a strongly oppositional aesthetic; it is certainly not mainstream and channels experiences of isolation, discomfort, pain and rage. The creation of this music genre was greatly assisted by the availability of cheap digital instrumentation after about the 1980s. This particular book, closing as it does with a vivid description of the fugitive Broken video does lay the stress on the body and its experience of pain; although ecstatic states are also not inconceivable. Masochism becomes linked to bodily discipline. Whittaker and Potter describe how ‘As Gunn, Khamis, and Collins observe, since the first use of the terms, industrial music and industrial culture have proved to be very broad churches, involving a wide range of styles from abrasive noise to dance and electronic body music.’ (p7)

This music then might be described as a genre of dissent. As one description has it, it can be harsh and challenging. The protagonists are not representative or reputable players in society, they as it were want to populate other kinds of sites and experience, be they pleasant or painful, though industrial music is known for its frequently severe dissonance, albeit that it can occasionally venture into absorbing melodic or dance music. The scene can sometimes seem unrelenting; dipping into states of exaggerated anger or masochism might on occasion be seen to leading into a vicious circle, where release is a long way off, while complications mount. As the Introduction states ‘For those following in the path laid out by Throbbing Gristle, anti-music was a form of disruptive information designed to shake the listener out of complacent acceptance of the systems in which they found themselves.’ (p9) 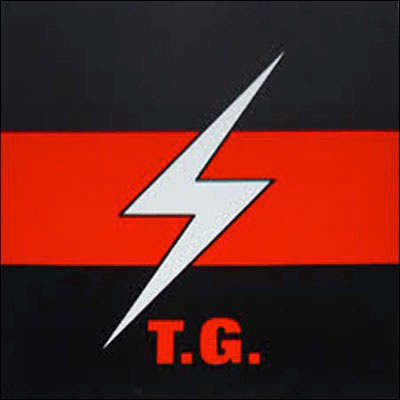 So that this is a very pertinent update on the present condition of industrial music, a trail blazed by Throbbing Gristle particularly from The Second Annual Report on but taking in quite a variety of musical acts, including the roster at Chicago’s Wax Trax Records. Marilyn Manson in the US, briefly mentioned here (p5), has been associated with this genre, as of course also Nine Inch Nails. Throbbing Gristle are no more, P-Orridge died in 2020. The future of the genre is open to question with these certain elements being taken up in the States. The genre exploits dissonance almost to the point of noise music, and has some qualities at times of dark ambient or black metal. It has become established with a small but resistant coterie of adherents. As a singular niche the music would appear by now to have well established itself, but like so much is a genre in continuous transition.

Tweet
This entry was posted on 26 March, 2022 in homepage and tagged Bodies, Clark Allison, Noise and Power in Industrial Music. Bookmark the permalink.