Posted on 8 November, 2017 by Ethan Harrison 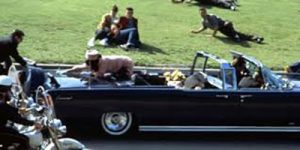 New documents released by the US government regarding the JFK assassination have finally proved, beyond any shadow of doubt, that all modern mainstream journalists are a bunch of shitbags. This is the obvious conclusion assumed by world citizens after, once again, ALL international media outlets have pretended they cannot use Google to see evidence viewed by everyone else on earth proving that John Fitzgerald Kennedy was definitely murdered by the same gangster elements which continue to pollute US politics today. It is now estimated that only a measly 1750 men and women across the world still ‘say’ they believe the US government’s official version of events surrounding JFK’s murder and that these individuals all, coincidentally, either work for newspapers or TV channels.

Of course, one would naturally expect US corporate media; CNN, MSNBC, ABC, NBC, The Washington Post and The New York Times ‘unable to use Google‘ as they have always been a gang of sweaty-faced, right wing, lying scum capable of selling their neighbours for medical experiments. However, one may be a little more surprised to discover; The Guardian, Channel 4, Channel 5, The Evening Standard, The Independent and the rest of the useless UK press, either have no bollocks whatsoever or are simply incapable of using a computer to see the millions of pieces of overwhelming evidence contradicting the government’s ridiculous ‘story.’

Barry Bonus (52) heading a national committee investigating Standards of Press Legitimacy and Integrity (S.T.O.P.L.Y.I.N.G.), commented, ‘The Guardian must have baked beans for brains. In their article dated 26/10/2017, Phillip Shenon states “All of the most credible evidence continues to point to Lee Harvey Oswald as the lone gunman in Dallas” when a five year old can see the shot that blows Kennedy’s head off comes from the front, reducing his [Shenon’s] entire proposition, career and, no doubt, his entire political paradigm, to a bucket of donkey’s piss. This is exactly the kind of remedial, slack, spineless reporting currently driving a wedge between society and the mainstream press which, in turn, produces the modern phantasm of ‘Fake News‘. It is then surely no coincidence that sales of papers are ever decreasing as people go look for themselves rather than being lied to by some fat-arsed, lazy reporter who cannot use the internet properly which, in itself, makes the Guardian’s woeful plea on their website for a £5 subscription fee to pay for ‘independent’, ‘investigative’, {please} ‘journalism’ even more offensive and insulting. But I guess that most journos would rather live comfortably in Islington enjoying their privileged lives toeing the war machine line rather than gravitating toward more awkward, and potentially revenue depleting principles, like the truth and justice. Remember, if the Guardian, and the rest of the pathetic UK paparazzi, are prepared to overlook the mountains of evidence incriminating a right wing coup d’etat from within the US government murdering the most important politician for a 100 years in broad daylight which, in turn, led to the 14 year-long Vietnam war consigning millions upon millions of souls to the abyss, imagine how little it will take them to overlook any suspicious circumstances surrounding your own untimely death: A new espresso machine? Maybe a $25 polyester polo shirt? How much do you think YOU are worth? Also if they cannot get this right – one of the most obvious and crucially important conspiracies of all time – what the fuck can they get right?’

Ethan Harrison is the republisher of http://illuminatihunter.com/

View all posts by Ethan →
This entry was posted on 8 November, 2017 in homepage and tagged Ethan Harrison. Bookmark the permalink.