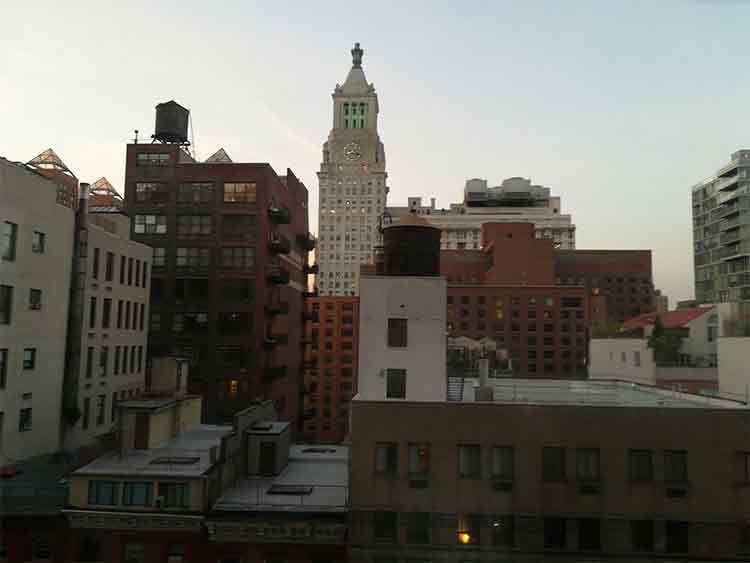 Firetrucks swerve around the corner; my coffee is still ablaze as the music takes the tempo down. You’re the other end of a phone line, but it’s computers now and I don’t really understand how one way of texting and sending photos is free but mobile phoning isn’t. I get up, you’re halfway through the day; I come back late afternoon to contact you before you go to bed.

Do I watch the street outside or read the book I brought on the trip with me? Why is the city so different when it’s not? How is it different? Sunshine, types of cars, different walks and shapes of people. especially when the garbage is put out in the evening. Gutter stench and toned bodies, hiphop, rap and funk, sprawling bodies. Lots of purpose, friendliness and moving around.

Unexpected summer, they said. An airhorn blasts to specific songs – tired acid house to these ears. Others were watching the basketball. Small groups drifted in and drifted out, drifted in and drifted out, sometimes without drinking. In the lecture theatre the composer showed us clips of multimedia concerts on the theme of work, the dignity of labour. Huge faces of miners melted into one another, followed by close-ups of an airplane pilot many years ago, then parasols spinning. The music surged and repeated, relentless, but the vocals were strangely operatic and mannered.

Sometimes I feel very white. Like in the bar last night. The bouncer, size of three normal people, intimidating until he shared he has an English girlfriend. Every black and latino on the street stops to bump fists or kiss him on the street. The guy at the comedy club was the same – imposing – but then did a little routine with the guy reading out the reserve names list.

What’s better? Why, over here is. Despite the rap on the stereo, this little coffee shop is cool. It was here four years ago and is still the same: stools and high tables, minimalist squares and stripes painted on mirrors (not quite minimal enough) and two large photographs of a distant horizon. I’m awake now, the layers of loops and voices rising and falling over the beat.

I’d forgotten how cosmopolitan this city is, forgotten New York is not as liberal as we think. Comedians try to break boundaries or taboos we thought weren’t there anymore. One routine goes wrong, gun law jokes become shooting jokes, becomes a rant against the homeless on the subway, and then a rant against everything. But the final guy is mad – anarchic in the best sense. He’s trying out new routines on us and himself. UFOs, whites, politics, race and drugs, everything, in long, rambling routines that occasionally peter out as he traps himself.

So what’s better? The city hum outside, window slightly open, or the air conditioning’s relentless motor chilling the room? Morning light is bright and I’m not in time with time here. This trip’s felt like work, travel’s got me down. Woke early and tried to stay with it, begin and carry on. 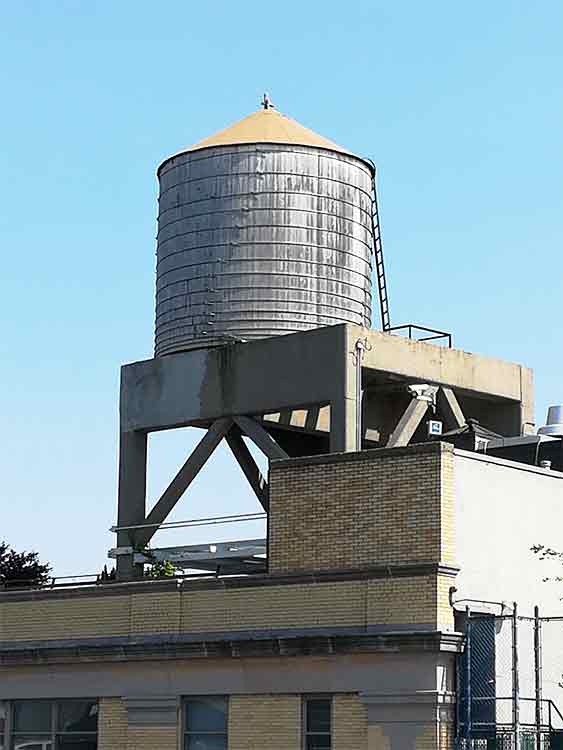 View all posts by Rupert →
This entry was posted on 11 July, 2018 in homepage and tagged New York, Rupert M Loydell. Bookmark the permalink.