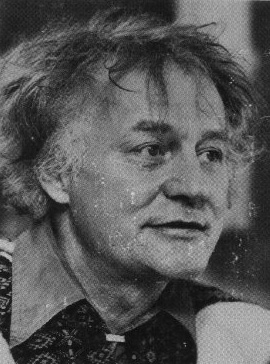 Robert Bly has been a singular influential presence on the American poetry scene for five decades, but also more broadly and with frequent visits to the UK because of his pioneering work for men through the best selling Iron John. He is also widely known as a translator: initially of Rumi, encouraging Coleman Barks’ subsequent years of devoted work, and also Kabir as well as other significant 20th C poets like Antonio Machado and Tomas Transtromer. He has also been an inspired magazine editor and anthologist with News From the Universe (which hugely inspired me as a young poet) and Rag & Bone Shop of the Heart (with the late James Hillman): the kind of anthologies you just don’t see in this country despite the efforts of Neil Astley at Bloodaxe. Robert is that rare thing: a poet who is both spiritually and psychologically literate, and capable of political engagement, with his deep awareness and diagnosis of American imperialism (as ‘greed’), and his own vigorous opposition to the Iraq invasion in his poem ‘Call & Answer’, and subsequently the landmark collection The Insanity of Empire. His work, I believe, touches greatness here, to something Eliot, Tagore and Yeats would have recognized in the bigger picture where visionary poetry belongs; and where these ingredients I have named are always the hallmark of greatness in a poet. His work here stands as an invitation to all of us to think bigger and raise our awareness to this more inclusive level beyond the kind of literary contractions which keep poetry small (and obscure). Bly’s poetry is not in a narcissistic/linguistic vacuum, it is transparently in the world and for it. Robert is now 85, a shining example of a wise elder still by grace in our midst. Salute him.

View all posts by Jay →
This entry was posted on 17 May, 2012 in homepage, Uncategorized and tagged American poetry, Iron John, Jay Ramsay, Note on Robert Bly, robert bly, The Insanity of Empire. Bookmark the permalink.