On Fashion and Euro Vision #Newsblitz 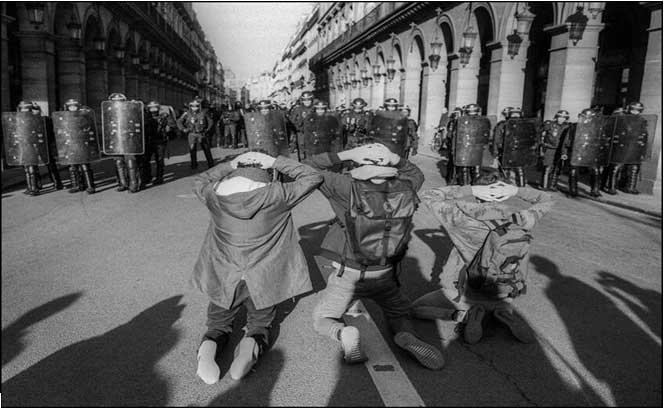 I spy with my little eye something beginning with…..P. [I can see you looking around.] YES! Correct! You spotted them too. P-rotests.

Three months of P-rotests in France. The revolt has started in November last year with the ‘gilets jaunes.’ The P-rotesters have called for lower fuel taxes, reintroduction of the solidarity tax on wealth, a minimum wage increase, the implementation of Citizens’ initiative referendum and Emmanuel Macron‘s resignation as P-resident of France. From yellow vests, the social unrest extended to include the ‘red P-ens’ when six teachers launched an online campaign against low P-ay and untackled aggression against teachers in schools and colleges. In a few weeks, the movement gathered over sixty thousand members, demanding P-ay renegotiations and P-olicy changes. 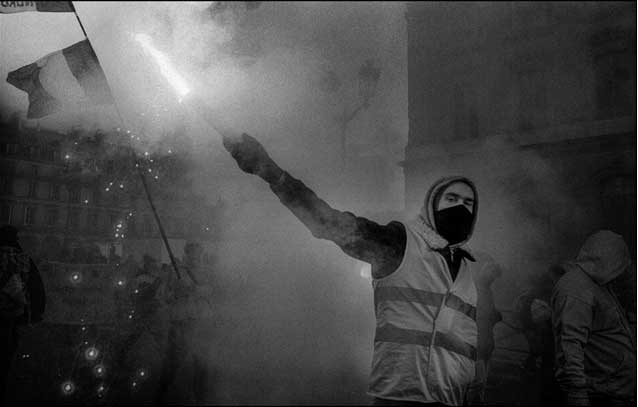 Further on, from ‘red P-ens’ to ‘red scarves.’ At the end of last month, a counter-demonstration occurred in Paris by a group identifying themselves by the ‘foulards rouges’ (red scarves) they chose to wear. The ‘red scarves’ are against the ‘yellow vests’ and reject the threats and verbal abuse aimed, they say, at non-yellow vests.

At the moment, it might be tricky to wear something in France without making a P-olitical statement. And maybe for this alone, not long ago, Britain chose to offer France a different approach to expressing discontent.

You might recollect, on 8th February, John Humphrys (who’d just announced his P-robable retirement from Radio Four) blushing over his microphone, when questioning the naked anti-Brexit campaigner. And during their discussion someone mentioned another word starting with P. This time was…P-rude. Whether John Humphrys is a P-rude or not is a matter of P-ersonal life, therefore irrelevant here. The media reported the rattling sounds in the studio, others were offended for having to imagine stark nakedness so early in the morning.

Looking back at the situation a week later, one can only see that nothing really changed. We are back to our daily routine, whilst Westminster is holding its nerve. Would you have imagined that a naked campaigner could P-rovoke a change in Britain, when thousands of P-rotesters and bloodshed fail to move an entire French government? I have to admit, I P-erversely thought that it could. P-ossibly.

Tweet
This entry was posted on 23 February, 2019 in homepage and tagged John Stadnicki, Maria Stadnicka. Bookmark the permalink.