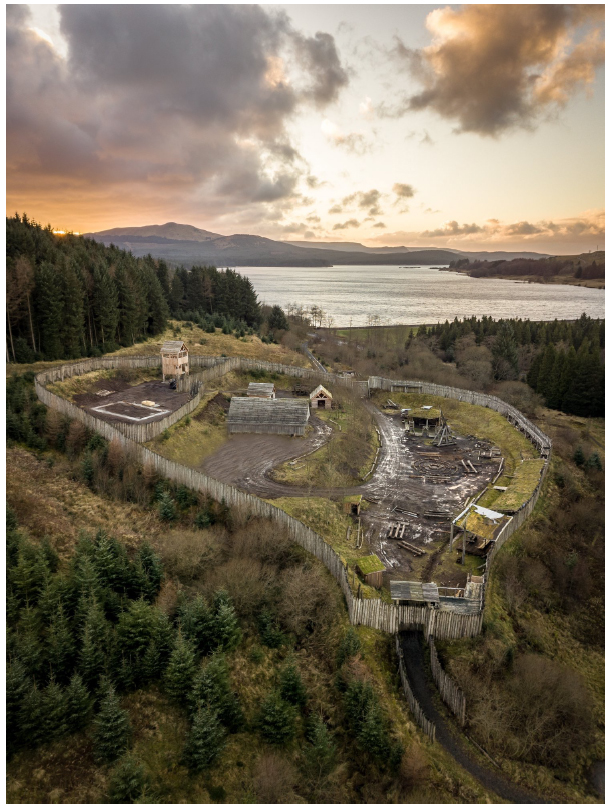 Duncarron Medieval Village will officially open its doors to the world this May with a magical celebration of culture and art from around the known and in some cases, unknown world. Indigenous groups from across the globe, will unite in an epic celebration, breaking down cultural barriers and fusing an alliance that will both enrich and enhance the continuing life of the village. Scotland’s own fiery history will be freshly coloured by Mexican Aztecs, New Zealand Maoris, Australian Aborigines and representatives from the Cree communities of Canada. Contributions from Western Europe include Italian delegates from the Bergamo regions, along with other groups from Germany and Poland.

Located near Denny, off the M9 Motorway in central Scotland, Duncarron Medieval Village is owned and run by The Clanranald Trust for Scotland, a non profit organisation dedicated to the preservation of Scottish history and its legacy. The 20-acre site was entirely hand built by the core team and members of the community and has been fashioned from over 5000 wooden poles, comprising a lookout tower, longhouse, cabins and a range of workshops, all utilising traditional medieval construction skills, such as wooden dowels and pegs. This herculean task has something of the pyramids about it, in terms of sheer effort and will, especially when one considers the fact that the initial plans for the project were initiated in 1996.

Among the many fantastic attractions on offer, the battering ram used in Ridley Scott’s Robin Hood film has been donated by Russell Crowe, along with a fully functional Trebuchet thanks to the Crew of Netflix’s “Outlaw King.” If this weren’t enough there is also a wonderful collection of faithful replicas of weapons, costumes and equipment from both films. 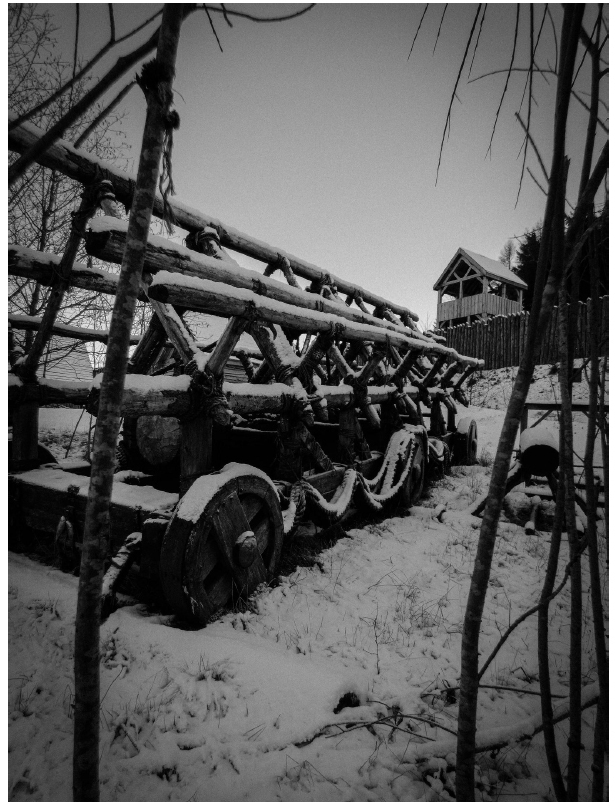 It has long been Charlie Allan’s dream to create this particular visitor and education centre, a place capable of showcasing a fascinating overlap between the culture of the present and that of the past, thereby offering the chance to inspire future generations with the potency, richness and resonance of Scottish history. Allan set up Combat International to work towards funding the construction of Duncarron, as well as also using his work as stunt and combat consultant for the film industry, providing expert and specialised advice for major film and television productions including Robin Hood, Outlaw King, Gladiator, Thor- The Dark World, King Arthur, Transformers: The Last Knight, Outlander and a host of others.

As Allan himself states:

“Old friends thought I was just being a dreamer but it’s great that these same old friends will be attending the opening to support the project now… It has taken a little longer than I’d ever anticipated. We’ve had no funding from the Government or the Lottery, but we decided to do this ourselves and it’s been worth it because so many people have all come together as we worked on it…It’s amazing to see the village finally coming to life, and with an ongoing purpose now.”

Duncarron has also received direct support from the celebrated Hollywood star Russell Crowe, who has previously worked with Charlie Allan and Combat International in Ridley Scott’s Gladiator and Robin Hood and his own, The Water Diviner.

“He really is one of the most generous guys you could know. Russell secured for us the battering ram, Rosie, from the set of Robin Hood, and paid for its transportation up to Scotland.. (in fact) we named the watch tower, which looks over the ram, as Crowe Tower, in gratitude and respect of a friend and supporter.”

As Russell Crowe stated in reply:

“I’ve known Charlie a long time now. Since 184 AD in the border forests of Germania…

…It has been incredible to watch the growth of Duncarron over time. To see this vision come to life, and the extraordinary effort of all involved, it’s a monumental achievement …To honour the event and those who’s efforts have brought Duncarron to life, I’ve requested some Maori warriors to attend, represent NZ and make those walls ring with a thundering Haka in respect of Scottish culture and heritage.” The ancient stone has been restored, as a way of stimulating the present with the potency of its totemlike resonance. With such riches, vibrancy and reminders of the past on offer, it seems a matter of urgency to attend this historic, heroic and spectacular celebration of not only a neglected culture, but also the fire of human determination, meeting the will of the Gods. Prepare all vehicles of transportation, from bikes and cars, to horses and chariots.
The glory awaits at the start of time’s road.

For more information visit www.duncarron.com and www.clanranald.org.
Also check out our Facebook pages for up to date activities where tickets to the
Grand opening event can be purchased: Tickets and buses available here:
https://www.tickettailor.com/events/spiritofduncarron/

5 Responses to On the Grand Opening of Duncarron Medieval Village, 18-19 May 2019