One Day in Tod!

Join Alan Dearling at the Unitarian Church, Rochdale Canal-side and at the Golden Lion 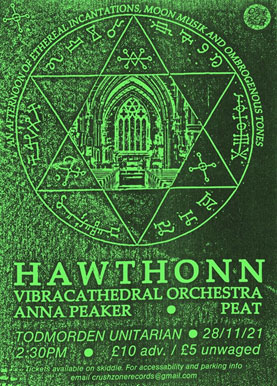 Just one day after Storm Arwen battered the West Yorkshire town of Todmorden, when the power went down and the snow invaded…it wasn’t quite back to business as normal. The Unitarian Church is de-consecrated, but it still holds lots of marriages, civil ceremonies and music gigs, where alcohol and food are purveyed. ‘Tis a grand, awe-inspiring space, but often bitterly cold. Indeed, on this particular Sunday afternoon, one of the organisers, Andy, said afterwards: “I felt that my nipples were freezing off!” Some of the performers and some of the intended audience could not travel to the event because of the snow and the road conditions.

But, those brave souls who did attend were able to experience some magic and musical mysticism courtesy of Hawthonn. Their light-show was also a casualty of the weather, so their set took place lit by just two candles. Definitely an increasingly out-of-body-and-mind sort of occasion. Hawthonn are wired-up for wyrdness. 21st-Century Moon Musick. What they call, ‘Underground spectralism’ performed by shameless heathens – the dual star daemons: Layla & Phil Legard. 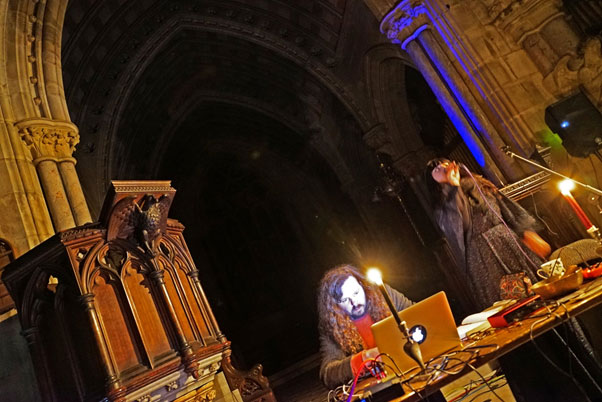 Currently on tour, Hawthonn showcased a live version of their new album, ‘Earth Mirror’. It conjures up the sounds and echoes of space. The infinite emptiness, inhabited only by the ethereal sounds of the Sirens. Track titles such as ‘Drowned Light’, ‘Vehiel’ and ‘Circles of Light’ are accompanied with drones and willowing organs. Dark imagery. Creepy electronica, rumblings, other-worldly shrieks, and swirling aural clouds of grey, ominous clouds engulfing the onlookers in the oblivion of darkness.

Unsettling, mesmerising visions of foreboding.  Oppressive. I kind of felt that I was drowning, engulfed in dreams and nightmares. Somewhat reminiscent of when in about 1971 I saw Nico’s solo performance with harmonium, on tracks such as ‘Lawns of Dawns’ from her album, ‘The Marble Index’. 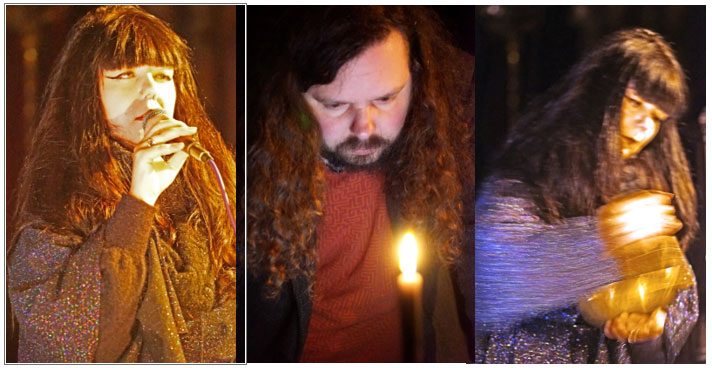 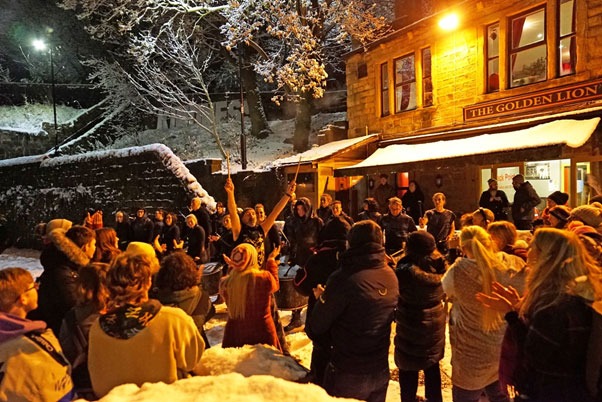 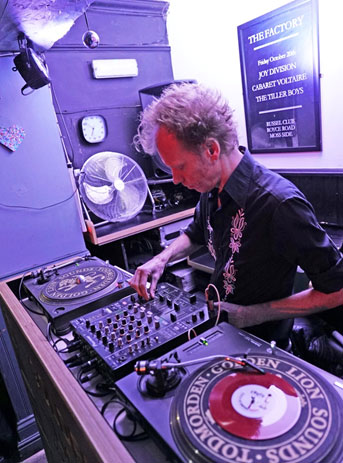 Loud and sassy, they gathered a solid crowd of supporters, despite the wintry conditions. A great canal-side setting, and plenty of clapping, banging and chanting to keep bodies and souls warmed up. It was an entrée into the Todmorgen 2 event, which continued inside the Golden Lion music venue with Amsterdam’s Dj Bone spinning lots of vinyl 45s.

An hour later, the crowd were greeted with the wonky strangeness that is the spectacular, colourful, infectious Bomi Seo (Bomi Carrot), who fronts the Tirikilatops. Extremely popular with Golden Lion regulars and visitors, they hail from Blackpool. This Korean/UK’s earworm K-pop electro-punk trio has been rocking stages from Japan to Blackpool.

Utterly adorable, eccentric in the extreme, and over-loaded with sing-along, and dance-along nuttiness… 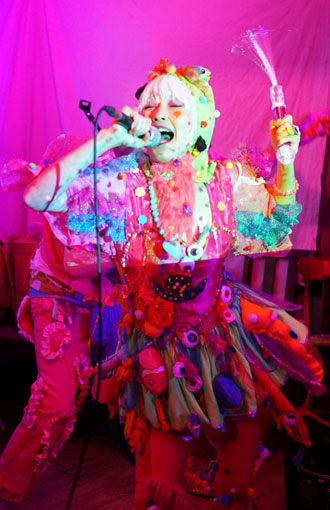 It felt as though this might be the very last chance to see the Tirikilatops in the intimate, lively setting of the Golden Lion. The big festival stages beckon! But, Bomi Seo told me, that she loves Tod People and Tod Kindness!  Live from the Golden Lion: https://vimeo.com/651123227

And, their version of ‘Paranoid’: https://www.youtube.com/watch?v=EIlR3Acp3cw 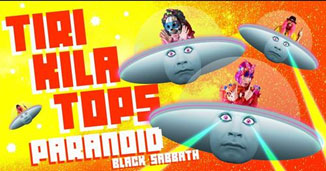 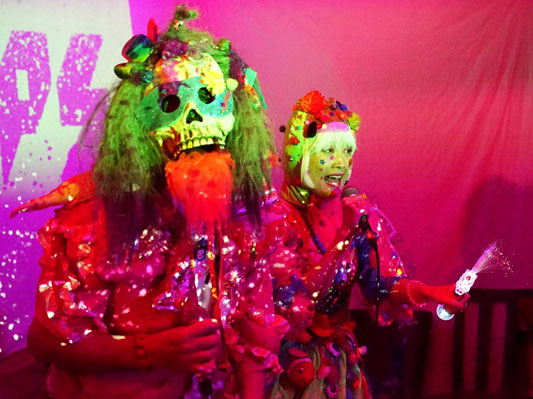 Tweet
This entry was posted on 8 January, 2022 in homepage and tagged Alan Dearling. Bookmark the permalink.