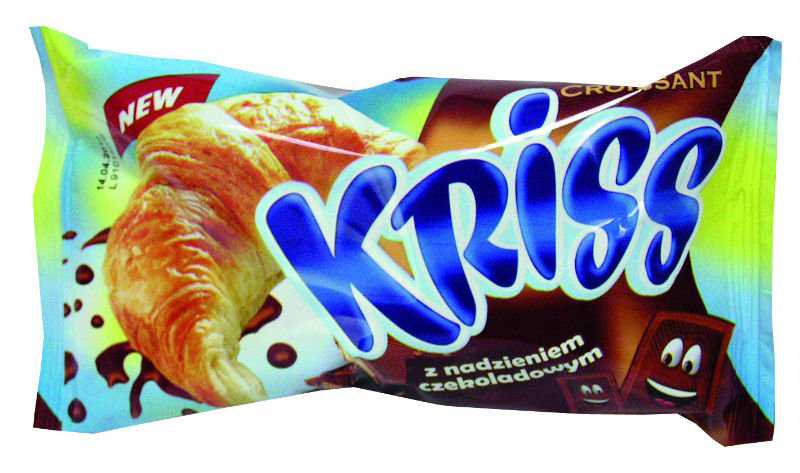 The term ‘food chain’ refers to the steps that constitute the movement of food from its starting point in the field to its end point on the fork. This incorporates processing and ultimate consumption.

The food chain operates within a dynamic life cycle. One which expresses the inseparable interconnection between soil, plant, animal and man – and ends back in the soil again. So that if any one element of this cycle is poisoned or weakened, the other three elements must also be directly affected.

When working at its optimum equilibrium, this cycle becomes a dynamic wheel of health. Each link in it supporting and reinforcing the other, resulting in enriched and balanced soil fertility and at the other end, genuinely nutritious food. Nature doing the work and the farmer acting in support of nature’s flow.

Ecological agricultural systems try to follow this pattern – this ‘wheel of health’. They do so by returning all biodegradable elements to the soil, including the manure which is the by-product of farm raised livestock; and by rotating the crops around the farms’ fields. These constitute the most fundamental actions, without which the cycle of health cannot be achieved – and the food you eat cannot properly nourish your body, mind or spirit.

This is not, however, the way that most post industrial commercially marketed foods are grown today. In other words, the foods that you find in the supermarkets and chain stores of the Western World. Not at all. The great majority of these so called ‘foods’ are severely depleted versions of the real thing – and usually toxic as well.

Because they fail to respect the fundamental law of the land: return all biodegradable waste matter to the soil and rotate crops to avoid a build up of soil borne disease. Instead, in a system mostly developed immediately after World War Two, cereals, oil seeds, vegetables and fruits are grown under conditions known as ‘monocultures’. This means using methods that don’t rotate crops and don’t return animal wastes to the soil.

How then is the soil kept fertile?

It isn’t. Commercial mass food production uses synthetic nitrogen to make crops grow – not a fertile soil. And it uses chemicals to try to destroy the diseases that build up in the soil, due to the lack of crop rotations. Lots of chemicals. They go under the headings: pesticides (kill pests); herbicides; (kill weeds); fungicides (kill fungi). The emphasis on ‘kill’ should not go unnoticed. All these agrichemicals have military origins, stemming from the munitions and nerve gas industries of the Second World War, and subsequently put to use in agriculture immediately after it.

The great majority of commercially grown fruit, vegetable and cereal crops are sprayed with one or more of these war-stained chemicals between three and eight times a year. Many crops are sprayed with all three. They have been proved carcinogenic (cancer causing) and are also associated with  many other serious health defects.

Virtually all supermarket foods come from large scale intensive agricultural operations that utilise these chemical based systems. They, like governments, are not interested in small scale farming operations. They are interested in their profit margins. The health of the soil, or those who consume their produce, is not their priority.

The animals raised on large commercial farms, as well as on concrete ‘factory farms’ (most pigs and poultry) are fed on compound foods made up from the the chemically raised crops described above.The majority of these compound based animal feeds are also genetically modified, with ingredients made from GM soya and maize leading the way.

Does that mean that virtually all meats, milk, eggs, fruit, vegetables and cereals have chemicals in them?

Yes. Chemical residues appear in all these foods. Sometimes at low levels and sometimes at high levels. There are guide lines (industry and government) that try to set what they call ‘safe levels’ of these chemical residues. But in truth, no one knows what is safe and what is not safe. Indeed, whether any level of toxicity (chemical or GM residues) in foods, is ‘safe’.

Eating poisons is not to be recommended. Eating DNA altered chemically raised foods (GMO) is simply doubling the danger. And that danger extends right through the living environment. As chemical sprays and genetic modification combine to kill everything that would normally grow naturally in amongst the crops; as they do in the wider natural environment: the wild flowers (weeds to chemical farming exponents), herbs, rare grasses – as well as the insects, bees, birds and bugs that feed on them and on the living micro fauna in the subsoil.

That is the true meaning of ‘monoculture’: a culture in which only one species is intended to survive.

And that, my friends, is the position for virtually all foods you will find on the supermarket shelf.

Due to the prevalence of these systems, some forty five percent of the World’s agricultural land is now officially designated as ‘ degraded’ or ‘severely degraded’: the soil has died.

This figure is growing every year, as the huge corporate farming businesses that supply the major supermarket and hypermarket chains, increase their empires, driving the small traditional family farmers off the land in the process. A ‘cleansing’ that is supported by The World Trade Organisation, The European Union, The North American Free Trade Association – and now the TTIP – and just about all governments and major World trading blocks.

Okay, now you’ve got the picture of what goes on on the ground – I’m going to tell you what goes on in the next phase: food processing.

So all these already denatured and toxic ingredients get separated out and channelled into the food factories that produce the end products that line the shelves of today’s commercial outlets. It is well beyond the scope of this article to describe the thousands – if not millions – of processed products that fall off the end of the production lines every day of every year all around the world. Instead, I will home-in in detail on just one example which will act as a template for thousands of similar items ubiquitous throughout North America and Europe.

So let’s nail a typical mass produced bakery product shall we?

Travelling, as I and my wife regularly do, on trains between Poland and the UK, I get plenty of opportunities to witness the latest in easy to handle processed foods.  Although the difference between them has shrunk substantially over the years, there are still some vaguely distinctive factors about the Polish, German, Belgian and British items on the menu. The one I am about to describe – a croissant – tries to make its provenance easily visible. No doubt it is proud of its composition!

This croissant will be found by anyone who takes an overnight sleeping compartment on many of the continental and UK train lines. No doubt it can be found almost anywhere, so well designed is it for a long life and easy handling.

So may I introduce ‘KRISS’ the happy croissant .. with a caramel filling. KRISS, a kind of cyborgian cube with a big smiling mouth and perfect white teeth, beams out from the front of the plastic package. And well, yes, there is something particularly alluring about ‘a melting in the mouth’ croissant which makes it hard to resist. This one, however, does not belong to that particular genre.

Not one to normally indulge in such packaged products – especially not before checking the ingredients, I decided to give KRISS the once-over. The writing was just about visible, something not true of many similar products that adorn the world of fast food consumables.

So here is what KRISS the happy croissant is inviting us to sink our teeth into:

* From GMO fed cows. ** from GMO fed chickens *** GMO product. To all the rest add pesticide residues and the miasma of synthetic, toxic substances that make up ‘flavourings, preservatives  thickeners, hydrogenated vegetable oils’ and more.

Wow KRISS – thanks! But how did they pack so much into you? You sure do give us a lot for our money!

While this is obviously a long shelf life product (I wouldn’t dare call it a food) – don’t think it is exceptional. No way, There are thousands of such bakery products on the market. Many containing GM soya – but never stating it – regardless of the fact that in Europe processors are legally obliged to state the existence of GM ingredients in commercial foods. Watch out for bread too – the mass produced commercial loaves have lots of weird and wonderful ingredients in them that you wouldn’t dream could be in something as basic as a loaf of bread.

The great majority of the food industry is just that: an industry. Just like micro chips and motor cars, it churns out so called ‘foods’ on factory production lines and packs them full of what are essentially poisons. But in small enough doses not to kill you outright, just nice and slowly, so you don’t actually notice you’re dying. But believe me – you are –  if your diet involves the consumption of the denatured and toxic ‘non foods’ that line most supermarket shelves. Foods which comprise the standard diet for around 90% of Westernised societies.

Once on this treadmill, the next step is to spend the rest of the food budget on pharmaceuticals designed to relieve your super aggravated internal organs. Yes, that’s right, Big Food and Big Pharma are the best of friends – and governments are not going to intervene, because the revenue is just too attractive to consider imposing any restrictions.

Today’s ‘Non Foods’ are so deceptively packaged that Edward Bernays, the founder of modern advertising, would be proud of them. Unless you get wise to the reality you may even believe you are eating something good for you! So take my advice, give KRISS a miss – and all his millions of lookalikes.  And if you want to live, in the full meaning of that word, set your sights on that which is supportive of a revitalised mind, body and spirit. Not just yours – but Gaia’s – and the entire cycle of life which supports and sustains her, both now and for aeons to come.

We all have two options available to us: go in search of real food, real farmers and a real life – or drown in a sea of pseudo reality fake foods and a fake life, which will serve only to fulfil the words of Henry Kissinger “If you control the food supply you control the people”.

Julian is an early pioneer of UK organic farming, an international activist and author. He is  President of The International Coalition to Protect the Polish Countryside.  Julian’s widely acclaimed book ‘In Defence of Life’ is available in independent bookshops and internet sites as well as via www.julianrose.info