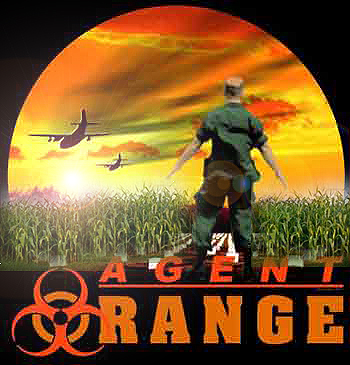 Remember Agent Orange? The US Army sprayed it all over Vietnam. It defoliated (destroyed) plant growth and brought on cancers and birth defects.

One of its significant ingredients was a chemical called 2.4-D.

Well, the US Dept. of Agriculture has cleared the way for brand new Dow GMO corn and soy crops. They are engineered to withstand spraying with 2,4-D.

The theory is, the corn and soy will survive, but pesky weeds will die.

Of course, the drifting spray of 2,4-D will kill all sorts of other plants, including fruit trees.

And there is that species called Human. Have a little lymphoma with your corn chowder.

Here are several quotes from Senior Scientist, Doug Gurian-Sherman, who writes for the Union of Concerned Scientists at their Equation blog:

“On Friday, January 3, the U.S. Department of Agriculture (USDA) released a draft environmental impact statement (EIS) under the National Environmental Policy Act (NEPA). This clears the way for approval of engineered soybeans and corn resistant to the herbicide 2,4-D, pending a final EIS and pesticide tolerances from EPA.”

“2.4-D has also been associated with human health risks, such as non-Hodgkin’s lymphoma, and is considered by some health agencies to be a possible human carcinogen.”

“The herbicide [2,4-D] is also notorious for causing severe damage to many fruit and vegetable crops from drift after spray application.”

Argentina has already approved Dow’s GM soy that is “resistant” to 2,4-D.

Think about it. Corn and soy have been grown for centuries. They’ve survived. But now, big companies like Dow and Monsanto genetically modify the crops, so they can withstand a highly toxic chemical—in order to kill weeds in the growing fields.

Nothing illegal about poisoning people, as long as you call it a magnificent technological breakthrough in agriculture.