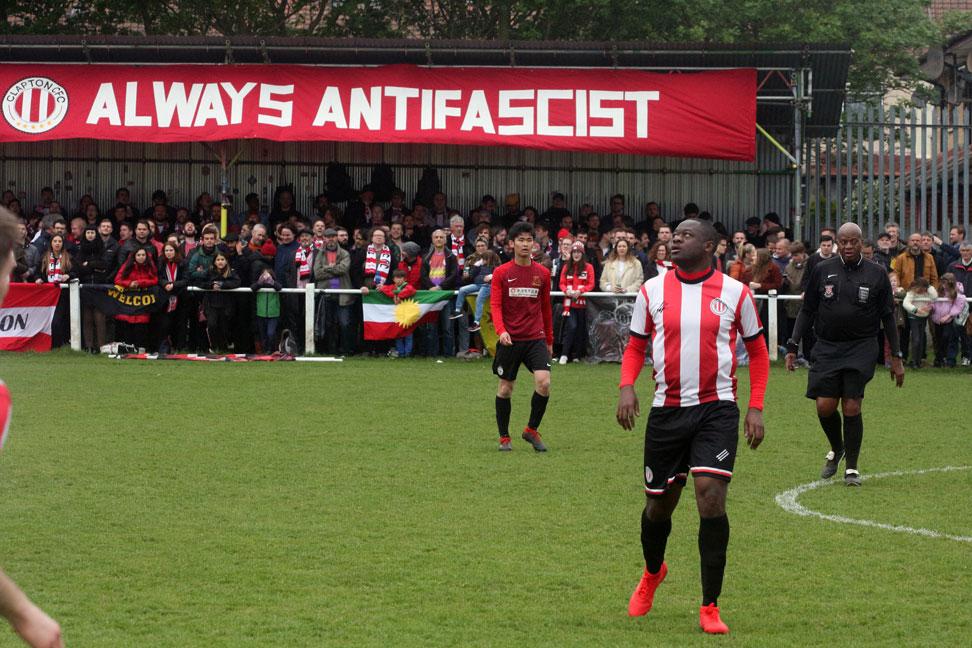 What is football? It is dance, prods to the air as reminder

To God, of man’s spirit, as if puncturing sky with boot spikes.

That makes those who play it and those who watch it too, claim the prize.

Whether in league, or outside, whether in tiptop form or beleaguered

Local teams command fervour that strikes at the core of one’s breast.

Every team is local of course, but in Max Reeves’ new book TON!

It is Clapton CFC that feeds his fever and puts his camera lens to the test.

Can one photograph joy? His spring fuelled frames provide answer,

Each shot and each player and the surrounding field musics out,

For here in investment and place, with the love of sport as the banker,

Extending loans like no other, as if interest were earned from each shout.

Men kick their legs towards air, a line of three headbutt nothing,

As a new London Palladium is created or a Sadlers Wells in Hackney,

As Reeves charts the grace that has come to warm cold glazed faces,

On kickabouts, practise and the matches themselves, each shot frees.

Like pistol shots from the lens, these photographs are communion.

All these shots would kill are the sullen who spends their Saturdays with TV;

Here at least, is the thrill of representatives for those standing;

Avatars made for action that these images emulate.

Two young boys ape their Dads who are either watching, or playing.

Two men make a star shape, two others near kiss, as bounds break.

This is a flipbook of sorts in which each image is moving.

Reeves is known to capture odd markings on wall and ground,

Field and stone, but here, Football’s Pap, has become a film maker

As his compositions source colour, combining the red and white

With green landscape as we come close to hearing through seeing

The means and the method by which so many feel less alone.

Blurs in the foreground. Balls set as an orbiting planet.

A batch of men seek direction as another leans into goal.

A wall of players, falling through the ton weight of devotion,

As dedication brings balance to the structure of winds near their home.

With history and reputation as sunscape, the planets  roll into view.

Before their exchanges and salaries rise  beyond the sky blue.

But that is not the case here as Clapton CFC sets new standards.

This is team as credo, and community too. There’s no sale.

The only ambition on hand (or foot) is to protect the true values,

To fight the racist horde and the fascist and recently the club owner as well;

Of the sexist. The homophobicis tackled skilfully too, through the spell

Of boot on real grass as opposed to the artificial screed of big leaguers;

This then is a football team with an ethos that is not just about self regard;

Instead they play with a point, as if  each kick were a language;

Sounds that soothe discourse throughout the course of play’s avant garde.

As well as part of a new vanguard too, and of pursuits that have meaning.

In the vanity of the modern here is something sincere housed in sport,

And in a place and a past that each player brings to the present.

Any team whose fans boycotts their home games to protest against

A mishandling is let us face it, something to kneel down for

A player leans back against cold

As a Greek Chorus of fans stand in comment. Tree and flag

Form an emblem for the seeming nation state of the club.

Players are doused. Fans are borne up as trophies,

This is a book for the fans and of the fans also.

Many devotees feature and thanks to each frame, all invite.

The book itself starts to sing the long held song of belonging.

As it invokes your club spirit do your Saturday friends burn this bright?

Is there a message you can detect and a direct motivation?

Do you play just for playing or to make something last across years?

For Football teams are passed on, or they discovered like treasure

And worn sometimes closer than family, faith, clothes, or tears.

TON! Is a cry from which the medium is the message.

At half time who tells you what it is you must do?

Play. Entertain and create a different world all around you,

In which each dance, strike and tackle is a path through life

A purple shirted player’s a dancer.

Paints grey days. A number nine  slants in the air,  as if the ball

Were high rosebud or rose fit for plucking; from the frozen space

Here is Football as Art. On page 68 two players it seems,

Make a heart shape; they are like a padlock sport’s releasing

As others point and prance at the sky. Beer cans manifest,

Small acts of sacrifice and attendance, as if in celebration

In the wake of communion between the grand Gods of motion

And the essence within ‘footie’ gives. Clapton CFC is a Church.

With Reeves’ tome as the prayer book. Attend and give service

To the kind of community we should savour

And to the spells of spent feet, for in their moving,

Some kicks deliver and some confront. These heal hurt. 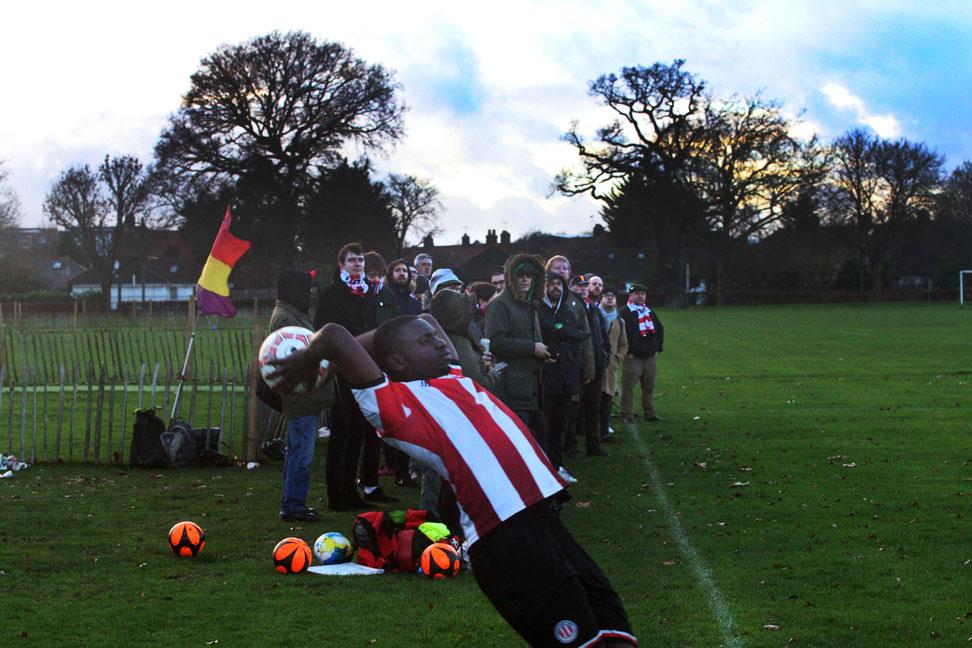 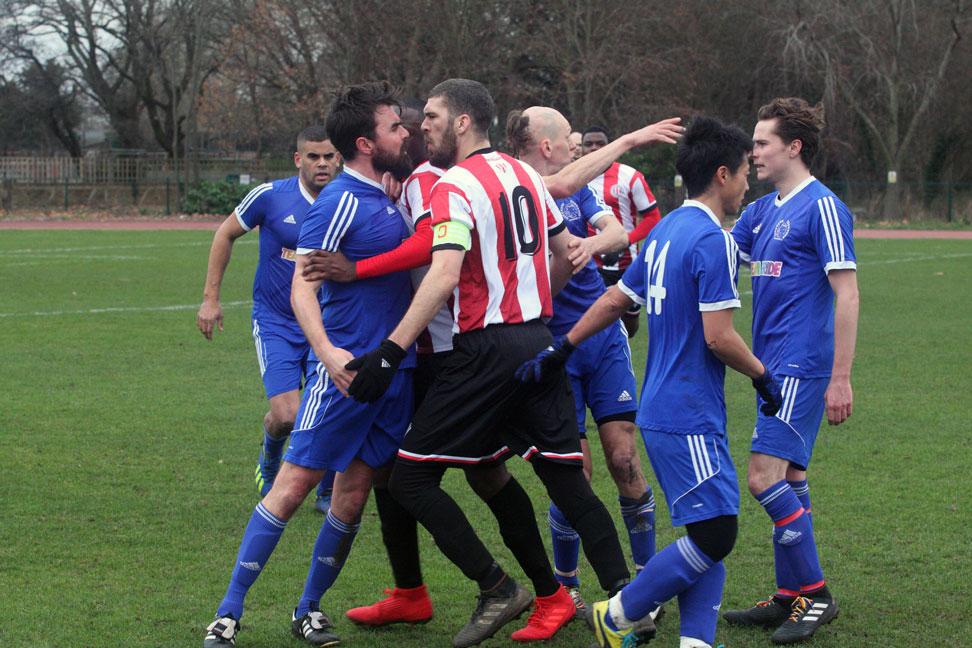 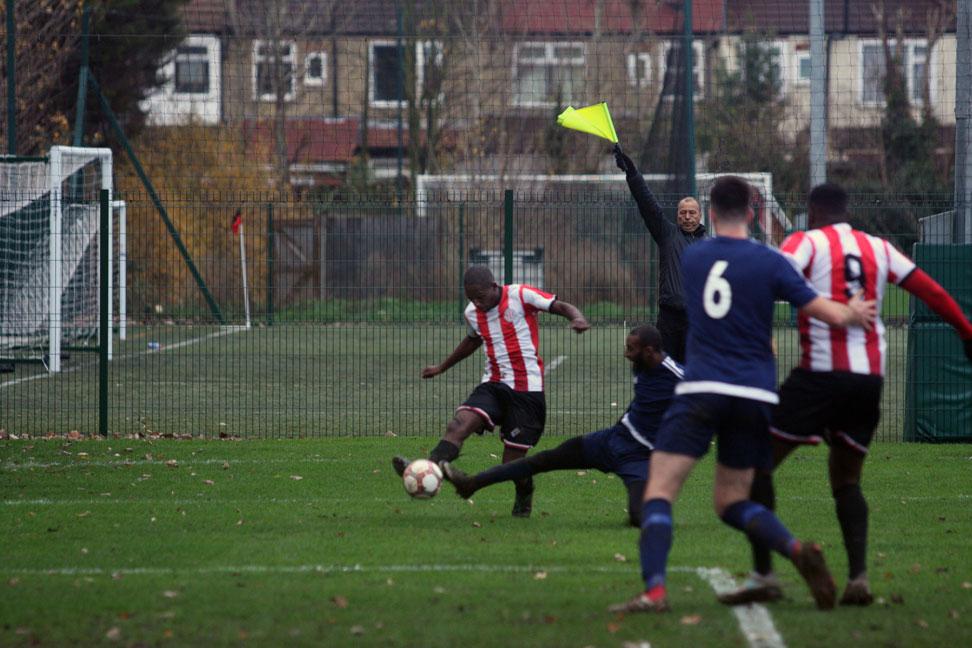 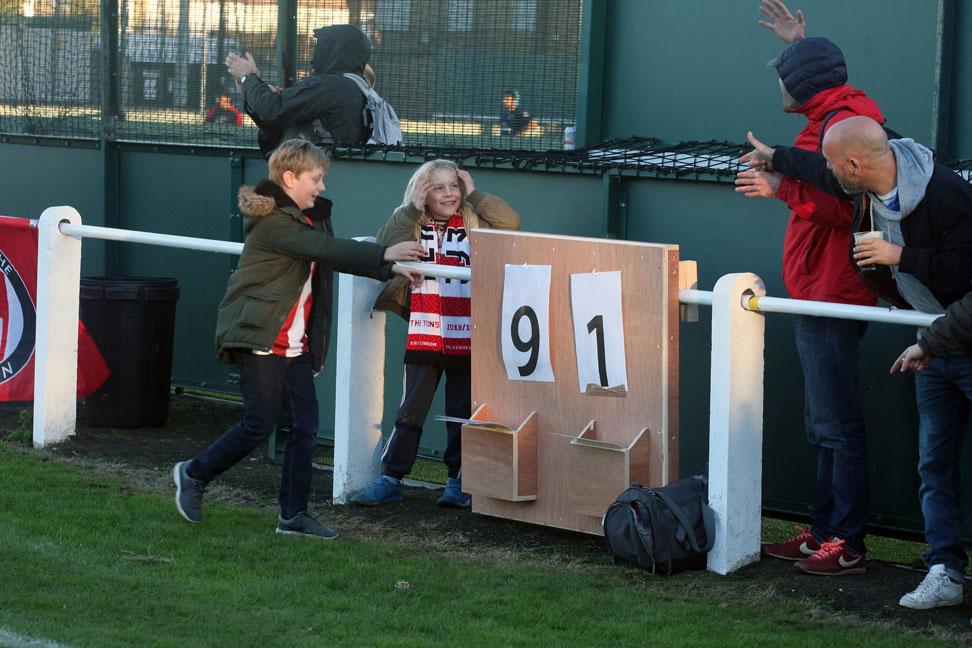 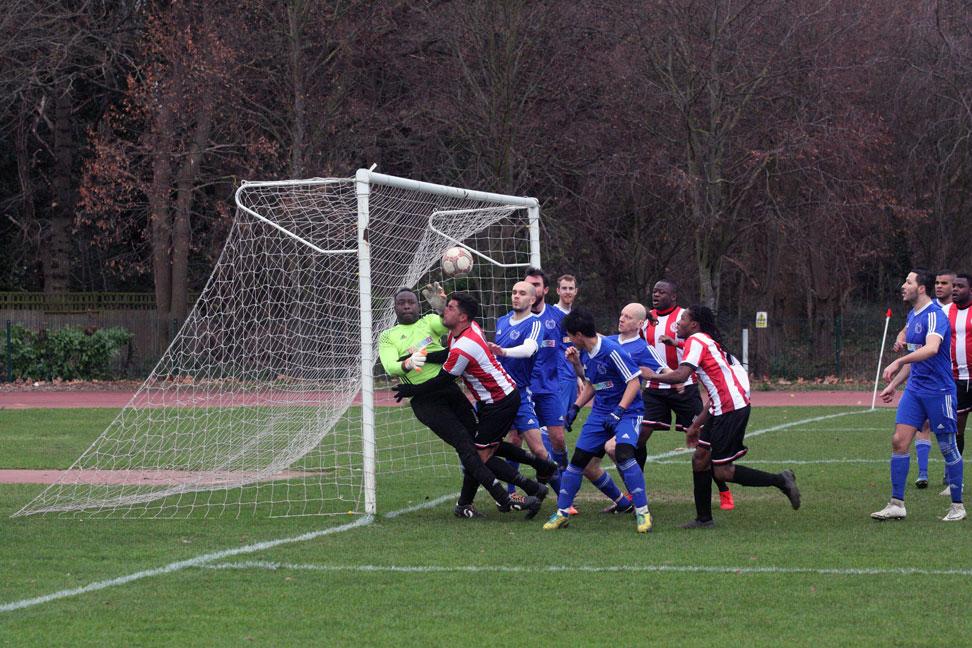 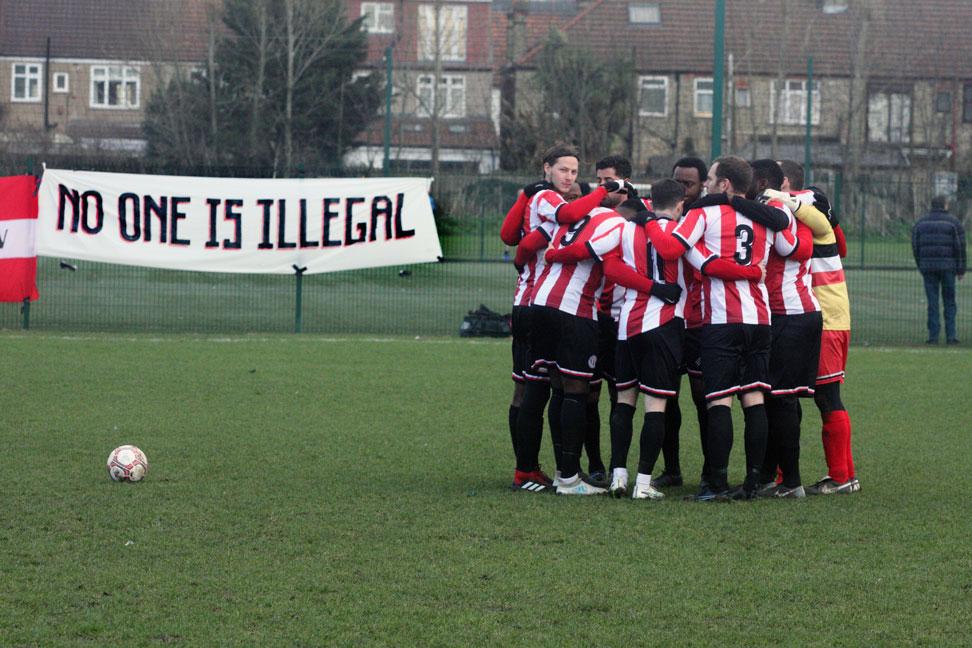 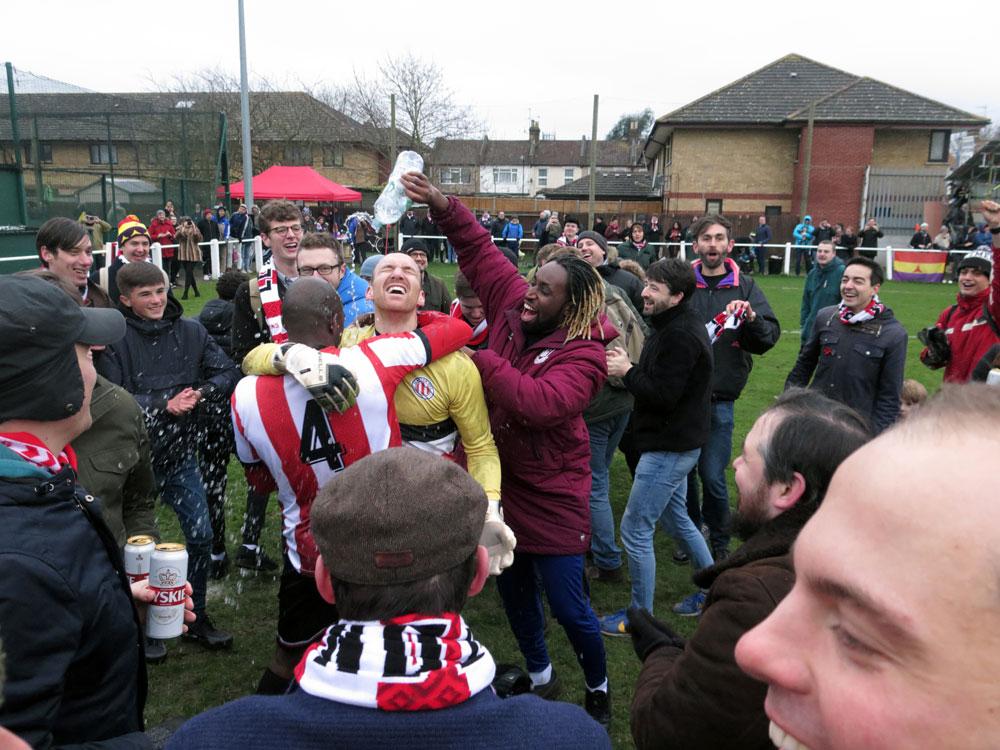 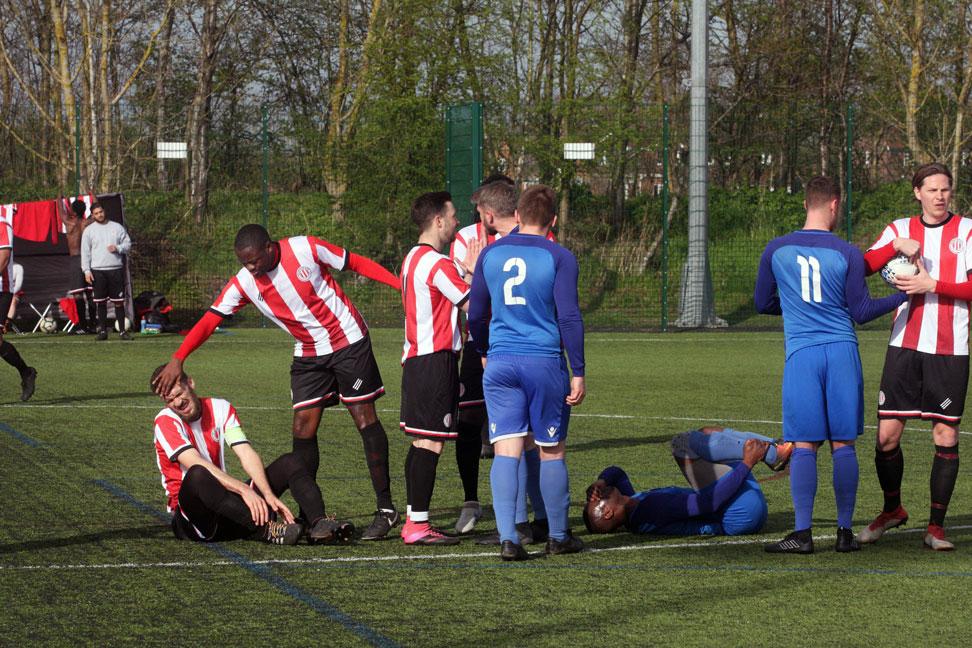 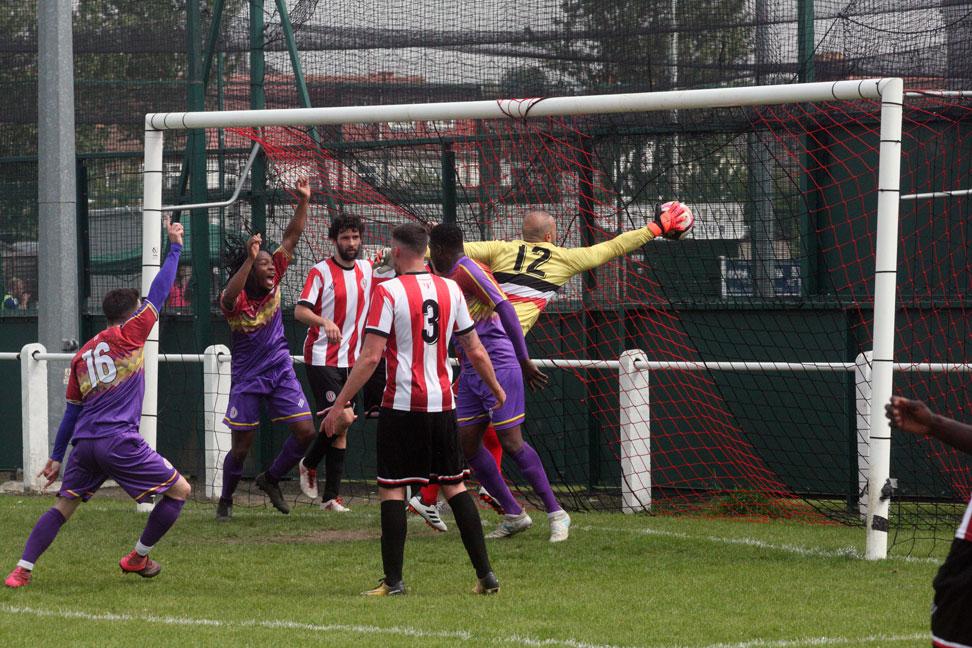 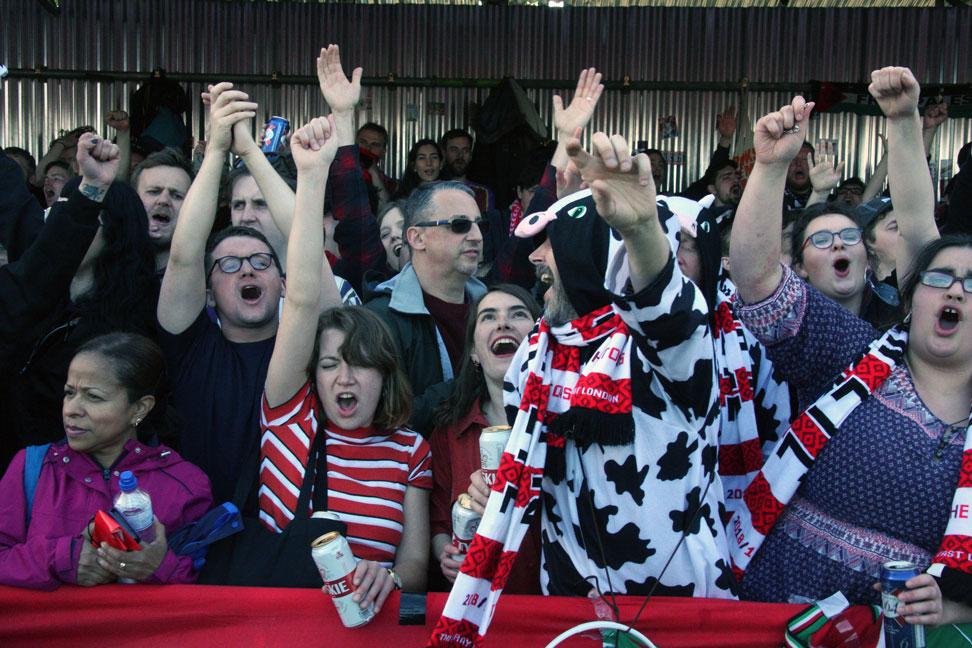 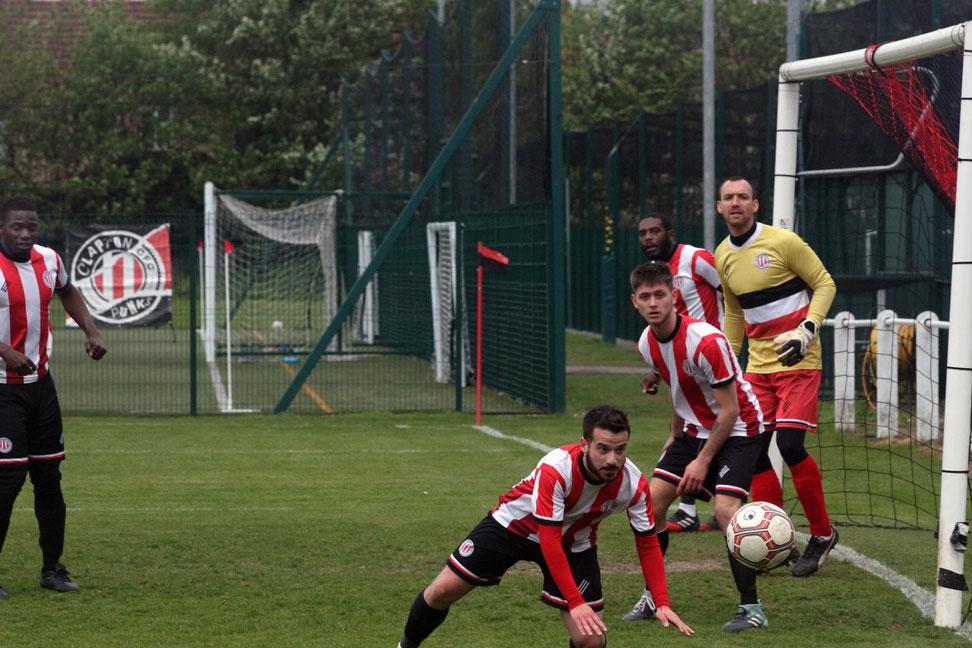 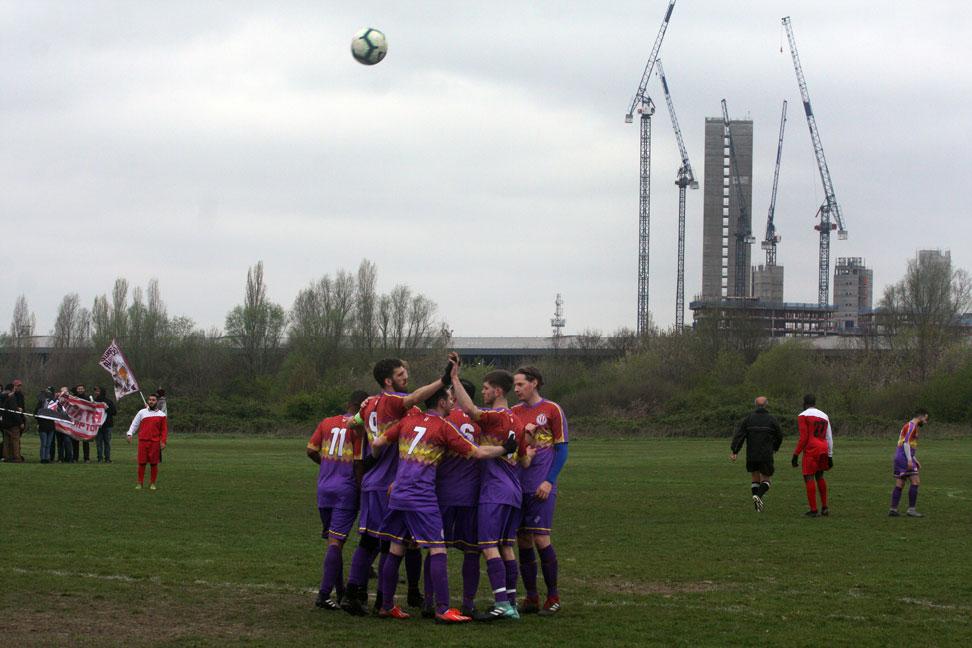 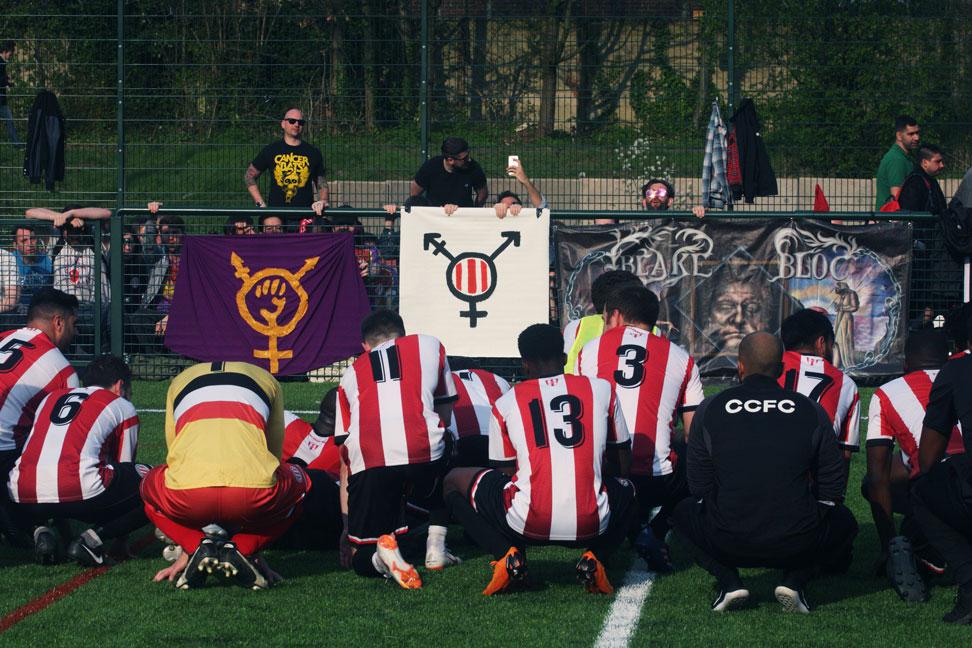 View all posts by David →
This entry was posted on 7 December, 2019 in homepage and tagged David Erdos, Max Reeves. Bookmark the permalink.