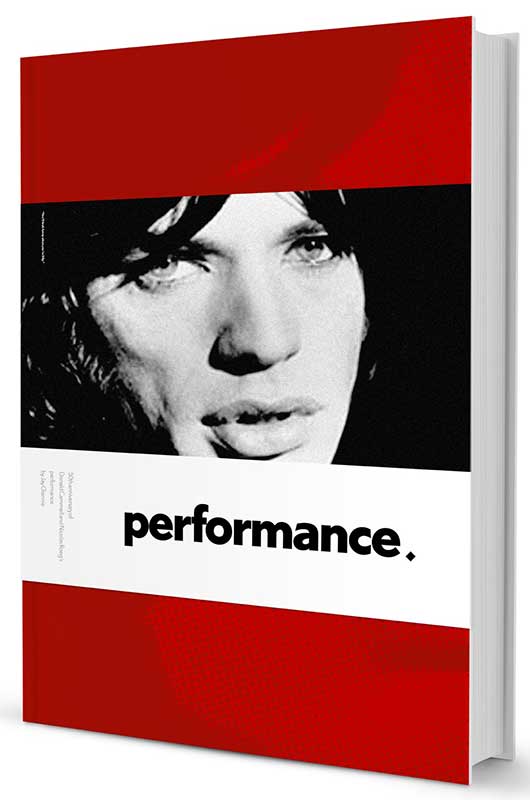 Performance, a film the International Times recommended not to watch on acid upon its release in 1970 is to receive a fitting tribute with the release of a large format limited edition book written by Jay Glennie.

Released via Coattail Publishing on December 1 Glennie’s new book, celebrating the 50th anniversary of the shoot of Performance, tells the story of the rather chaotic production and gives us a rare behind-the-scenes glimpse with over 500 images including many never seen before and new interviews with many from the production, including stars Mick Jagger and James Fox, co-director Nic Roeg and producer Sandy Lieberson.

Jagger says, “It’s actually hard to believe that we’re still talking about the film 50 years later. Not many films stick around that long. It’s amazing that it has achieved such longevity and interest. You know we thought we were making a pretty niche English film of that period; it’s a very English film of that period isn’t it? It’s nice to hear there are so many fans of Performance willing to talk about the film.”

The British crime drama had a challenging route to screen, with studio Warner Bros. holding the film back for two years but Performance has since gone on to define bohemian London of the 1960s, and is now rightly considered to be one of the best British films of all time.

Performance, which was filmed in 1968, is the movie that arguably defines the late 60s in bohemian London. It tells the story of Chas Devlin, a gangster played by James Fox who is the diligent enforcer for his boss, Harry Flowers, played by Johnny Shannon. Killing a rival puts the fragile status quo of the London underworld at risk and forces Chas to run and look for refuge until he can slip out of England. A Notting Hill townhouse owned by Turner, a burnt-out rock star played by Jagger, appears to be the ideal short-term hideaway. That is until Chas allows Turner’s ménage à trois to mess with his identity even further.

The film was written by Cammell and produced by Lieberson, who made the transition from successful agent to the likes of Peter Sellers and Sergio Leone. “I wasn’t aware that I wanted to make the move from being an agent into producing films, and meeting Donald Cammell, and subsequently Nic Roeg, meant I could make the move a reality,” recalls Lieberson.

The film was a heady cocktail of hallucinogenic mushrooms, homosexual and three-way sex, violence, amalgamated identities and artistic references to Jorge Luis Borges, Magritte and Francis Bacon. Much to the dismay of Warner Bros its star, Jagger, failed to appear until nearly an hour into the film and only sang one song on the subsequent soundtrack by Jack Nitzsche.

The Rolling Stones frontman looks back on Performance with fondness proclaiming it to “to be the best film of mine; it’s dark and interesting and really holds up to scrutiny; hell, we’re talking about it fifty years later!”

Lieberson says the team also wanted to ensure that the film “would be influenced by the times we were living in. Into that mix went the political, social and psychological mood sweeping across the world, and in particular for us in London”.

Despite now being seen as a seminal film, Performance was almost universally vilified upon its initial release. Even before its release, Warner Bros., the film studio funding it, was repulsed by its violence, drug taking and sexual morality. The company, keen to tap into the burgeoning youth market, financed the production in the misguided belief that it was buying into its own A Hard’s Day’s Night. But Warner Bros was horrified with its investment and refused to release the film. “They thought it was dirty,” says Lieberson. Two years of financial wrangling followed with legal threats from both the studio, and subsequently Cammell and Jagger, before the eventual release of Performance.

Cammell would see his co-director Nic Roeg, with films such as Don’t Look Now, become lauded as one of the great filmmakers, whereas his own career floundered in Hollywood. Sadly it was in the Hollywood Hills in relative obscurity aged 62 that he would place a revolver to his head and pull the trigger, after completing only three more films – Demon Seed (1977), White of the Eye (1987), Wild Side (1995). Similarly, Anita Pallenberg, the ultimate rock chick, would begin her descent into drug addiction during filming, naively believing that she “had kept it from everyone”. And also caught up in the films corrupted vortex James Fox left the industry for ten years. 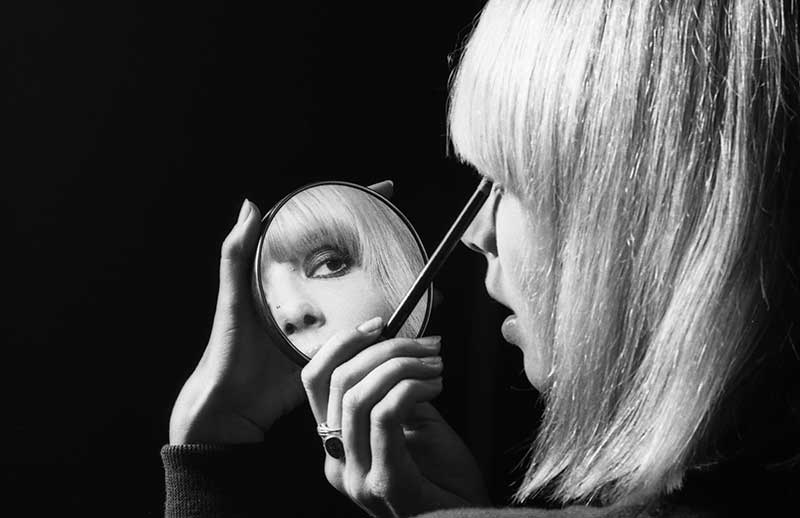 The rising resentment against the ruling elite, thrown up and scattered across the globe in 1968, resulted in a seismic social and political change. “Performance was born out of that fervour and an understanding that we did not want to make a Hollywood movie. Donald, Nic and I wanted something that was going to rival the new wave cinema of France and Italy,” says Lieberson.

Jay Glennie’s 50th anniversary book pieces together the story of the making of Performance, from the people who created it and from those who have been influenced and touched by its lasting legacy such as Irvine Welsh, Bill Nighy and Paul Schrader.

Nic Roeg perhaps best sums up the legacy of Performance “The critics just didn’t get it then – they seem to have had a change of heart over the years. 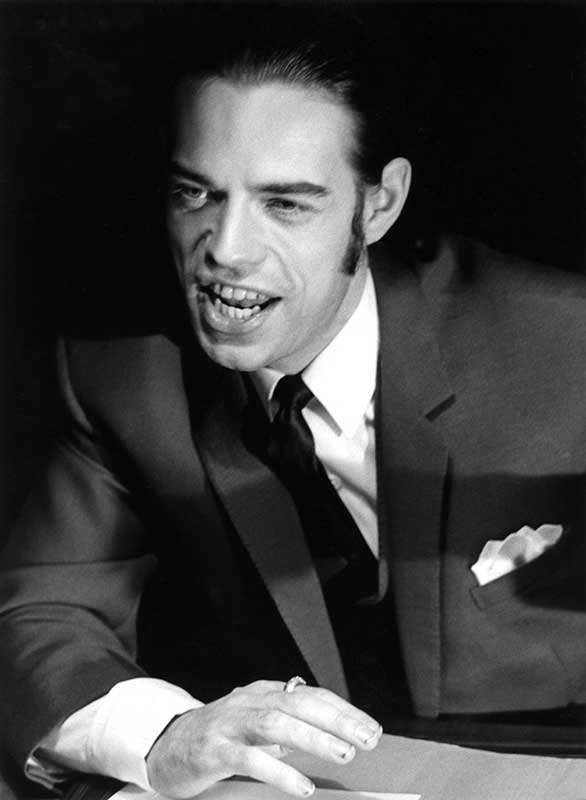 Performance the 50th anniversary is available for preorder via www.performance-book.com 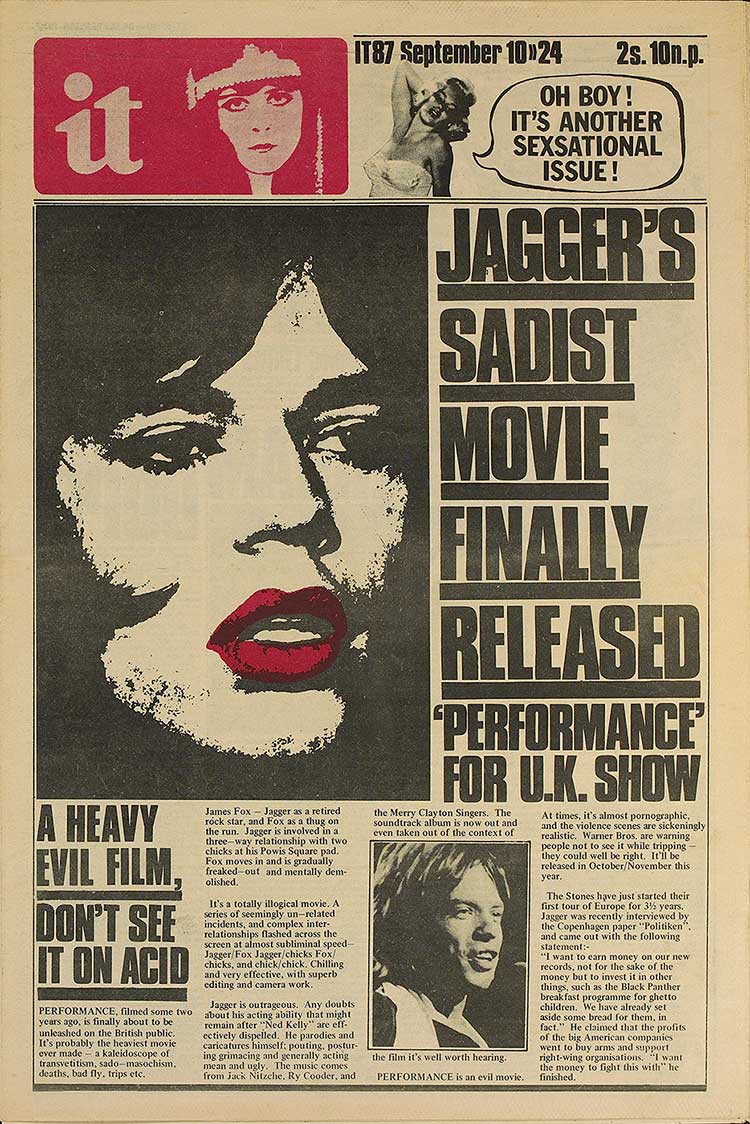