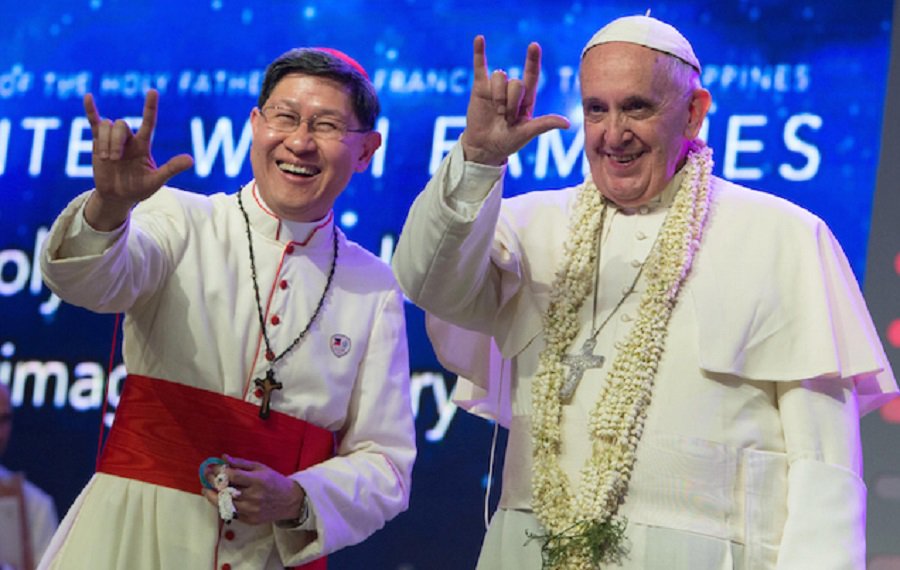 During his homily at Mass on Tuesday morning, Pope Francis blamed the devil for the sexual abuse scandal that has shaken the Catholic church to its core. But not in the way you think. To the pope’s way of thinking it is the efforts to expose the sinful cover-ups of abusive clergymen that are the work of Satan.

Using the term “Great Accuser” during his homily at Casa Santa Marta on Tuesday morning, Pope Francis seemed to demonize those who question the actions of the leaders of the church, telling the assembled bishops that they seem to be under satanic attack in order to “scandalize the people.”

“In these times, it seems like the Great Accuser has been unchained and is attacking bishops,” the pontiff said. “True, we are all sinners, we bishops,” he added. “He tries to uncover the sins, so they are visible in order to scandalize the people.”

The pope continued: “The Great Accuser, as he himself says to God in the first chapter of the Book of Job, ‘roams the earth looking for someone to accuse.’ A bishop’s strength against the Great Accuser is prayer, that of Jesus and his own, and the humility of being chosen and remaining close to the people of God, without seeking an aristocratic life that removes this unction.”

Tweet
This entry was posted on 15 September, 2018 in homepage. Bookmark the permalink.