Del Vargas has been in more great bands than is strictly reasonable, yet thus far mainstream success has proved elusive. The Candys, formed in 2001, featuring his and friend long-term collaborator, bass player Katharine Wallinger, was a case in point. Loved by the music press and fans alike, they seemed a sure bet for success. They toured with the Libertines, with mayhem on stage and off (‘I went on tour with the Libertines and survived’, Katharine remarks. ‘Not everyone did’).

Five years ago I saw Del’s then-current band, the mighty Eat the Party. They were ridiculously, absurdly good. Their singer Lisa radiated charisma. Ranging about the stage, her sheer physical presence made her impossible not to watch, and the rhythm section, with Katharine again on bass, made resistance foolish to consider. Del was approached by a management company, plans were laid, there were to be happy times ahead. But the scenario the suits at the management outfit had dreamed up was dumb even by the standards of the music industry. Having decided Lisa was ‘too fat’ and Katharine ‘too old’, they would replace the women with 18-year-old lingerie models, while Del himself would be signed to a publishing deal. This new Eat the Party would have little in common with Del’s original vision other than the music. Plans were duly unlaid. ‘I’ve got new management now’, confirms Del, with little need for doubt. (Not long after this fiasco, Katharine was recruited by former Slit Viv Albertine, and was then spotted by the Buzzcocks, who in turn referred her to the Wedding Present, at that time looking for a replacement for female bass player Pepe le Moko. Katharine is now into her second year with the Weddoes). 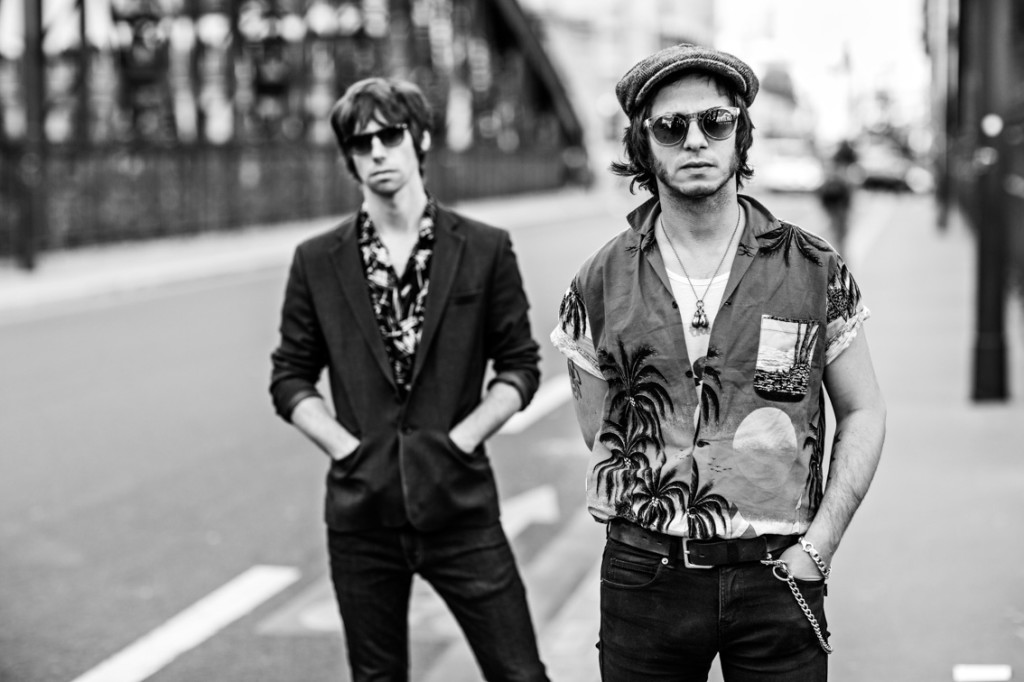 And so to Saturday April 18th 2015 – Record Store Day. We are In Eastbourne, for the opening of a new record shop/cafe/venue called The Vinyl Frontier. Heading a bill that includes Steve Mason from the Beta Band and Pete Wiggs from St Etienne are Del’s new band, Bosco Rogers. (In fact, this is Bosco Rogers lite, with the absence for one reason or another of Bart, their French singer, and their regular bass player and second guitarist. But, the songs remain the same – witty, intelligent and bullshit-free, and played with deadpan conviction by Del, keyboard player Danielle, drummer George bashing seven shades out of his cajon, and Katharine standing in on bass). The music is essentially melodic pop, with traces of psychedelia – live, with the full band, it’s thrillingly intense: this year they were the break-out attraction at Hastings’ Fat Tuesday festival in February. With single of the week in the Guardian a couple of months back for French Kiss and attention from the likes of Steve Lamacq at BBC Radio 6, the future looks good for Bosco Rogers.

Currently at work on an EP  (that’s Extended Player for those of you below the age of 50), in the autumn Del and Bart will travel to New York to record with Claudius Mittendorfer, who has worked with the likes of Temples, Johnny Marr, Muse and Paul McCartney, to work on songs for the first Bosco Rogers album. Del plans a European tour to promote the album, and beyond that – who knows? Today, downtown Eastbourne, tomorrow, finally, the world, if all goes well.

After the gig I ask Katharine what she has planned for rest of her day in the self-proclaimed Jewel in the Crown of the South Coast (known mainly for tennis, Air Bourne – a festival of airplanes – and brass bands on the sea-front rotunda). ‘The Wimpy Bar,’ she replies, without hesitation.

These rock stars do know how to live.