Alan Dearling considers some of the Richard Thompson’s recollections 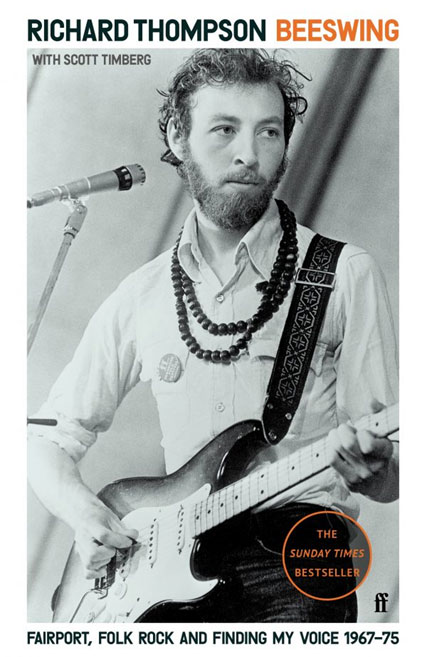 Richard Thompson will always be associated with the seminal British Folk-Rock band, Fairport Convention. This book offers many personal recollections from the early years of Richard’s life and intertwines them with his life during and after Fairport. Essentially it is his own ‘take’ on the contribution which he and the band made. Knowingly, he says:

“Do I think Fairport was an important band? We really did invent a genre of music, and not many can say that…of course,  it would have been interesting to have transformed British music to the point of bringing about major stylistic changes…But the folk world is now closer to the pop world.”

His book is an interesting footnote to the seismic musical transformations that took place across the UK roughly in the period, 1967-75, of the book’s sub-title. Richard and many of his collaborators wanted to create a much more ‘modern’ version of folk music. One with a foundation rooted in the ballads, old-tales and histories and tunes of England, Wales, Ireland and Scotland, but with original songs and new folk-stories added into the mix. These musos’ contribution provided bridges between the musicologists, the historians, the archaeologists of earlier and older songs, the folk clubs of the 1950s and ‘60s and the much rawer, and often amplified/electric music of the blues, R&B, jazz, pop and rock genres. Fairport Convention spawned an extended family of new-folkies who became core members of Steeleye Span, Fotheringay, the Albion Band, Matthews Southern Comfort, Eclection and more.

Richard T in the earlier section of the book comes over as a somewhat naïve, late-flowering, slightly posh, awkward, teenager with a talent for guitar-playing. Surrounded on many sides by drug-taking, art-school types, hippies, psychedelic dropouts, diggers and dreamers, he learned his musical craft through solid gigging, and kept to the relative ‘straight and narrow’.  He discovered a passion for playing music early. One of his first musical companions from his school days was Hugh Cornwall, later famed from the Stranglers. Richard was pivotal in the founding of Fairport Convention, joining his local north London mates, Ashley ‘Tyger’ Hutchings and Simon Nicol – whose family owned a house on Fortis Green called ‘Fairport’. Judy Dyble was Richard’s girlfriend and became the original singer in Fairport Convention. Martin Lamble was the drummer. They were offered a record deal just two months into their career, supported Pink Floyd and many of the underground bands such as the Social Deviants and the Crazy World of Arthur Brown. And, Iain Matthews joined the group and soon Joe Boyd became their manager, joining a roster including the Incredible String Band and Nick Drake.

There are a number of significant incidents recounted in the book. The arrival of, and contribution made by, Sandy Denny is central. Sandy was already a musical battle-hardened warrior. I’d personally seen her a number of times on the folk circuit in the mid to late 1960s when she was performing with Alex Campbell’s folk group, with Johnny Silvo, in the Strawbs, and sometimes alongside the Humblebums with Gerry Rafferty and Billy Connolly. Richard paints a convincing picture of Sandy’s contradictions. Her drinking, joking, laughing, her to-die-for voice, and her reliance on her boyfriends, Jackson C. Frank and then, Australian, Trevor Lucas, with whom she sang in Fotheringay. Sandy comes over as rather tortured, lost soul. However, it is important to remember that Sandy was only briefly in the early Fairport Convention between May 1968 and December 1969 for the albums, ‘What we did on our holidays’, ‘Unhalfbricking’ and ‘Liege and Lief’. She returned with her husband, Trevor during 1974-75. But by then, Richard Thompson was performing with his wife, Linda Thompson, largely as a duo. 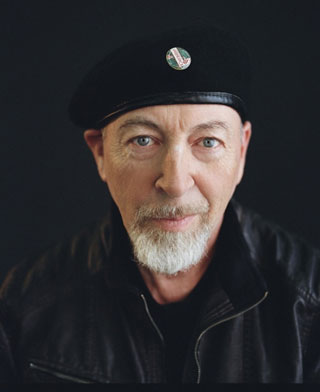 There are some fascinating and oft sad, fractured memories in the book. The infamous Ford Transit crash involving Richard as part of the original Fairport Convention band, in the cab besides roadie, Harvey Bramham, who fell asleep at the wheel. It left drummer, Martin Lamble and Richard’s then seemingly temporary American girlfriend, Jeannie Franklyn – dead. The third incarnation of Fairport Convention was a much more instrumental, jiggy band, minus Sandy, but with Dave Swarbrick (Swarb) and Dave Mattacks (DM) leading the musical charge around the university campuses and gigs across the UK in the early 1970s. The book goes into some detail with Richard’s recounting of his life with Linda Peters, who became Mrs Thompson. Their conversion to, and life in the Sufi world and Islam, are really fascinating, even if they verge into descriptions of religious cults and the edges of the esoteric. His pilgrimage to Mecca for his once in a lifetime, Haj, evokes some amazing memories from Richard of his six days walking around the Kaaba, a granite cube, which:

“…seemed to float and shimmer and change through the spectrum. The Haj is crowded, packed tight all the time. To stumble while I’m circumnavigating the Kaaba can lead to being trampled, and several bloody bodies bore witness.”

The book includes what I think are some odd factual errors. Why does Richard think that Bob Dylan’s song ‘I’ll keep it with mine’, which Fairport recorded, had started life just as an obscure Judy Collin’s B-side? I believe it had been written for Nico by Dylan.  Or, his contention that the 1970 Bath Rhythm and Blues Festival at about 100,000 attendees, was the biggest in the UK to date? That must have been the 1969 second Isle of Wight festi, with Bob Dylan as the headliner, at about 150,000 punters.

There is no Discography of Richard’s albums which is a shame, though it does include the words from songs featured in the book.

It’s not a weighty tome. Episodic and fragmentary. Easy to dip and out of. Probably the most profound statement by Richard comes at the end of the book:

“The attic is empty now. It was time to throw out some old junk, but in doing so, it brought up a lot of memories, fond, tragic, regretful, loving.”

Such is the act of getting old. A time for looking back over the shoulder, a time to reminisce, a time to take stock. This is that sort of autobiography. In a very real way, the song is also his autobiographical reminisce too.

Tweet
This entry was posted on 19 February, 2022 in homepage and tagged Alan Dearling, Richard Thompson. Bookmark the permalink.