Posted on 6 September, 2012 by ClairePalmer 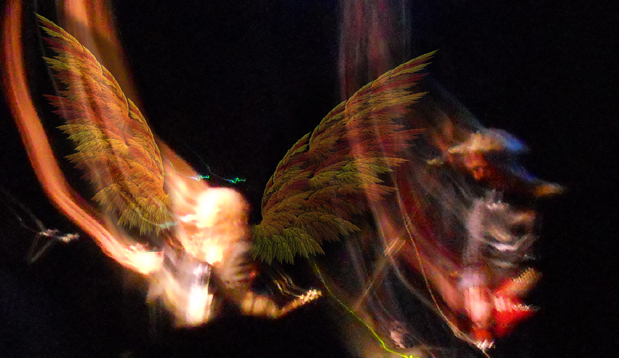 Described once as “Rimbaud with Marshall amps”, and, of course, ‘the Godmother of punk’, rock legend Patti Smith brought her shamanic fusion of rebellious politics, poetry, mysticism, rock and punk to the 02 Academy in Newcastle tonight.
More fiesty, energetic and passionate about the cause than any youthful band you could name today, she wove witchy, magical messages and thrust powerful, angry, political punches into tales, anecdotes and full-throated, melodic songs to an enraptured audience, all the while sparkling with a zesty, self-depracating humour. You could feel the love and mutual respect, between Patti and her fans, and between Patti and her brilliant band, who seemed to move around her like affectionate, protective brothers.
She’s “having fun” here, and even soothingly enchants us with a surreal song about a gypsy boy who comes to Newcastle and climbs on a bridge, then floats down the river as a playing card, where he meets a girl and sleeps with her on a riverbank.
“This is a crazy city!” she grinned. “Do they put mystical mushrooms in the water?”
Which is saying something, given the journey she’s travelled from her home town of Michigan, via New York during her 1970s rock zenith, to the current Banga tour of 2012 where she’s proving to be as vital and relevant as ever, if not more so. Her generation is still holding the torch for revolution and freedom. The air around her crackles with the ghostly personas of Ginsberg, Warhol, the New York Dolls, the MC5, air that swerves between exquisite calm in her gentler, meandering poetic numbers like Dancing Barefoot, to frenetically raw for rock classics like Rock n Roll Nigger, Because the Night, GLORIA and the edgy Free Money. She even dedicates a couple of songs to Amy Winehouse and Janis Joplin who I’m sure must follow her around in spirit. And keeping that spirit at high water mark, she raspingly shouts the letters “P.U.S.S.Y  R.I.O.T” into a song.
A quintessential rock n roll experience. In these days of bland X Factor control freakery, seeing this sort of music live is a must; an initiation for any true music fan, and vital for keeping real music, shamanic story-telling, anarchistic politics and poetic rebellion alive.
She ends with the anthemic “People Have the Power”.
“Be brave! Be strong! Work hard! The future depends on you!” is the rallying command of this Lady Oracle as she leaves the stage. Like all great punks, she has the knack of making you feel like the eternal teenager. The musical equivalent of a whirlwind romantic crush: you arrive, you’re besotted, then you’re out on the street wondering what the fuck happened.
What happened was we had the original punk poetess in our midst, a living, female rock n roll Rimbaud – what an honour.
Review and Photo/montage – Claire Palmer
.
Tweet