Painter Sarah Shaw is the winner of this years’ British Women Artists’ competition, organised by Jo Wonder. Jan Woolf asked her some questions 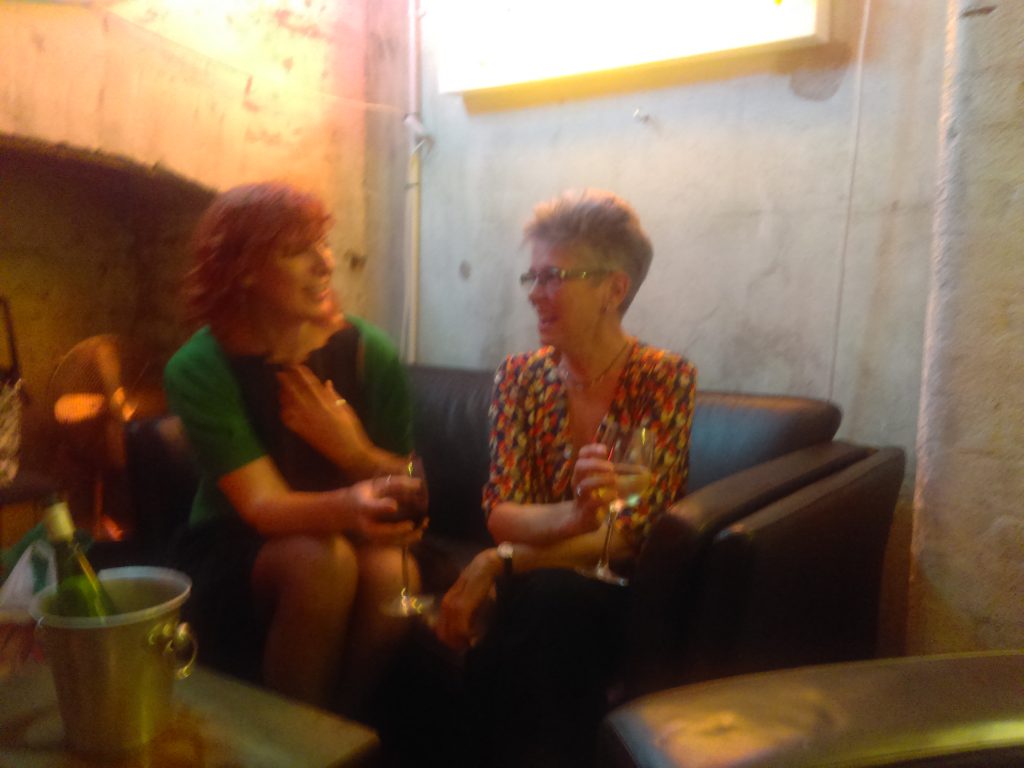 Jan Woolf: Sarah.  Congratulations on being this year’s winner of the
British Women Artists competition.  There is a glorious joy of paint
in your work. This can seem almost old fashioned these days,
especially in this electronic age. What makes you use the medium of
paint to express yourself, maybe even point beyond the self?

Sarah Shaw: Thank you all at British Women Artists! It really is an honour, and thank you for the compliment.  I don’t know really, it’s just always been my medium. There is something about oozy, pungent, beautiful oils and the way they move which gets me every time.  I will continue to use paint until I’m no longer surprised by it but I don’t think that will ever happen.  I’m constantly surprised by my peers’ use of oil paint, and continuously inspired to keep on pushing to create these illusions on a two dimensional space. I don’t feel I’ve even scratched the surface yet.

Being a painter in an electronic age means you are automatically involved with ways of looking and seeing in which technology plays a vital part. The screen is ever present. I have recently been making work which incorporates computer glitches and the buffering that occurs when you are wanting to watch something but instead have to be in the moment you are in instead.  I think painters are living through an interesting time, a challenging one in which exciting work is being made despite the fascination with ever advancing technology.   I’ve found an incredible sense of joy, elation, frustration, anger, serenity, any emotion you could name through my relationship with paint. The dialogue between us is ever growing like the most profound relationship I could ever have. Maybe that is old fashioned but I’m okay with that.

JW: Your paintings seem to have a marvellous effect on the viewer
helping us transcend the mundane self rather like Turner’s did. Can
you comment on that?

SS: One of my intentions in painting is to leave space for the viewer to bring themselves into the spaces I’ve created. I like leaving things a little unsaid, a little ambiguous, to allow for a breath of life but also to create this space.  Painting is something that, even for the maker, can be reflected on and retrospectively can transcend the most mundane of intentions.  I try and leave my ego at the door of the studio. Sometimes it creeps in through gaps in the ceilings.  There is a consciousness at play but it seems to be  less of an unconscious/subconscious than an accelerated consciousness where aesthetic decisions are being made speedily and without censure.  At its best it seems like it is almost a form of meditation.  At its worst it is a constant torment.

JW: The winning painting Hall of Mirrors has been compared to Las
Meninas by Velazquez.   Did that painting influence you?

SS: I hadn’t ever thought of Las Meninas whilst making this painting, but of course, I’m aware of the work.  It’s fascinating to look at now though with this thought in mind…some of the openings and exits in the painting echo the ones in my work, especially the exit at the back. I can see where you would make the comparison.  This painting emerged through many variations and was one of a series of paintings about rooms or metaphorical inner spaces. I explored painting different kinds of inner spaces where people congregate (or meet themselves) from smoky rooms where secret meetings are taking places, to boardrooms, to pubs, to secret rooms within rooms, all the way to the studio.

I had an intention to create a certain painting with a certain feeling. This one didn’t happen. It obviously wasn’t the right time for it. The one that emerged once I’d turned the canvas upside down and continued working surprised me. It felt like a true reflection of my working process – I initially called it ‘House of Cards’ to reflect the precariousness of the making process in which passionate feeling can make or destroy a painting in seconds.  ‘Hall of Mirrors’ seemed so much more apt once I realised that I had inadvertently painted into the work the face of one of the people who first believed in my work, and has since bought three of my original paintings.  The exits and entrances within the painting, the precariousness of the paintwork and the creeping something on the ceiling all combine to create what is for me an accurate summary of what happens emotionally and physically in the studio.  Pressures, uncertainties, a few ghosts. A sense of history. A sense every time of picking up a brush and going alongside all those painters down the ages and also having a slight sense of your own ridiculousness in having your heart in your mouth every time you make a painting.

JW: What are you painting or planning to paint now?

SS: It seems almost redundant to talk about what paintings I am going to make next – they change so much through the dialogue of painting. The process seems to teach me where I need to go.  I have recently made quite abstract work in which I had to restrain myself somewhat to keep with the theme of the show.  My intention now is to go back into the studio and remake those paintings because something about them excited me, but allow myself this time to trust in process and my aesthetic intuition. I have a feeling they are going to be much more figurative, and maybe a little more informed, having already tackled the problems inherent in the spaces.  I’m making work for a few exhibitions at the moment including a huge show in Italy in September, and interestingly, a show I have been asked to be part of, alongside some amazing artists, which is to be shown in the beautiful space of Southwell Minister in Hull.  I have about forty different canvases on the go in the studio from miniature to massive, so who knows where it will all go.  Winning prizes like this are a verification that somehow I am on the right track and give me further confidence in trusting my process.  Whatever happens and wherever they go the journey is always interesting! 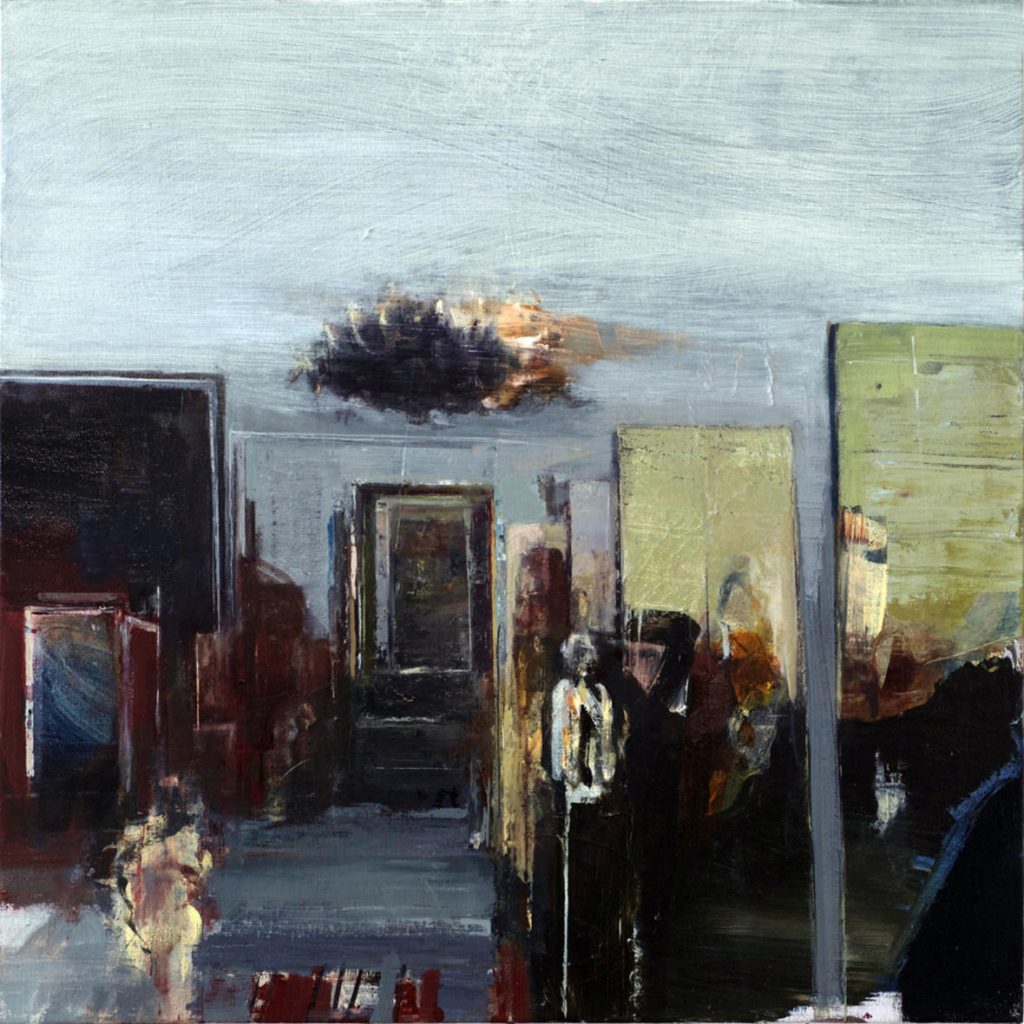 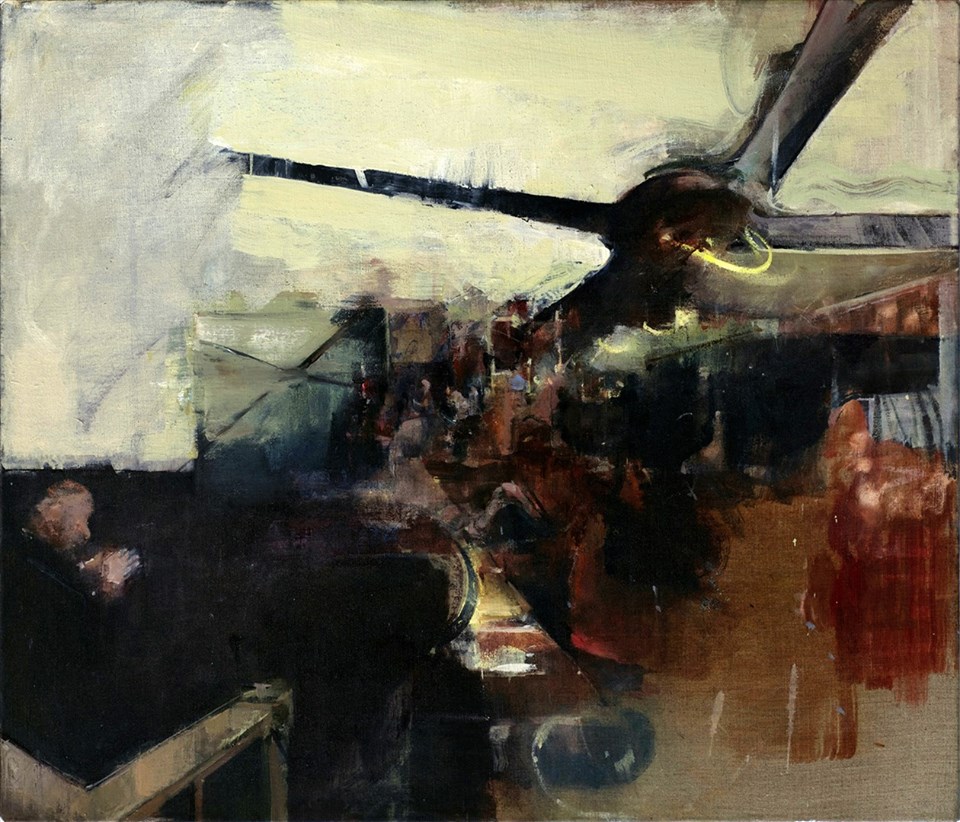 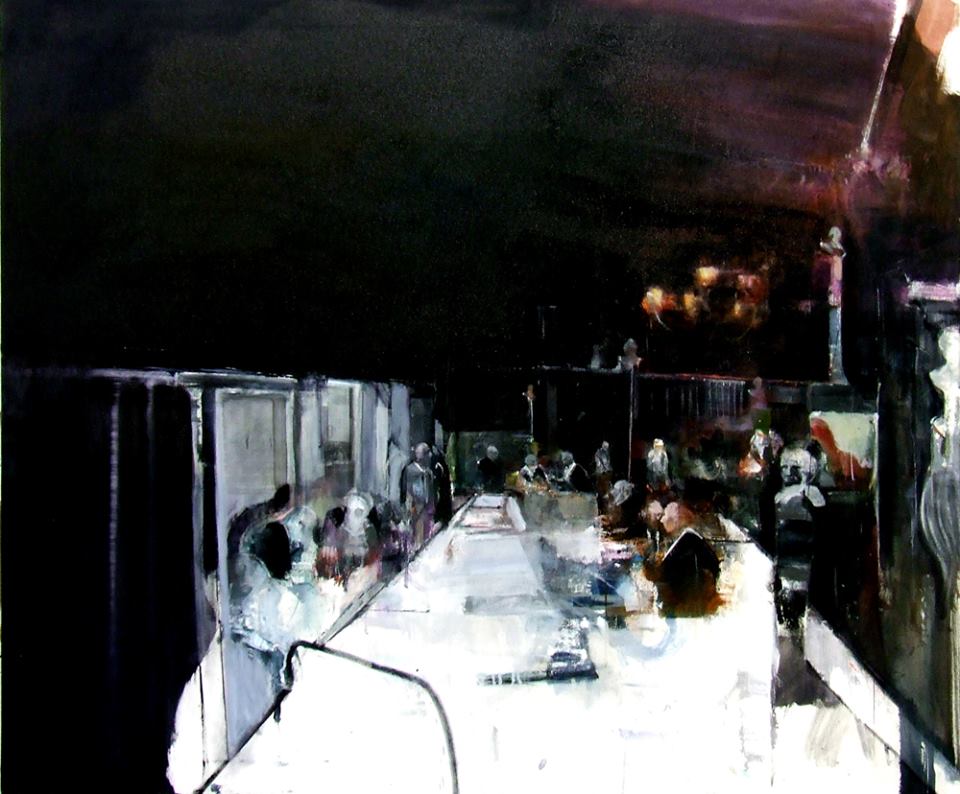 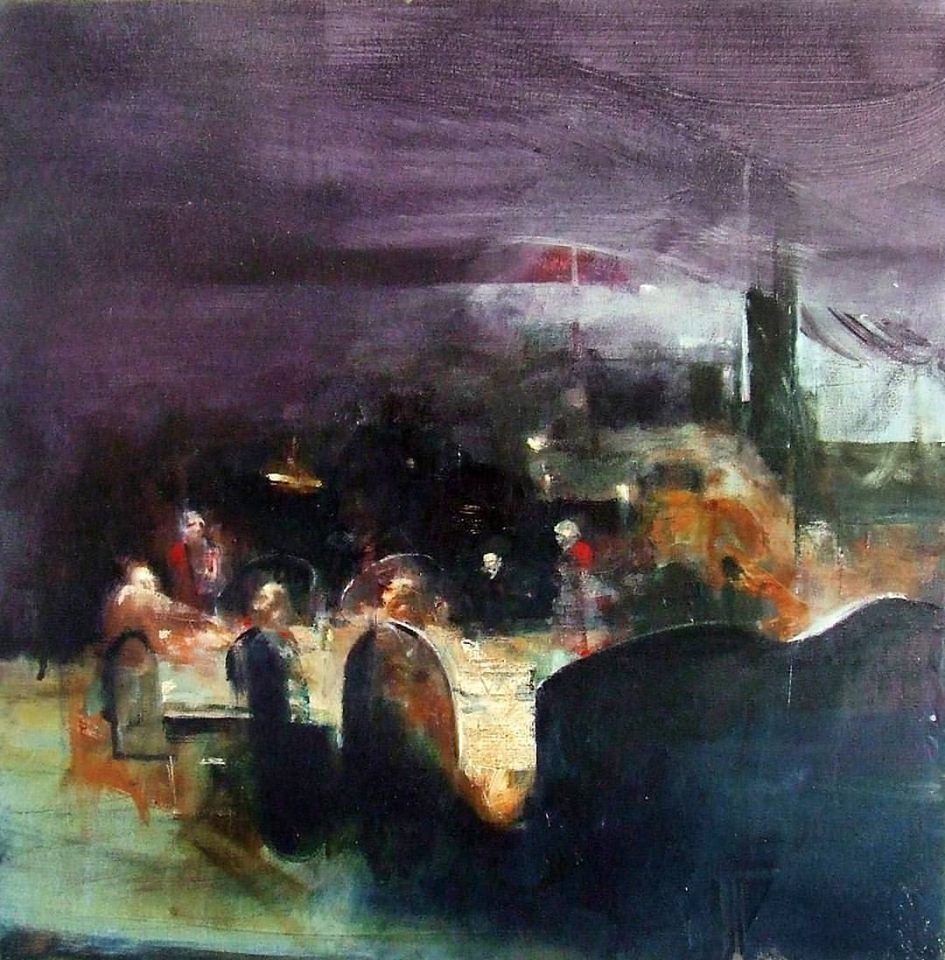 Out of One Eye 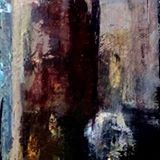 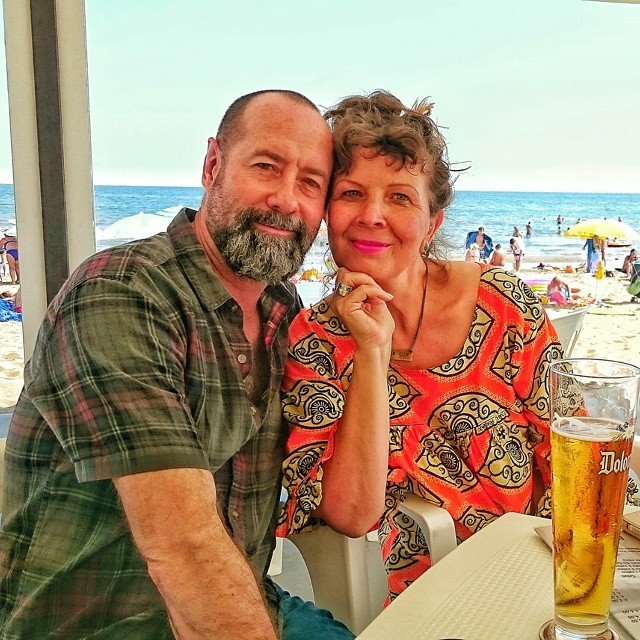 View all posts by Jan →
This entry was posted on 31 May, 2017 in homepage and tagged British Women Artists competition, Jan Woolf, Sarah Shaw. Bookmark the permalink.