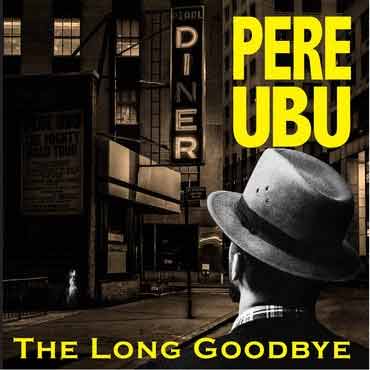 Pere Ubu came out of the American wastelands of Ohio with their own idea of what punk was. Since it involved burbling analogue synths, musical and lyrical complexity, and David Thomas, a statuesque and formidable human being with one of the most noticeable singing styles in existence, they perhaps initially misunderstood their potential audience, but they had enough energy and demented persistence to make their mark. Early singles such as ’30 Seconds Over Tokyo’ and ‘Final Solution’ were astonishing attempts to match primitive rock to abstract electronics, musique concrete and electric blues, and Pere Ubu have continued over the years to refine and redefine their postpunk explorations.

The Long Goodbye is on the surface a straightforward album by this mature band. Like it’s recent predecessors you can put the album on and it will happily burble away to you in the corner without disturbing or offending you in the way their early albums would. Pay attention however and there’s some weird stuff happening. some musical lurches and surprising twists and turns, and Thomas continues to challenge most people’s notions of singing. ‘Flicking Cigarettes at the Sun’ (what a great title!) not only has some synthesizers pretending to be bedsprings and a guitar riff to die for buried in the mix, but moments of delicious feedback and strangled noise too, as well as associative surreal lyrics worthy of Captain Beefheart himself.

Or there’s ‘The World (As We can Know It)’ which is totally unlike the world as I know it. It skips and skedaddles around, over and through more delirious sounds and then stops to scratch itself as a clarinet elliptically orbits. The closing ‘Lovely Day’ deftly deconstructs and reinvents the torch song as (un)popular seaside ditty, bringing the album to a stately close. And then you can press play again and return to the whoosh and energy of ‘What I Heard on the Pop Radio’, although I can’t believe Thomas and his crew have ever bothered to listen to pop radio, despite Thomas’ claims to the contrary on the press release. I mean why would they when they can come up with this glorious stuff? Thomas can argue that this ‘is pop music the way it should sound’ but it’s not, it’s just great music.

Before they’d even finished the album, in fact pretty soon after they’d just started, a slimline quartet version of Pere Ubu, including drummer Chris Cutler from a previous incarnation of the band, gave a concert which was pretty much the album in a different order. This concert comes as CD2. The band gave the fans a harrowing version of ‘Heart of Darkness’ and then proceeded to the business at hand, which appeared to be rockier and noisier version of the new tracks. The band seemed to be exploring possibilities, and the synthesizers are especially eccentric and tangental. It’s a fascinating document of music being written and arranged before your ears, and it’s great to have two versions of The Long Goodbye. 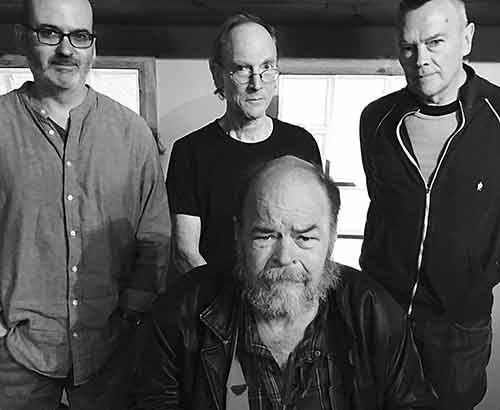 View all posts by Rupert →
This entry was posted on 8 June, 2019 in homepage and tagged Pere Ubu, Rupert Loydell, The Long Goodbye. Bookmark the permalink.