The U.K. Ministry of Defence is taking the British public for fools.

One of the most sophisticated military operations in the world would have you believe that there’s no alternative to slaughtering bears and wasting taxpayers’ money to make the ceremonial caps worn by the Queen’s Guard. 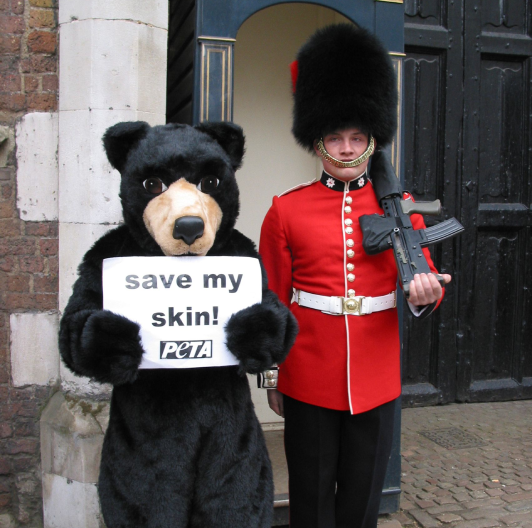 PETA U.K. has launched a new government petition to trigger a debate about the issue in Parliament. Faux bear fur already exists for the caps—it matches the exact length of the real bear fur and is 100% waterproof. There is no justification for the continued slaughter of bears for these caps.

The petition must get over 100,000 signatures in order to be debated in Parliament.

PETA U.K. urgently needs you to sign it. Britain’s Got Talent judge Alesha Dixon has—will you?

Thank you for your compassion for animals!

Tweet
This entry was posted on 15 January, 2022 in homepage and tagged bearskin hats petition, PETA. Bookmark the permalink.

One Response to Sign PETA U.K.’s Petition to Take Action for Bears