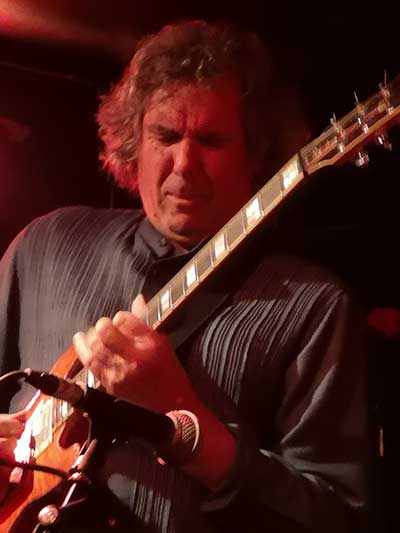 Two recent events have made me feel uncomfortable about the later-years baby-boomer heritage I share with my generation: Nigel Farage left a comment on my youtube channel recommending an honour for Steve Hackett, the subject of a filmed interview I did with my friend the journalist, author, actor and stage director David Erdos: ‘Man deserves a knighthood’. Maybe Steve does, but the fact that it’s Brexit Nige who thinks so is, to me, a blessing of dubious provenance. Then, not long later, David tells me that the liner notes for the CD reissue of Genesis’ classic album Selling England by the Pound were written by Jeremy Clarkson. For me, Farage and Clarkson represent some of the most disappointing aspects among peers of my gender: sexist, misogynist, racist and/or xenophobic and politically reactionary in about equal measure.

Tonight’s support act The Dials are too young to qualify, so there’s hope there. A psych-pop band from Hove formed in 2002, their music pays hommage to, without attempting to recreate, classic British and American psych and updates it for a 2018 audience.  This is melodic alt pop of a high calibre. As part of their set supporting the current line-up of Soft Machine (formerly Soft Machine Legacy), they play one song in 5/4, a nod to the prog leanings of the band they’re here to support, and sing another in a touching acapella.

Soft Machine have undergone too many transformations to detail here. The current line-up includes none of the founding members, and the music bears little relation to the output of its earliest years. Named after a novel by William Burroughs and formed in Canterbury in 1966 by Daevid Allen, Kevin Ayers, Mike Ratledge and Robert Wyatt they exemplified the spirit of exprimentation and exploration of the British psychedelic scene of the mid 60s, their first two albums being classics of the genre. Later recordings saw them explore subsequent phases,  before morphing in to a mid-70s jazz-funk outfit that mirrored similar explorations to those of Pierre Moerlan’s incarnation of Gong. For me, much of that stuff was soulless noodling that celebrated ‘chops’ in the style of the dreaded Brand X without really going anywhere interesting or having much to say.

The current line-up includes veteran jazz drummer John Marshall, with guitarist John Etheridge, bassist Roy Babbington and multi-instrumentalist Theo Travis, formerly of Gong. Tonight at the Con Club in Lewes, home to a roster of heritage progrock acts organised by Brighton-based Dictionary Pudding, they play a set that includes Out-Bloody-Rageous from Third, the band’s consistently best-selling album, and numbers from Softs and Bundles, the two mid-70s albums that both featured Marshall and Babbington, with Etheridge joining for Bundles (yes, the history is complicated). 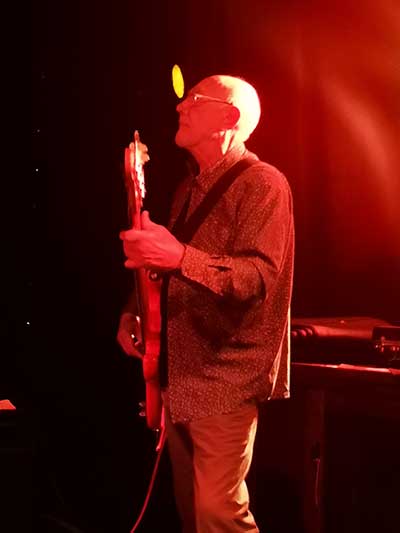 If you like virtuoso rock-inflected British jazz, Soft Machine are probably the most authentic exemplars of a much-maligned trend in British popular music of the 1970s still doing the rounds. Much of it is thrilling, especially the trade-offs between Marshall and Etheridge, but similarly much of it is somewhat tedious bloke-rock that recalls a lost era without significantly adding to or developing its material for a contemporary audience. Probably an irrelevant ask, to be honest. Most of the Con Club’s Dictionary Pudding nights are unashamed nostalgia fests for 50- or 60-somethings who delight in seeing their old heroes gather for what might be their last hurrahs as the sun sets on their musical heritage.

Due to an early last train back to Hastings, I have to leave just as they bring to the stage saxophonist Brian Hopper – older brother of the late Hugh, bassist from an earlier, classic incarnation. I am sorry to miss his contribution. I’d be a hypocrite if I didn’t say I found moments of tonight’s celebration of Soft Machine moving. I only hope they don’t get some reactionary numpty like Boris Johnson or Piers Morgan to write an appreciation when they finally call it a day. 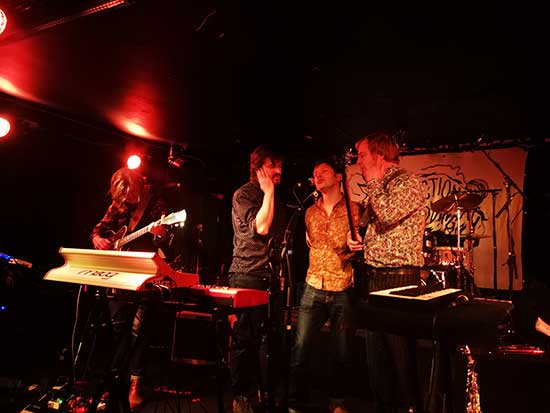 The Dials album That Was The Future available here

View all posts by Keith →
This entry was posted on 22 December, 2018 in homepage and tagged Keith Rodaway. Bookmark the permalink.