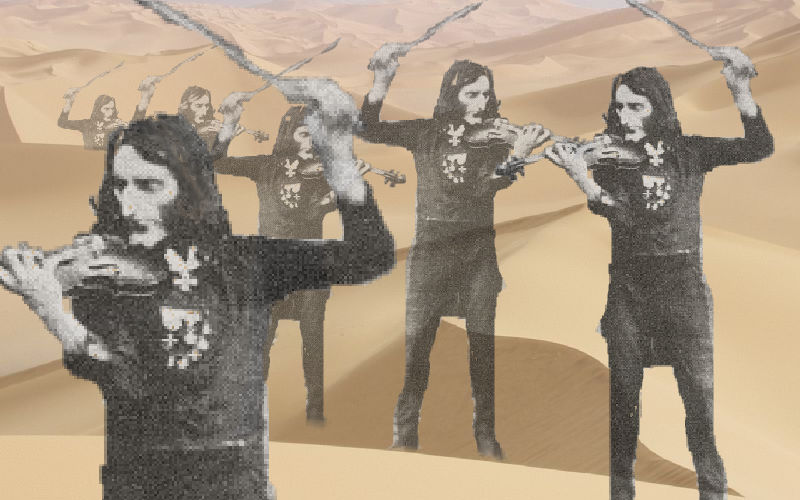 Art itself has power, albeit not of a worldly kind. There are some who thrill at a well played-violin sonata; whilst others are struck with an electric shiver at the sound of a Flamenco guitar.

This is the power of art.

Picasso’s art endowed him with a kind of non-institutionalised power: that of fame. When he entered a Paris restaurant heads would turn and the volume of conversations went down a degree or two; but he couldn’t design a road sign or raise the tax on ice-lollies.

The power of music however, is a more substantial matter, for instance: Although music is considered insubstantial of itself and unrelated to the world of matter, this is not strictly so, since the vibrations which we call sound are composed of, and reach the ear, through the medium of a material substance, namely, the mixture of gases commonly known as ‘air’; and if this were not so birds would fall from the sky.

Niccolô Paganini, probably the most illustrious virtuoso violinist to touch bow to string had a reputation in his own time that filled to overflowing the many concert halls on his incessant tours. However, his diary records that whilst in a small town in southernItaly he was introduced to a local violinist with whom, unusually for him, he discovered an instant rapport. The man was no great technician and Paganini, whilst touring had met with the greatest virtuosos of his time. Yet in his diary he confides, ‘I have never come across a violinist with so much power of soul in his playing.’

Whilst visiting the violinist’s poor home he had sat entranced as the man played for him, but was unable to detect a single technical detail which might explain this power, and he had left nonplussed by the beauty of the music.

However, that evening Paganini is to perform at the Opera House of a nearby town and invites the man to come and hear him, arranging for him to sit in the wings during the performance. That evening he gives a superb exhibition of virtuosity and is rewarded at the conclusion by a standing ovation. Paganini bows and leaves the stage only to be irresistibly recalled by the volume and duration of the applause. An encore then follows at which gentlemen are awestruck and ladies swoon. Paganini returns to the wings and begins preparing to leave. But the audience is so ecstatic, stamping its feet and shouting his name that the manager approaches and begs him to play once more. He is just about to comply when his friend, who from his position in the wings has been watching all this, steps forward; takes him by the arm and speaks quietly into his ear:

Paganini is smitten to his soul by these words; putting away his violin and suddenly deaf to all voices he leaves the theatre and its disappointed audience.

It is said that Paganini never played another encore, but that his music henceforth acquired a new and subtle sweetness.

View all posts by David →
This entry was posted on 24 December, 2012 in homepage and tagged dave tomlin, humor, Mike Lesser, Paganini. Bookmark the permalink.