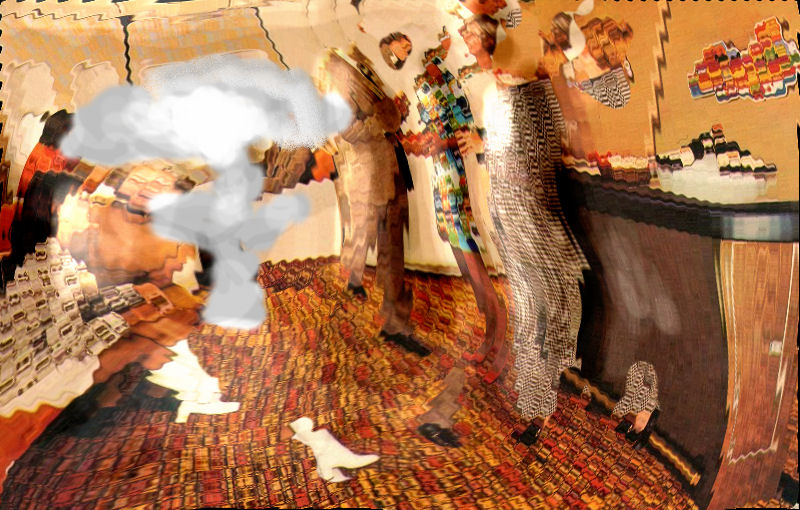 On the afternoon of 16 February 1963 four men set out from London for an area of countryside just outside Reading in Berkshire. All were members of a British anti-nuclear direct action group known as the Committee of 100. What they eventually came across, and gained access to, was Regional Seat of Government 6 (RSG6); one of a network of nuclear bunkers from which an elite were to govern the country in the event of a nuclear attack. Following a second visit, a suitcase of material was returned to a wider group for collective analysis. This small group of activists, under the name ‘Spies for Peace‘, then secretly collated the procured information and produced the controversial document Danger! Official Secret. On 10 April 3,000 copies were sent out to carefully chosen members of the public in time for widespread copying and distribution on the Easter Aldermaston march. The march coincidentally passed within a few miles of RSG6, and on the Saturday, a section of the marchers split from the organized route and headed towards the government installation, where they protested outside the entrance for a few hours. Media outcry ensued, and for the British public a crisis in confidence in their political leadership. Despite parliamentary pressure on the authorities to pursue those responsible, none of the Spies were ever caught for their actions. This article tells the story of how, within a life-history research project that focused on the Committee of 100, four individuals decided to reveal their identities as being original Spies for Peace, and for the first time in nearly fifty years of silence their versions of events was finally recorded. It is an exploration into mutual protection, insider and outsider dynamics, trust, agenda and ethical concerns. It is also a story of high-risk radical commitment and an activist journey within the Cold War and beyond.

From the introduction to “Danger! Official Secret:  the Spies for Peace: Discretion and Disclosure in the Committee of 100″ by Sam Carroll

None of the Spies for Peace were discovered or arrested during their lifetimes. Recently the writer and human rights activist Natasha Walter  wrote about her parents Nicholas and Ruth’s involvement as Spies for Peace, the only two people ever to reveal their identities. So why now?

It is not true that Nick and Ruth were the only two Spies to come out. Ken Weller and various others, including myself, gave lengthy interviews to Sam Carroll for a Ph.D. thesis. It seemed to us that enough time had gone by and that legends were beginning to grow. We felt that a semi-official history was called for. Sam Carroll seemed to be a very honest person and a dedicated historian. We decided she would serve our purposes. Also a Ph.D. thesis, being in public domain, could not invite prosecution for “profit from crime”. This is the charge on which Pat Pottle and Michael Randle were arraigned. In some ways the story of Pat and Mike is more extraordinary than ours. Not only did they rescue a very senior KGB operator from high security and deliver him safely to East Berlin but when they were brought to trial the jury did that most rare thing and delivered the mischievous verdict of “not guilty”, despite Mike making no press pretence of being innocent of the charge. The jury believed that they were anarchists not communists and that they organised George Blake’s escape purely for reasons of friendship. It must be stressed that they were charged with “profiting” not with treason.

So the answer is that we took advantage of the opportunity presented by circumstances to do something which needed to be done.

Why have you personally decided to “come out” now and how come nobody was ever arrested?

Something that I don’t think anybody will actually say is that we were all very proud of the job that we did and that we saw no reason in 2009 not to take credit for our work. There was also a didactic element in that we wished, still do in my case, to show what was possible with a little ingenuity. There was also an element of criticism of the present level of resistance.

It is very surprising that none of the Spies were arrested in their lifetime. However, it is extremely unlikely that any of them would have been arrested post-mortem. Robert Tasher has a coffin on the beach of Our Gang [weekly International Times cartoon] in memory of a dead Russian who is being tried there at the moment. This is the first trial of its kind in Russia and indeed legal proceedings against the dead are very rare globally.

Can you disclose how many individuals were in the Spies for Peace organisation?

In the original break-in of RSG 6 there were five of us. This was increased to more than eight by the time the group dissolved.

Can you explain something of the ethos of the Committee of 100?

It is very important that you bear in mind that the Committee of 100 was a movement of mass non-violent direct action. There never were any clashes with the police although there were many arrests, perhaps as many as 7000 in one afternoon. A very careful system of organisation was in place. Elaborate preparations were made to ensure the non-violence of the mass demonstrations. This has never been documented.

The Committee of 100 and CND should have been on the same side, yet they clashed. Why was this?

Despite all the efforts through the last few decades for nuclear disarmament, do you think the world is a safer place regarding the nuclear threat today?

The reaction to the introduction of the crossbow which rendered aristocrats liable to harm in battle and the introduction of gunpowder which destroyed the power of those in possession of fortified castles both went through identical processes to the atom bomb. The use of both was formally banned and each in turn was anathematised by a Pope. The quick answer is that of course they will use the bomb, they already have after all.

A potential end of the world? With the gift of  hindsight regarding the faux Cold War of the 1950s, ‘60s and ‘70s, today we see yet more attempts at divide and rule, this time in the Middle East, with the flames being fanned to create hostility between Islam versus the West, the objective being a Third World War. Do you think, thanks to the efforts of CND, the Committee of 100, the peace movement and the heroic undercover manoeuvres of the Spies for Peace, that we are now experiencing a huge worldwide awakening to the pointlessness and insanity of all such warfare?

One of the great problems of life is to separate the imaginary from the directly experienced. I think that we did poor service by popularising the idea of “end of the world”. I do not think that atomic weapons imply the end of the world. “End of the world” is a figure of speech. It is a dramatic piece of literature. Its roots probably lie in ancient religion. However, when it is used in a political context it separates what we see around us from what we imagine. It is this confusion which makes it possible for people to be led into believing that they are being attacked or persecuted by other people or other states. In order to govern ourselves without the cancer of professional politics we need to be able to trust our eyes and to reject propaganda and mythical politics.

I would think that the misery imposed by corporate capitalism is a far greater destroyer of human happiness than anything that could emerge from atomic war. And, yes, I do think there is an awakening. I think this is especially true in Islam. The crowds that have gathered in Tunisia, in South America, in Egypt and in China are actually large enough to combat the jet fighter bombers of the state.

I feel a new element has entered national politics all over the world. Perhaps this is because of the increase in interpersonal information flow due to digital media or perhaps for some other reason of which I’m not aware. Whatever the reason I think in several places in the world there is a growing awareness that people’s lives are being wasted by governments imposing social structures which are increasingly seen by the mass of the population as onerous and unnecessary. I think that people are becoming less willing to trust gangster politicians and more confident that they can take the world into their own hands and make of it a treasure house without locks and bars. 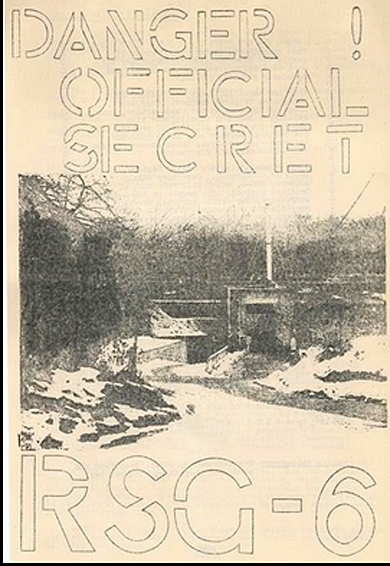