THE AGENT OF DESTRUCTION 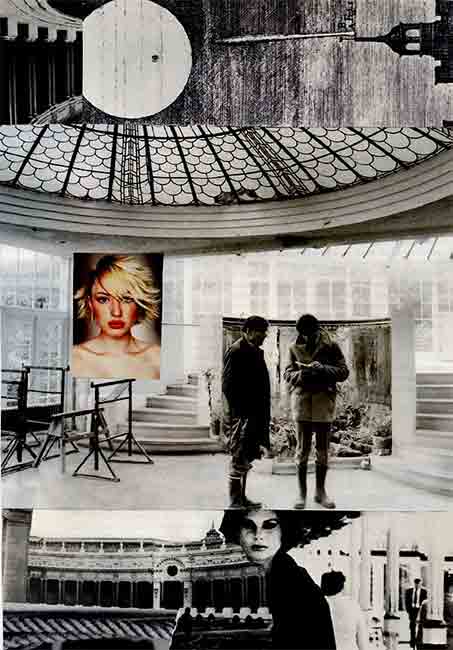 In 1779 Aloys Lenoir Belvedere was appointed to arrange and administrate The Imperial Collection. An austere man, he was immersed in the doctrines of The Enlightenment.
Everyone applauded his appointment except the daughter of the Royal House:
“This man, Belvedere,” she exclaimed, “is an agent of destruction!”
But the courtiers and men of power ignored such a stricture, coming as it did from the lips of a young woman not yet nineteen.
Belvedere was duly installed and set about his task to bring wisdom to the populace.
The daughter of the Royal House continued her opposition to the public museum intended for the display of royal treasure, but she was powerless to stop a project which had the support of everyone, including her step-father, The Emperor, himself.
In the centre of the new museum building was an elegant rotunda. Its mosaic floor was encircled by neo-classical statues of the Virtues, Graces and Muses, and in the very centre there was a plinth dedicated to the principles of Reason and Patriotic Honour.
One day Belevedere’s subordinates requested an audience with the Princess. They explained that in her personal possession was an item of immense significance, a statue of immeasurable antiquity which their master, the impeccable Aloys Lenoir Belvedere, begged her to release for public display on the all-important central plinth. Dumbfounded the Princess demanded a personal interview with the Administrator.
“Why do you make this request?” she asked flashing anger from her deep, dark eyes.
Belvedere explained that her statue was the perfect embodiment of these principles of Reason and Patriotic Honour to which the museum was dedicated and which her step-father, the Emperor of Great Magnificence, entrusted him to communicate to the populace.
With a strange smile the Princess granted his request and the statue was installed the very same day.
Next morning officials were astonished to discover a scene of unholy transfiguration; each of the noble neo-classical figures of the Virtues, Graces and Muses arranged around the new exhibit was curiously disfigured. Heads were mutilated, arms missing, draperies covered in a network of fine cracks and savage scratches. Even more peculiar was the disappearance of Belvedere himself.
A thorough search of the museum, the Imperial Palace the grounds and the Royal Estates only served to deepen the enigma of his conspicuous absence. Days, then months elapsed with no sign of the administrator, or any information as to his whereabouts.
Eventually after fruitless searches he was given up for lost and, although the museum dedicated to the transcendental principles of Reason and Patriotic Honour was opened with great ceremony on the appointed day, the doors leading to the central rotunda were kept locked less some extraordinary or irrational misfortune strike unsuspecting visitors.
Superstition and dread ensured that no-one ever mentioned the name of Aloys Lenoir Belvedere, The Agent of Destruction.
And the Princess never requested the return of her statue.

Tweet
This entry was posted on 6 June, 2020 in homepage and tagged A.C.Evans. Bookmark the permalink.