THE ANGEL STILL SLEEPS IN HIS CAR 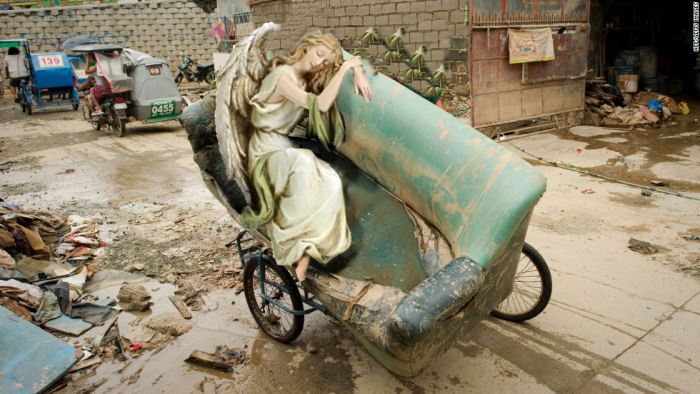 After a failed suicide and the ruinous distraction of yoga,
After wings clipped by courdroy and too many buns after dark,
After experimentation with gin and a tustle or two at the Airport,
After kebabs spilled and onions wedged in the crack and the hinge of the door.
After a pass at a boy and the missing of the last train from Soho,
After a Night Bus of pissed Polish and the loss of a key in the street,
After the scaling of walls and a mistimed dance with the ugly,
After a Dog’s death and a breakfast of the last of the rice in the jar,
After the memory has been lost and the movement of the clouds seems like rumour,
After the small, scrawled reminders have been worsened by rain into mush,
After the tears and the chill and the frantic search and the phonecall,
After the mask snags and cuts you and the blood in your ears and the scars,
After the long, slow descent and as the fingernail scoops yoghurt traces,
After the kills, fucks and kisses and the fear and the cold of steel bars,
After the questions to God and the crashing into empty churches,
After the Synagogue has been sanctioned and the Mosque mystified,
After the appeal, the attack, the sly advance, the rejection,
After the dirty hand on the woman and the tightening clutch on her breast,
After the dream and it’s inevitable masturbation,
After song, after riot, after the ill-timed piss in the park,
After the dance, afterwards, after all of this, ever after,
He who courts disappointment will still have to go and sleep in his car.

Tweet
This entry was posted on 22 January, 2015 in homepage. Bookmark the permalink.