THE CLOWN OF ALEPPO 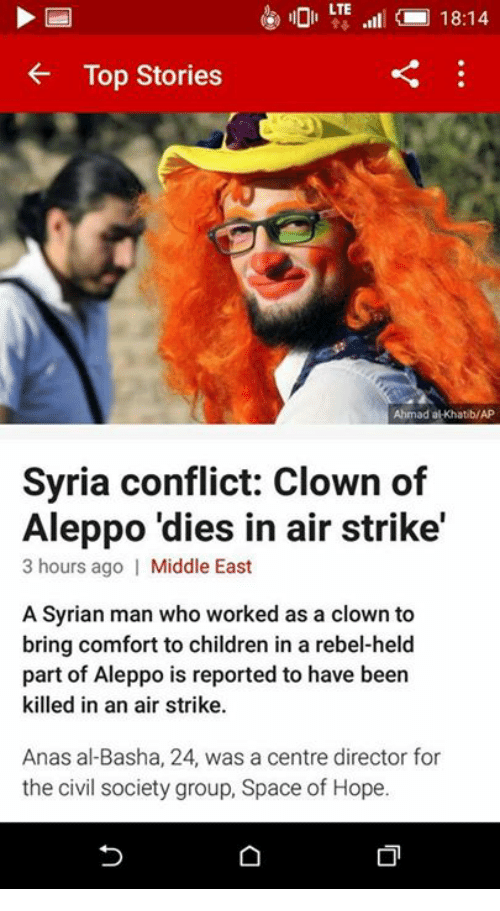 Anas al-Basha dressed as a clown
to cheer the children whoąd lost parents
in the endless brutal siege by
Russian and pro-government forces.

He stayed behind in the half-razed city
while his own parents escaped to the country,
sent them the salary earned from his
charity. He was twenty-four years old.

Anas al-Basha, I read that you’ve been
repaid for your generosity with death.
You did more good in your twenty-four
years than most of us do in seventy.

I’ll spare you the odium of further
comparisons with the self-serving
of our nation. Instead I’ll pray for
your wife of two months, still trapped in

Aleppo, and offer prayers for your soul
which must rest lightly in the hand of
heaven, as all clowns do. Jesus too was
a clown, a fool in the eyes of the world.

Evil times in which a darkness inside us
has risen up to undo creation. We pray
for the courage to love and laughingly fight
for the children as you did, clown of Aleppo. 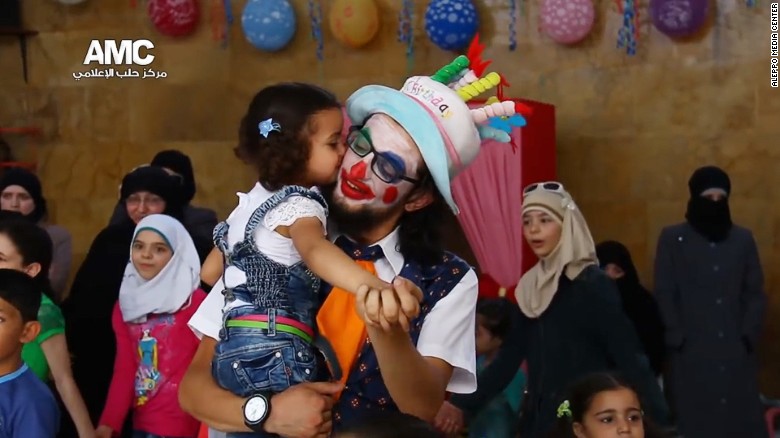 Tweet
This entry was posted on 22 December, 2016 in homepage and tagged Thomas R. Smith. Bookmark the permalink.