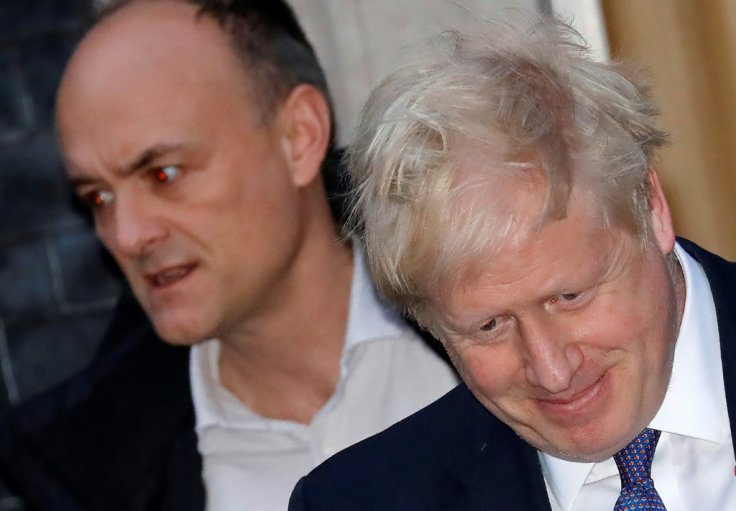 And so Cummings condemns and throws even their
Former secret codes into chaos. As with any supposed
Divorce, the embittered try to deny what once was.
It is as if the tin man had spilt the rotten beans kept
Inside him, to poison the cowardly Lion, with his fart-like
Exhalations as he waddles towards his warped Oz.
The issue is: do we care? This is just like ‘bored of Brexit.’
As fucked by farragoes, the cargoes of lies oil-slick out.
Corrupting the shore, the seas’surrond and all swimmers,
Whilst staining language, as so little remains without doubt.
We can oppose and decry but will suffer still, doing nothing.
As the point of contagion is always concerned with the germ.
How do we keep our hands clean, alongside the society built
To wash them? If we do conceive fresh solutions,  by shifting
Soil, sense and surface to actively turn that lost worm?
I consider the great ones who led, from Luther King, to John
Lennon. Severely wronged, cruelly taken for what they tried
To do, share, or say: messages beyond time and taste, yet still
Rife with substance, while today, those we’re left with, wish
Only to forge their own way. And so, Cummings returns.
In lifting the rock, his crawl stains us. He wishes to burn,
And tear shadow, like a policy made to induce direct,
Or, indirect forms of hate. He’s what they used to call,
A shit stirrer, but his wrath like broth mixes rancour
With the forces that boil and reduce each and all nourishment.
He resembles one of those strange parts in Shakespeare:
Escalus, the sad servant, plotting in twain with the Duke,
Or,perhaps, the First Murderer in Macbeth, charged with
The dismissal of Fleance. To Old Dominick, we’re all children
For whom the oppressions of fate forsake fluke.
He could possibly be Richard Three; a Domidick, scarce configured.
Unmade for the standards from which decency was designed.
On the prowl for a Prince to terminate in the Tower, eyeing Anne –
Or, his Mary, as he sneers and squints at road signs. We know
That every word is a lie and every line, misdirection. He wants
To see the world crumble but naturally, is no Anachist.
For unlike those who seek change, he isn’t even after reversal.
Instead, he’s the killer, who, with all victims gone can’t resist
Sticking the knife in his  chest, just to see what it feels like.
We are in his dream. That’s the madness – when monsters
Like this still exist. And perhaps, that’s the hope: that when
He wakes, we’ll be better; but then, that’s  the thing about
Stabbing: once the knife is in, it just twists. And thus,
It deepens. The wound will be one we’re all feeling.
As the bald fucked the blonde bastard with something
As chilling as his passionless, spiteful and carefully placed
Judas kiss.
David Erdos April 24th 2021
Tweet

View all posts by David →
This entry was posted on 25 April, 2021 in homepage. Bookmark the permalink.