The Dalai Lama, ISIS, and the President of the US The Dalai Lama has said that America created ISIS
Through its use of drones and its waterboard torture,
For the US has exempted itself from the rule of law
And become no more than an international butcher.

Tibetan Buddhism’s spiritual leader urges the Administration
“To alter America’s catastrophic foreign policies.”
He was in Moscow at the Bolshoi Theatre, where he was inaugurating
A festival: ‘Tibet: Traditions, Art, Philosophy and Peace’.

He chastised the President for supporting fallacious Saudi clerics
Who claim to represent Islam by siding with cutthroats:
“Thus they give the radical groups an excuse for their crimes”
Those who heinously murder the innocent, and then gloat. [1] 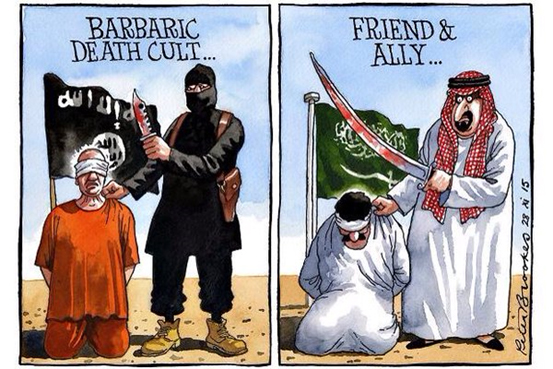 “Several times I importuned President Obama,”
He said as he outlined his geopolitical fears,
“To end his catastrophic support for Saudis and their terrorist proxies
“In the Middle-East but my appeals fell on deaf ears.” 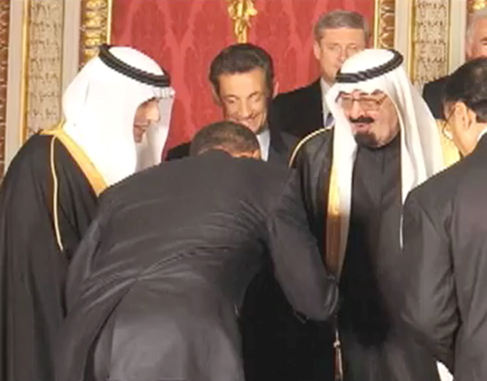 Obama has been happily photographed bowing to the Saudi King,
For his economy depends on Saudi oil’s poisonous spouting.
Like every prostitute politician the President claims to have vision
Yet cravenly he capitulates to Wall Street’s touting.

In ISIS’s latest propaganda video – as the Saudi oil spurts
Into the gas tanks of American automobiles –
A Yemeni is escorted into the desert by chanting captors.
His eyes and his mouth show the terror he feels.

In Arabic the lead captor explains to the camera
That “the enemy must be crushed”
And then he bends down to pick up a boulder
And the Yemeni man’s head is smashed.

His eyes are closed in agony as the boulder’s removed.
Gouts of blood then jet from his distorted mouth.
The ISIS participants film their victim’s last seconds
As his bloodstained eyes open in terrified disbelief.

The boulder’s picked up again and then it’s dropped,
Again chronicled by ISIS’s Cyber Army.
A remorseless, triumphal chant is added as soundtrack:
“The soldiers of Allah are ready”.

In the White House’s Oval Office the President of Barbarica
Signs his Wednesday ‘kill list’ with a golden pen
And the enemies of the Imperium are duly dispatched
Through State assassination or a robot drone.

The flow of the President’s pen leads directly
To crimson stains in Yemen’s distant dunes,
But Imperial power is impervious to reason
And the White House can’t read the runes.

In political science as well as in physics
Every action that anybody takes
Has an equal and opposite reaction, like karma;
Hence a drop of blood turns into lakes.