The Desert on Fire

The Canadian firefighters called it Operation Desert Hell. In January and February 1991, as the US-led coalition forced Saddam Hussein’s Iraqi forces out of Kuwait, the retreating invaders detonated the wellheads and set light to over 700 oil wells. The last fire was extinguished in November 1991 – 90% of fires were put out by dosing the base with sea water. It was dangerous work. Kuwait is the lowest point in the region’s oil field – oil fired from the ground at phenomenal pressure. The noice was deafening. The fumes knocked the workers unconscious. Any spark and fire would engulf the crews. Sebastião Salgado (Born: Aimorés, Brazil; 19440) was there. 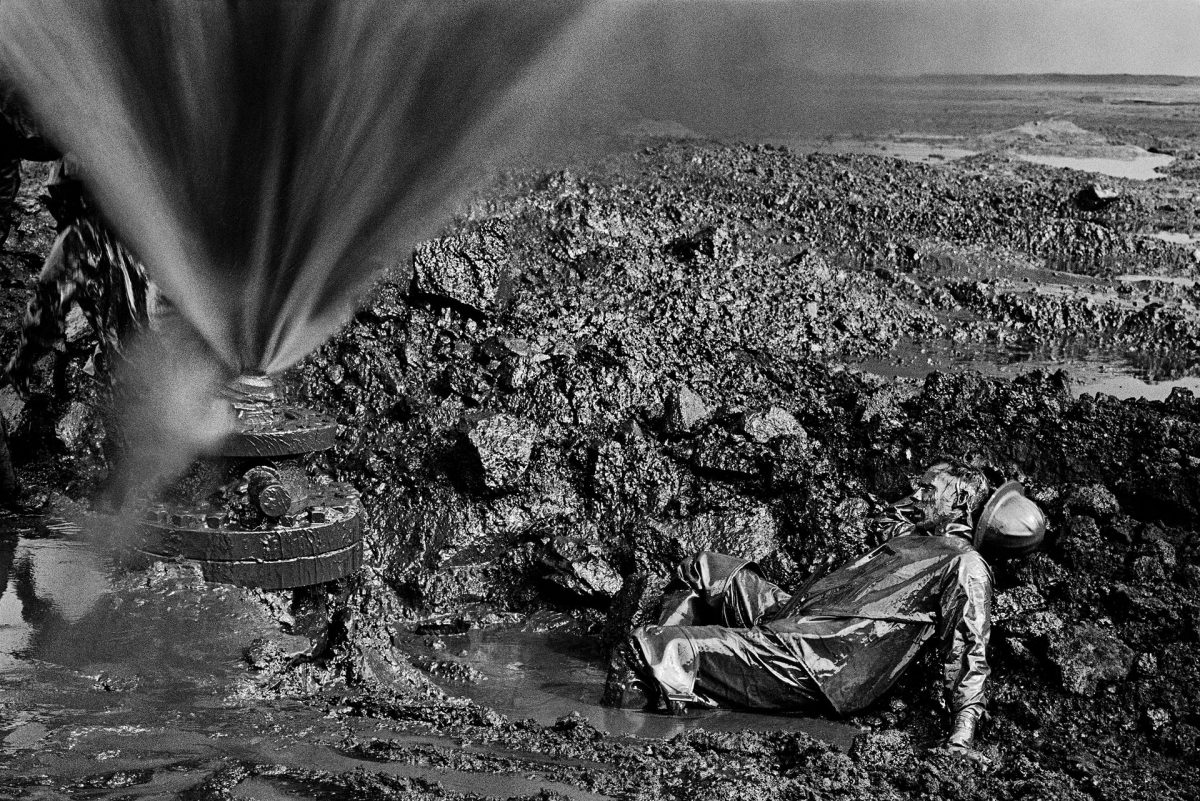 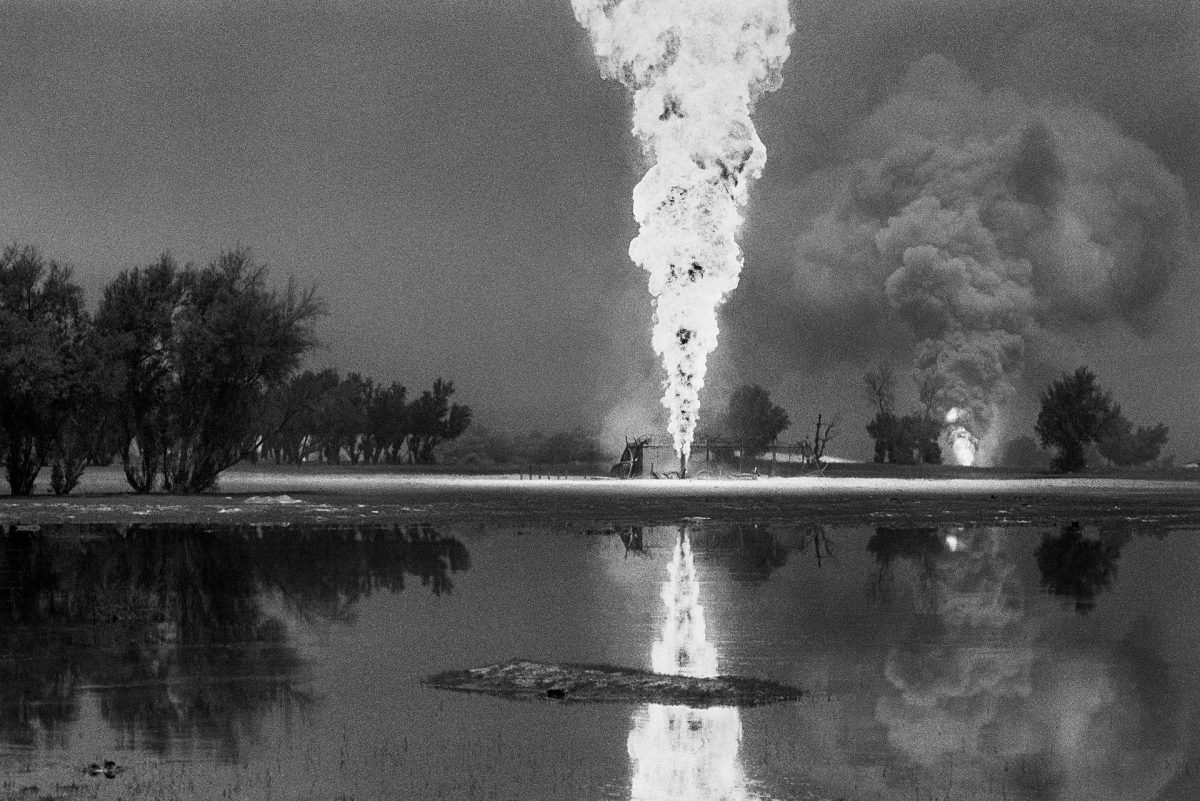 I was in Kuwait in 1991. The first Gulf war had just finished, but the oil wells were still burning…

What was incredible inside Kuwait was the sense of being in this huge theatre the size of the planet, with these oil wells burning all around. Sometimes you would go two or three days without any sunlight getting through the vast clouds of black smoke, then suddenly the sky would open. It was also quite dangerous. There were unexploded cluster bombs in the sand. A journalist and a photographer were killed when a slick of oil ignited as they crossed it. 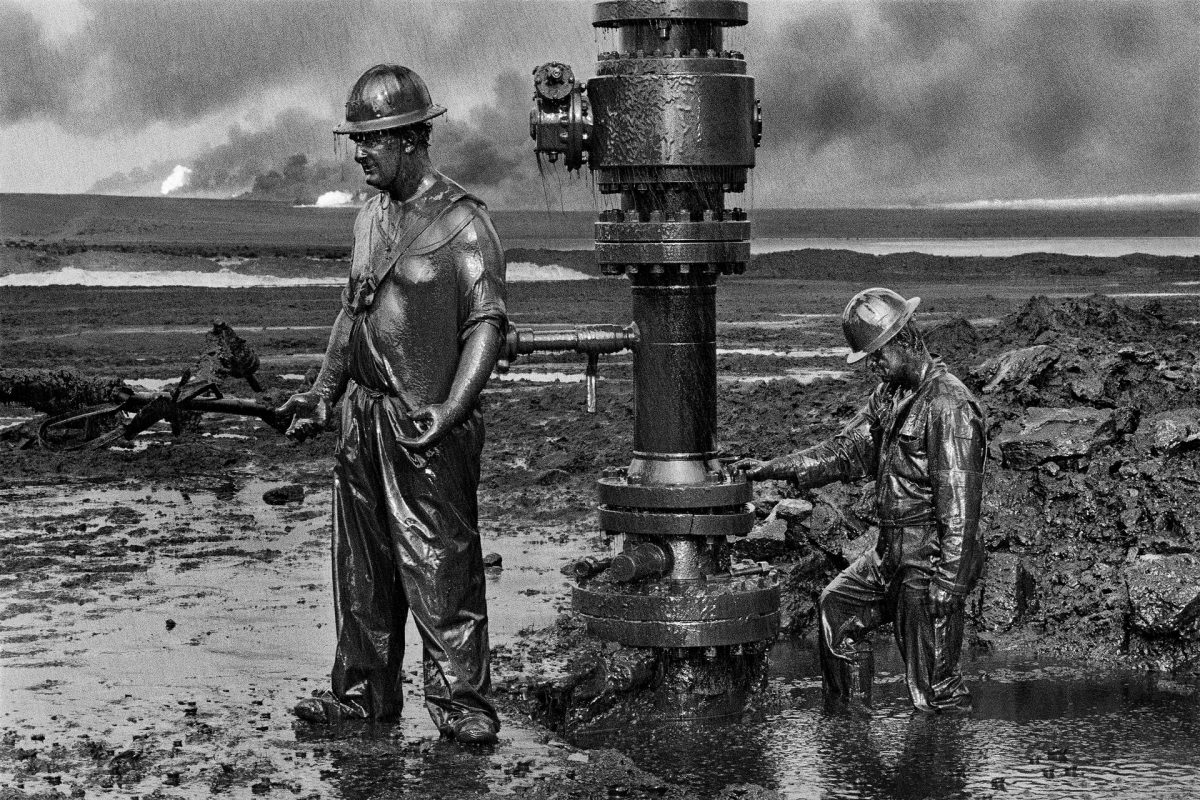 And the above photo:

I work on stories rather than individual pictures. But for me, this one picture was special: it’s an incredible shot of two guys trying to cap a well. They are completely covered in oil and one of them is standing like a statue that has become black over time. It reminds me of those images you see from the first world war, in the grey light of Verdun. 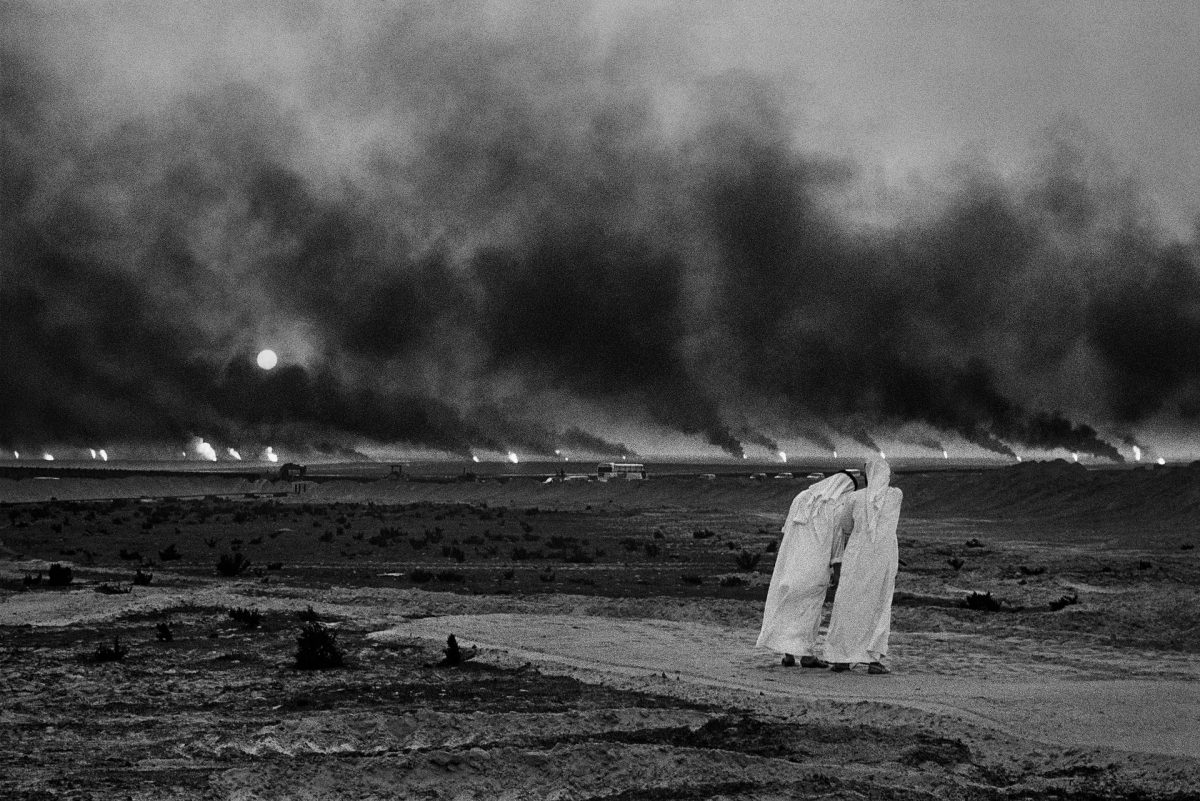 I remember that the heat warped one of my lenses and my jaws ached from the sheer tension of being exposed for hours to scalding temperatures, noise and stench and to the unabating fear of a major explosion. Going from one burning or belching well to another, I quickly understood that I needed special equipment if I was to photograph the workers and their operation close up. By good fortune, I found supplies — strong boots and protective clothing — left behind in the desert by the Iraqi Army. 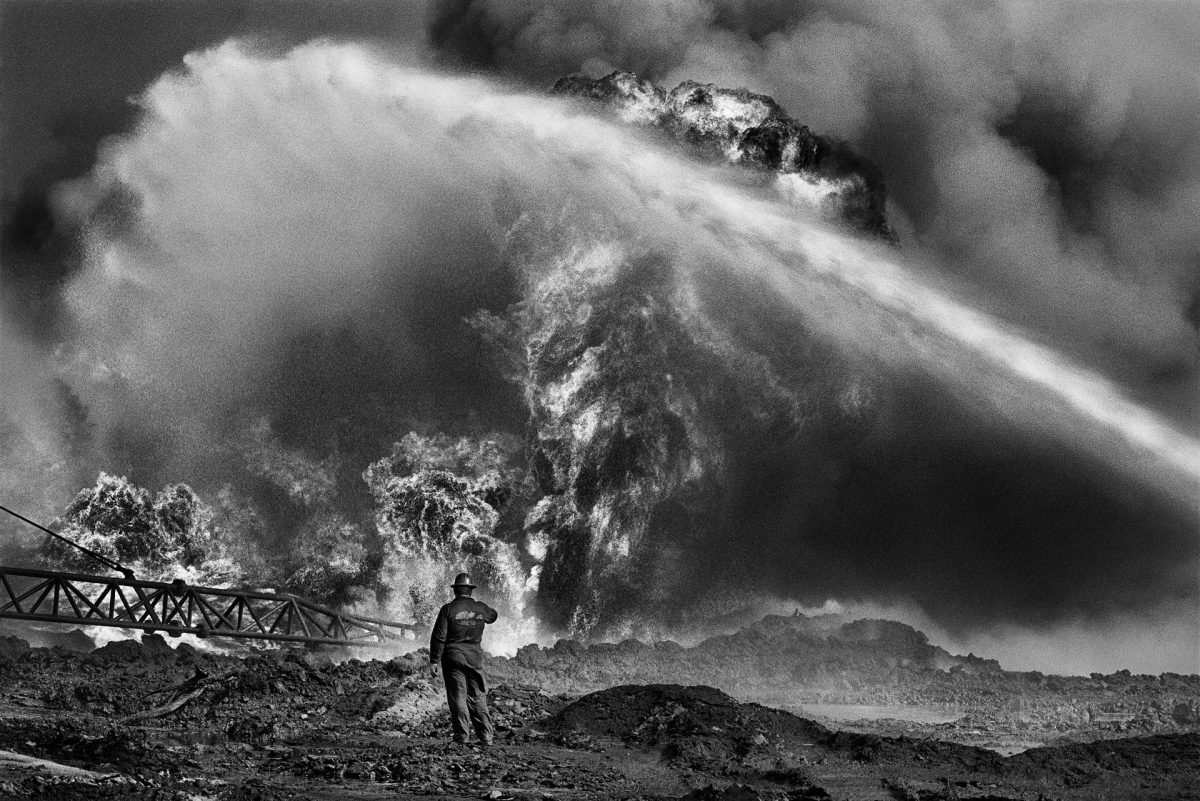 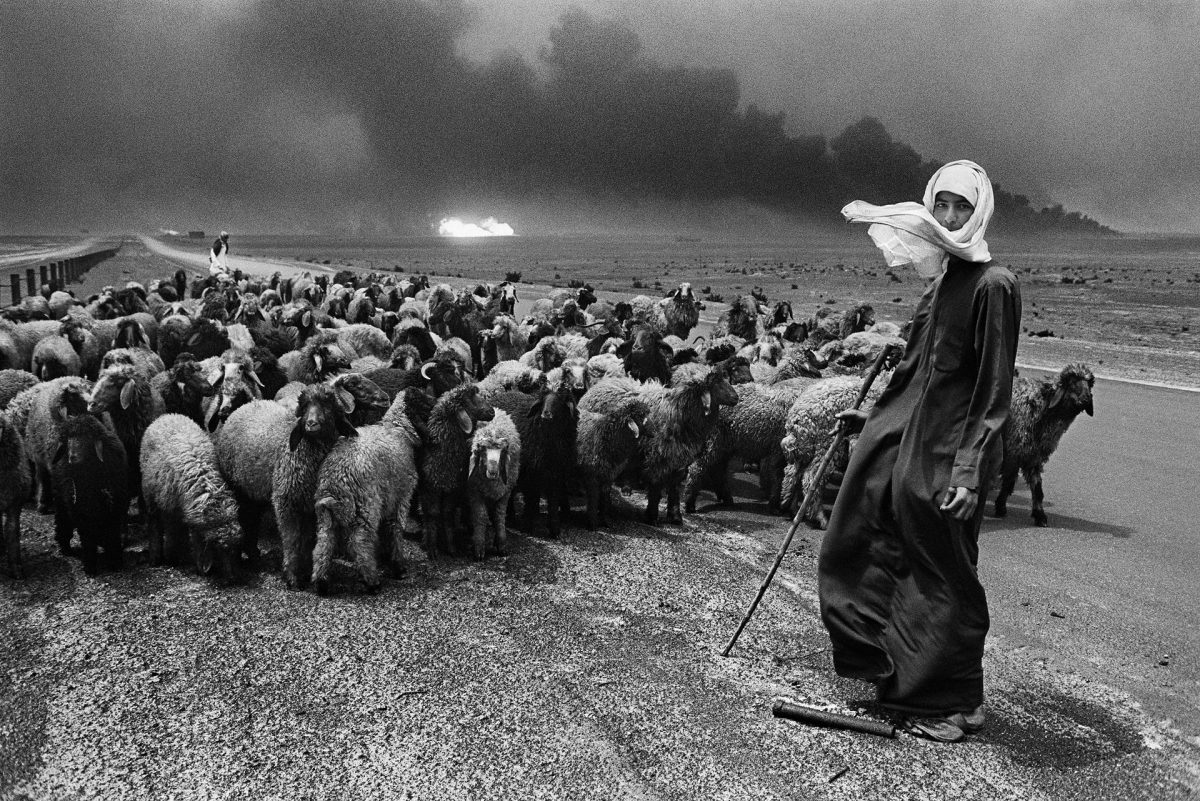 “For me, art is such a wide concept – anything can be art. When I was a student, I lived in a housing park designed by Le Corbusier. Recently, I saw the very furniture we used to have in our rooms on sale in a gallery. I said: “My God, I lived with that furniture for two years – I put my clothes in it. And now it’s become an art object.” 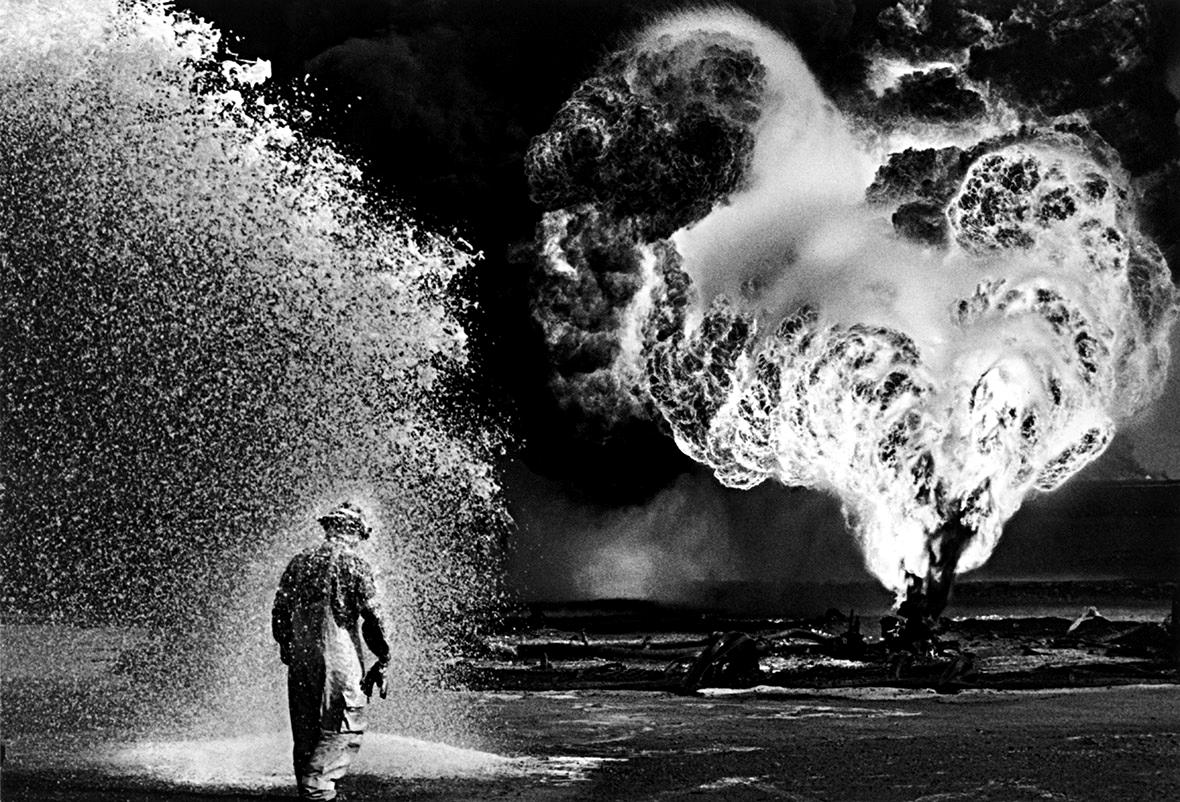 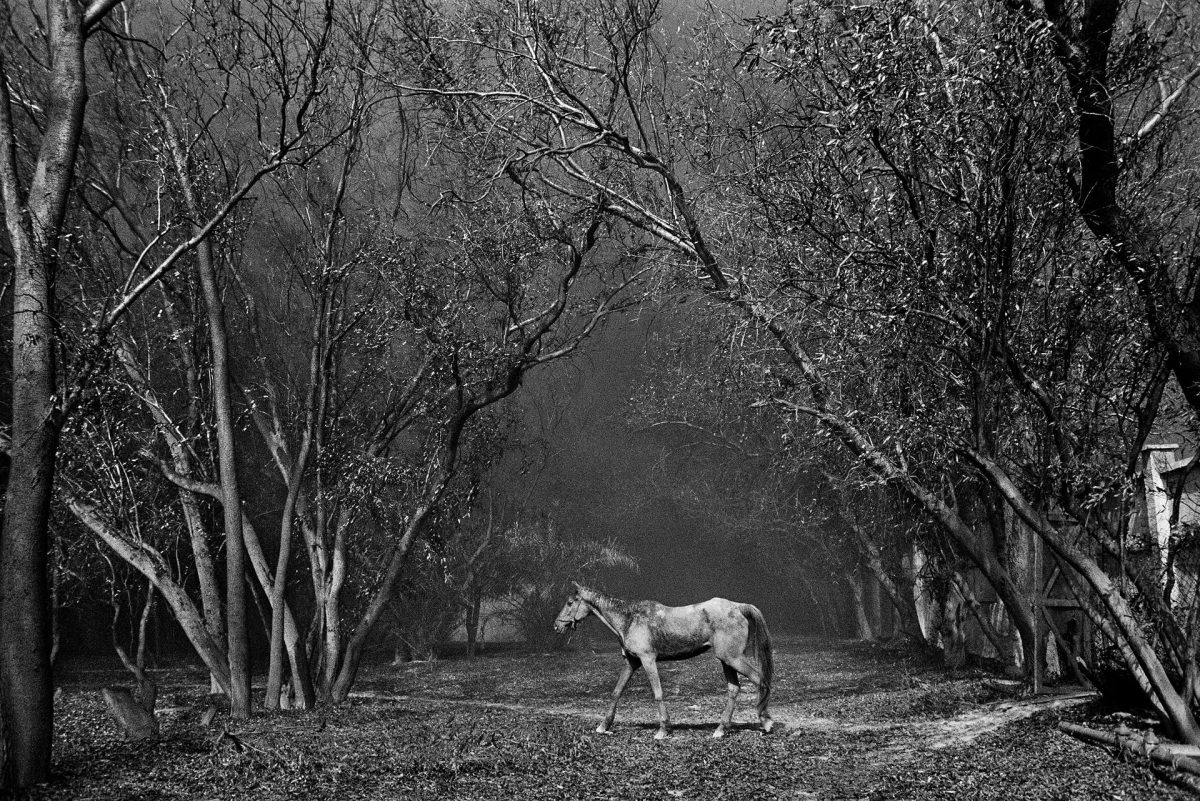 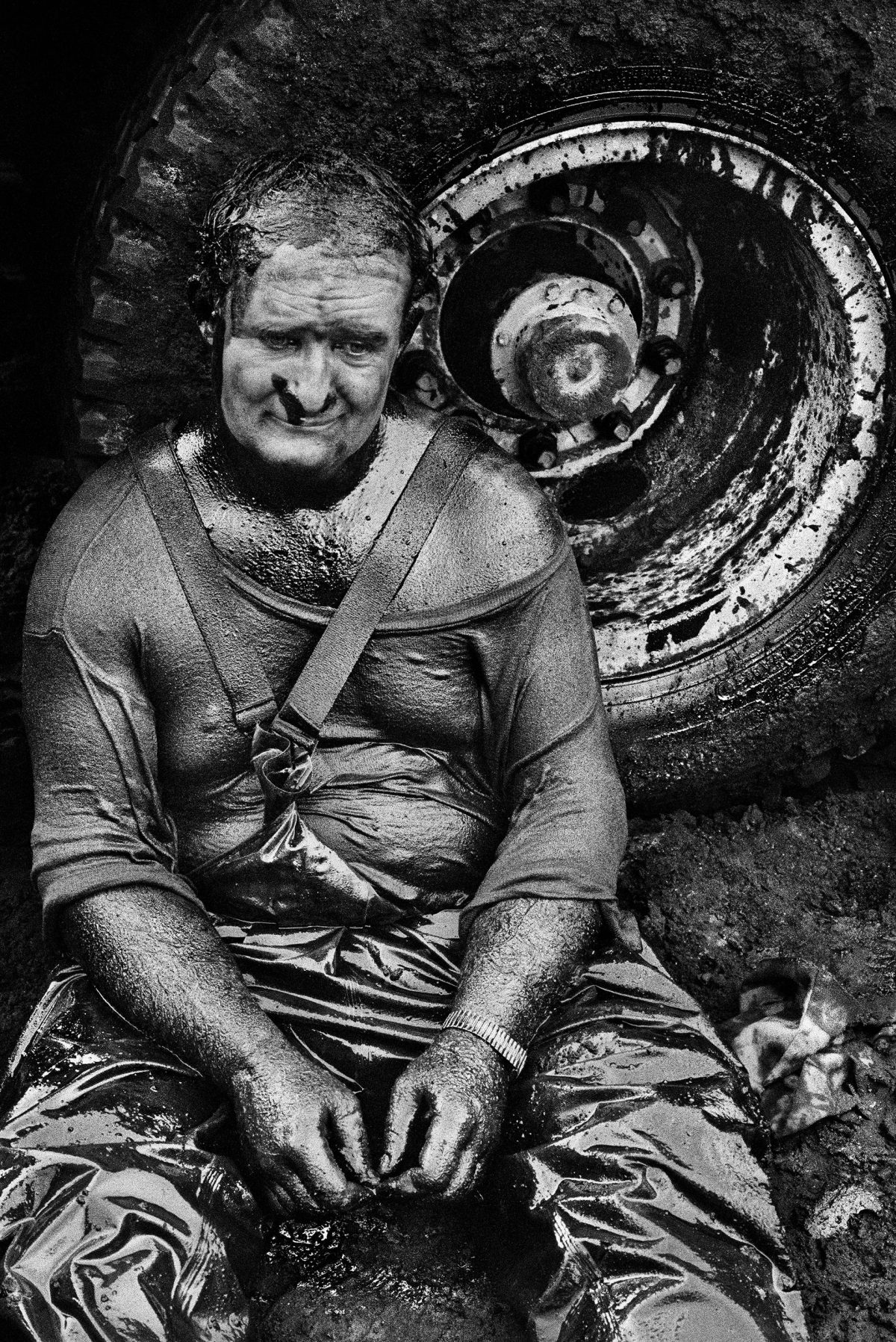 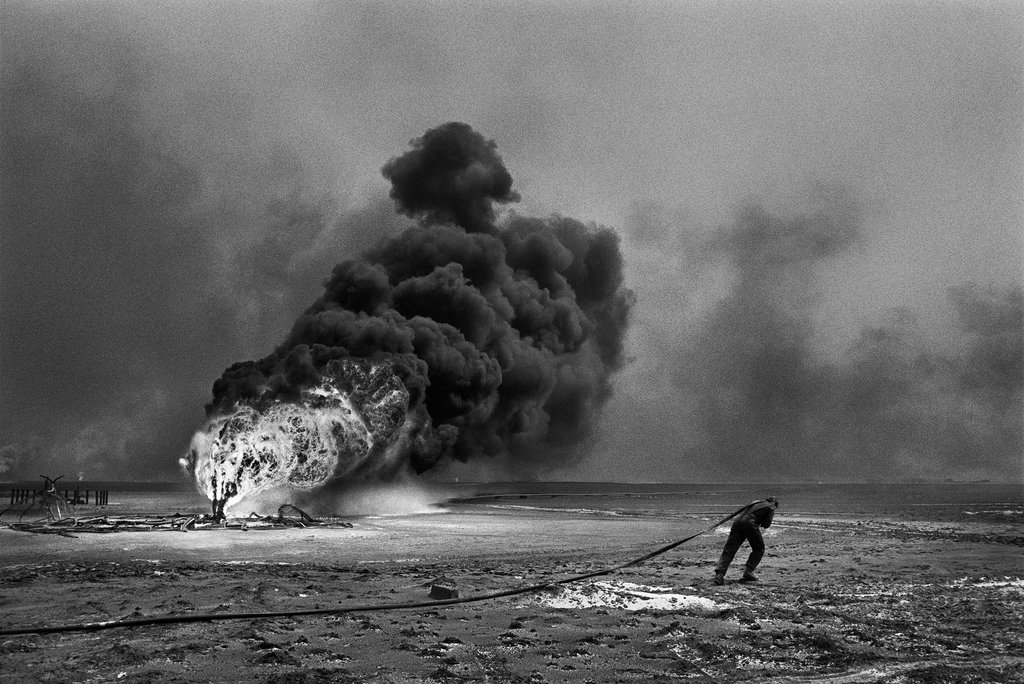 Kuwait: A Desert on Fire is published by Taschen

Tweet
This entry was posted on 4 July, 2018 in homepage. Bookmark the permalink.