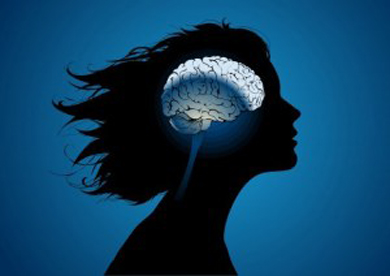 The balance of civilization is always measured either in terms of yielded power of the material possessions that is retained by a given source that produces a sea of hegemony onto itself or through the envisaged ideas of humankind. It must be inquired, is the substance and generic nature of power the central pathological transfusion of civilized sublimity that channels an aggregated disposition of our species? Balances that seek to safeguard civilization are inevitably predicated on power structures and the exchange of such mechanisms that ostensibly take root between two different paradigms; these structures/paradigms are domestic and extroverted in nature and the emergence of a communal society is made possible when members of its own population seek out recognition from the outside world.

Our fortitude as a civilization is an idea that is virtually unfamiliar to so many of the human masses; the inter-connected-ness of the world has been made possible when the intellectual fruits of societies allow their best and brightest to interact with others who represent an equal or marginally lesser strength to the one disposition that is bent on channeling its ideas for the sake of striking a certain form of recognition which further provokes an individual’s ability to think, envisage, and hypothesize about the many potential qualities of the human species. As much as we want to focus on the overall improvement of the human condition that stems from a mutually shared sentiment combined together with an urgent desire to do something about a grotesque or utterly unacceptable truth to the naked human eye, there are always the same conflicting interests which clash not out of intellectual digression, but out of a loyalty to a paradigm of dialectical power; this in effect is the denominating force which targets and designates the means and mediums in which individuals find a greater sense of identity, purpose, and rationality which is all rotted back to the aggregated social-political mechanism which formulates the communal society in question.

If this particular disposition is resilient enough to achieve a resonating aftereffect on the entire population of a significant majority, then the layout for the entirety of a single communal society is spelled out through the mutually recognizable points and particulars that goes on to paint the colors of a shared disposition retained by one majority group. It can be argued that overall, the average human individual feels insignificantly weak when they are not attached, in some direct fashion, to the central impetus of the aggregated social structure. It is this realization which can suggest that through the commonly held weaknesses in which we universally share as human beings, there is one surmountable weakness which communicates the underlying reason which leads individuals into a sort of arbitrary assimilation with the aggregated resonance factor that leads to social-political coercion.

This is something that is defined as an intuitive tool of the human consciousness which articulates the collective recognition of its prevalence based on the surmounting fears in which we all inevitably and eventually share. Despite our ability to overcome a certain fear that manifests itself through a historical or contemporary chapter of some sort, a great degree of distinction must be made between the mutual and individualistic worlds. Although both are complimentary to the developmental growth of civilization, the manifesting dialectics are often not always communicable because the disposition that is channeling its essential dilemma may not have the means to inflict a spark of coercion both from within the minds of the people in addition to every surrounding element within the society in question.

The ability to achieve a thread or practical formality of coercion brings us one step closer to defining the essential power that can either make or break the intuition in which we confidently hold both within ourselves and the surrounding environment. Gravitation amplifies the inner most sensitivities in which individuals and their societies will intrinsically share, but we are hung up on the manifesting power that is consolidated and sustained based on the confidence in which we hold from within ourselves and our social-political/cultural structures. We are left at a two fold realization which creates a clashing conundrum onto itself; the prowess of the articulated personality surmounts their intuition based on what they can identify as recognizable and through this revelation so to speak, a general orientation is created, manifested, and carried to others who share similar dispositions to their own which is all rooted back to a common denominator.

This is something that should signify a field of sight which communicates a dialectic that is not nearly an ideological coloration of an intellectual belief system, but demonstrates a resultant factor of the empirical world which in this case creates a dimension onto itself. As we seek to gain recognition by carefully comforting ourselves with attributes that resonate with our intrinsically held and safeguarded intuition, we eventually find that we have in effect achieved a directional vantage point in a sea of chaos and disarray which further solidifies the identities in which we attribute to the growth of our developmental psyches and stationary communal societies. Achieving that sense of fortitude must be seen in others and often times the articulated persona of the psychologically empowered self represents the so called pursuit of achieving a proactive and attentive response from an individual’s immediate social-psychological vantage point.

The proliferation of perspective is the one unbalanced social-political equation that tirelessly pursues a medium of balance in what is ultimately an undertaking that has no definitive end in sight whatsoever. Our perplexity as a sapient human race achieves its sense of awareness, recognition, comprehension, and reverence through the projection of dialectical power as its core substance is implemented in some sort of material fashion in our empirical world; it is here where contradicting and corresponding vantage points collide, intercept, and collaborate with each other. The intrinsic insecurity that is universally held from within our own human sapience is weak in an abundant sense and this is something that derives yet again from the insecurities which stem from individuals and their aggregated societies. The predication of dialectical power speaks a universal language to the whole of humankind in which literate and illiterate persons can reasonably comprehend and appreciate from a sheer sense of empirical perspective.

Initially, human beings bring themselves to a point of social convergence so that they can gravitate toward the similar norms, preconditions, and standards in which they are accustomed, but the re-surging insecurity which instinctively manifests from within our sapient innards incessantly seeks out methodologies which lead to practical pathological growth, provided if the former has managed to secure success through the latter that cedes balances and degrees/concessions of power. Individuals and standing nations as they both respectively exist in their own right pursue such an end as a way of satisfying an appeasing approach which puts the insecurities to rest; it is through this realization that we must realize that insecurities and uncertainties correspond with each other by means of correlating through interests, desires, and dialectical appreciations of power combined together with its hypothetical ability to be applied and projected in an extroverted manner. In one way or another, we must find that the power of the individual is the essential point of convergence that goes on to serve as the harbinger of power and its dialectical interactions through pathological growth leads to the implementation of the ideological idea in question.

The individual is generally under the impression that if they do not observe some sort of method where they can at least venerate a segment of their personal disposition, then the following sentiment could quite possibly suggest that they will see their own personal livelihood as second rate when compared to the mainstream. Achieving a brokerage of power becomes a shared responsibility which is virtually a collective obligation that is poised before the masses of civilization. We seek out recognition through identifiable substances simply because there is a typology of power (this can only be defined in a specific manner through a dialectical form of influence) which promises to better our ability to function, survive, and ideally prosper. Mechanisms that safeguard entire power structures are entrusted with maintaining a conceptual balance that mitigates between micro and macro classifications; in this case, we can define this analogy as an individual’s relationship in which they share with their corresponding aggregated societies.

These are cycles which can either lead to our destruction or salvation, prosperity or impoverishment, and security or insecurity, but in a reiterated universal context, humankind is abundantly motivated and intellectually stimulated through fears that are empathetic in nature which bring into question the paradoxes of the undefined worlds; this includes the worlds of uncertainty, insecurity, and unpredictability. Whenever we share a mutual fear of a particular substance, event, or sensual sensation, there is a mutually felt fear which can prompt our universal cooperation as a species that can lead to monumental advancements that are made on behalf of our human civilization; thus, the international threshold goes on to serve as that abstracted paradigm which cries for our immutable inclusion into some sort of coerced structure that is then predicated on the proliferation and exchange of power in all of its dialectical forms.