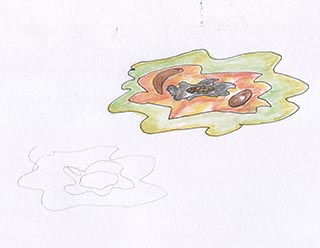 ‘Governments always seek to control the judiciary.
Not because it is interested in justice,
but in order to legalise its own criminal activities.’

‘Power’ might be considered an imbalance in the tensions arising from human interrelationships. There are two orders of power, and the first of these arises from the conflicts between disparate free will, resolved only by a clear winner who can subvert the other’s will to their own.

The second order of power is institutionalised, and this variation accumulates such great powers that no other power is large enough to subvert it.

Politics
The Judiciary
Finance
The Military
The Church.

These five branches are institutionally self-sufficient, and although their protagonists pass away the conceptual framework survives intact to be inherited by the next incumbent.

Subversion in common human power situations occurs in many ways, from the outright bully subverting by the use of fear; to all the subtleties of emotional blackmail, and can be seen commonly operating in the simplest forms.

Should a member of a power hierarchy appear threatened, all other members will close ranks to protect him/her lest they too become vulnerable to that threat.

This is demonstrated in Catholicism by the paedophile issues among priests still being protected by Rome.

And in politics by the Blair syndrome.

If a Prime Minister is revealed officially to have been corrupt/deceitful, then all following Prime Ministers might become susceptible to similar charges.

It is now the common consensus that a certain Prime Minister lied to the electorate over an issue  with (as is now plain to see), ghastly repercussions; and although common knowledge, these facts have yet to be officially conceded, and doubtless they never will – thus the closing of ranks, and hence the usual cover-ups and whitewashes.