The Materialism of Experience 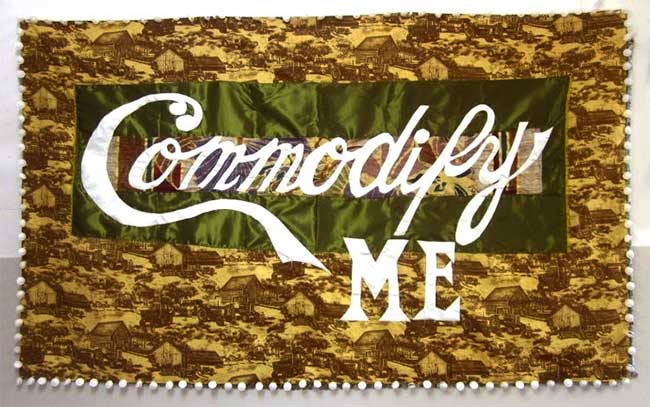 Half way into the first half, a mother and her daughter walked in to the stadium. The game was flying at a pace, already 2-1 when they took their seats in front of us. The daughter looked around in scout like fashion and then she brought out her phone.

The next five minutes was a high-class performance in the art of the selfies, such a wide array of angles and faces, you could tell this was a seasoned professional. Half time then came but the phone did not stop, only now we were in the editing suite, the publications and live stories. Yes, we shouldn’t have been looking, but it was in your face to a ridiculous level. A few selfies into the second half, up they stood, and like that, vanished out of the stadium and into the London night. The whole thing was a blur, that you almost weren’t quite sure that it happened. But there it was in a snapshot, the materialism of experience and moreover – the hypocrisy of our modern generation.

A much-lauded stat of the modern generation is how it favours experience over material things. It is a rightly celebrated point. One study by the Harris Group found that 72 percent of millennials prefer to spend more money on experiences than on material things. Taylor Smith, CEO and co-founder of Blueboard, told CNBC that millennials “aren’t spending our money on cars, TVs and watches. We’re renting scooters and touring Vietnam, rocking out at music festivals, or hiking Machu Picchu.”

The Harris Group study went further on to say “…this generation not only highly values experiences, but they are increasingly spending time and money on them: from concerts and social events to athletic pursuits, to cultural experiences and events of all kinds. For this group, happiness isn’t as focused on possessions or career status. Living a meaningful, happy life is about creating, sharing and capturing memories earned through experiences that span the spectrum of life’s opportunities.” However, this is where the key word comes in: sharing – though in its other form.

There are huge benefits to this new mentality, the various positives are in abundance as this much shared article, by Jon Rampton, explores, noting how: happiness over material items quickly fades, experiences define your purpose and passions, possessions don’t contribute to social relationships, moments are more memorable and experiences introduce you to a whole new world, among many other valid positives.

However this ignores a  another point, about how our current culture seeks to somehow solidify these experiences into something concrete, through our many avenues of social media.

Materialism is defined as a tendency to consider material possessions and physical comfort as more important than spiritual values. To be materialistic is to be excessively concerned with material possessions. Much of this is how we then process that to the outside world; for it is not only that we like these material things, but that people see that we have them also. People buy their expensive designer brands, their shiny necklace or new car, as a way of defining their personality, their make up and their wealth. Human beings have always been doing this since the beginning of time, only now we are supposedly moving away from that, but then cannily doing exactly the same thing, just without really even realising it.

This article is a prime example of that. By writing and (probably) sharing this I am, utterly hypocritically, turning my experience of writing for a publication and having an opinion published into a material thing, a badge. This was never possible in the past, so material goods were the only way of doing that, but now, we are able to present these things from the palm of our hands and to the entire world. To anyone we have ever known. Our photo, blog or article has become our material good, because now we have a platform for sharing it. See, the generation that favours experience over material things, is turning experience into a material thing.

So, when the young generations are “renting scooters and touring Vietnam, rocking out at music festivals, or hiking Machu Picchu,” they are doing this amazing thing, but then often sharing that experience, which in turn commodifies that thing and turns it into that material good. This then defines our personality, image and wealth to the outside world. At a gig once the young man in front of me videoed the whole, entire thing on his iPad. Maybe he just wanted it so that he could watch it again and again for the memories, but more likely it was the in the knowledge that he would then share that experience online, much like the other 95% of Instagram users who are under the age of 35.

It’s relatable to the same way that people talk of “ticking off a country”.  Often overheard is someone saying that they’ve “done Thailand” or even worse “Africa”, as if it is a tangible, material thing, because they have a photo of it. The thought that you could completely experience and understand England – the people, the landscapes, the culture and the history – because you have a photo outside of Big Ben is utterly ludicrous, but it doesn’t not stop people thinking they’ve “ticked off” a foreign country because they’ve partied on their islands.

What’s more, by doing so, people are in turn damaging their experience as they become too focussed on creating the material. Photography is a great hobby and should be encouraged, but when all this time is taken to take your image to share, you surely lose a lot of the enjoyment of the experience. Though a stark example, I cannot believe the mother and daughter enjoyed, or even engaged in the football match for a second.

One evening at university I bumped into someone who I had, a few moments earlier, seen photos of, at a Christmas party. Asking on how it was, she replied that it was still on going and she was on her way back to the party. This, at a time on the cusp of smart phone growth, meant that she had just left the party with her camera, uploaded the photos at home on her computer, and was then returning to the party when I bumped into her.

A few years back, travel company El Camino got publicity for its inclusion of a social media/Instagram photographer on your travels as part of the package. Naturally across the Guardian comments section, this was hounded and criticised for what it represented, but the reality is that El Camino had very cannily struck into this notion and were cleverly exploiting the materialistic nature in ourselves. The photo, in effect, has become the handbag. The fact that people are now paying for their various beach shots to be sponsored across social media platforms, so they gain even more exposure, is surely the epitome of that. Never has the materialism in the experience been more evident.

It’s a hypocrisy that we are all too afraid to admit because in doing so, we are contradicting our ‘experience over materialism’ image that we all want to live, to promote and to share. It is still a good thing. Experiences over materialism is certainly the right way forward, it’s just the way the modern generation goes about it. Maybe it doesn’t matter, as long as people are happy. But maybe we are heading down an even more damaging path where the value of experience takes on a completely different meaning, as it gets more and more commodified. The more this trend continues, the more people will look for the most exciting/wealth signifying/unique photo, not for the experience, but for the material image at the end. Where does that end?

There is a moment in Ben Stiller’s “The Secret Life of Walter Mitty” when Mitty tracks down a legendary photographer Sean O’Connell played by Sean Penn. He is searching for a shot of the snow leopard, known as the “Ghost Cat”, who, tellingly, “never lets itself be seen. As beautiful things don’t ask for attention.” When the snow leopard finally comes into shot, Mitty expectantly looks at O’Connell to take the photo. However, he does nothing but gaze out at the cat and when Mitty asks why he simply replies, “Sometimes I don’t (take the photo). If I like a moment, for me, personally, I don’t like to have the distraction of the camera. I just want to stay in it. Right there. Right here.” Maybe we could all heed those words once in a while too.

Tweet
This entry was posted on 15 September, 2018 in homepage and tagged Ben Crisp. Bookmark the permalink.