The Music That Time Forgot

Posted on 7 December, 2019 by Rupert Loydell 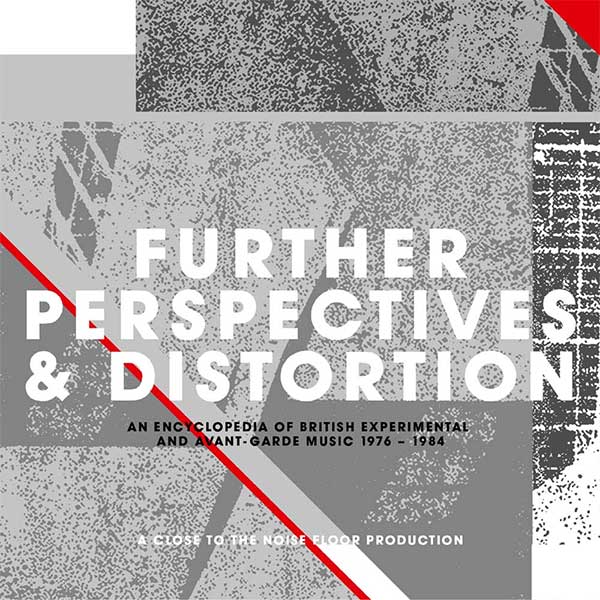 In an interview I undertook for Punk and Post-Punk journal, Dick Witts of The Passage (a band surprisingly missing from this compilation), stated that ‘You might say that post-punk existed before punk. It was submerged during the punk days, and re-emerged touched by punk but not imbricated with it’. Post-punk is notoriously difficult to define, but for me it would include much of the experimental music gathered together in this box set, which has the awkward – if accurate – subtitle ‘An Encylopaedia Of British Experimental and Avant-Garde Music 1976-1984’.

Here, says the press release, post-punk has been used as a ‘paradigm-shifting lens’ to bring together ‘disparate names from across the experimental spectrum’. I guess that means musicians who carried on doing what they were doing outside post-punk but influenced those within, as well as the more experimental music being produced by post-punk bands themselves. I say ‘I guess’, but that’s basically what we’ve got here.

That includes synthesizer music from the likes of Blancmange, Chris & Cosey and Robert Rental; what became known as industrial music from the likes of Nurse With Wound, Test Department and Throbbing Gristle; improvised jazz or systems music from from David Toop & Paul Burwell, Stinky Winkles, Lindsay Cooper, AMM III, Lol Coxhill & Morgan Fisher, as well as David Cunningham; harsh subverted funk from Hula, 23 Skidoo and The Pop Group; spoken word or sound poetry from George Melly and from Bob Cobbing; and awkward pop and rock music from Eyeless in Gaza, Swell Maps and Robert Wyatt.

Finally, the likes of Henry Cow and Soft Machine (who are often classified as prog and jazz-rock respectively) are given due mention alongside the improvising community – with centres at the London Musicians Collective and Manchester Musicians Collective, but also elsewhere – and composers such as John White and Gavin Bryars who were working subversively within a contemporary classical tradition. (Both were introduced to the listening public through Brian Eno’s series of Obscure Music LPs). These bands and individuals were hugely influential at the time, but seemed permanently dismissed or excluded from the emerging ‘official’ storyline of events.

This to me is a genuine and truthful snapshot of the late 70s and early 80s music many of us were listening to. Punk didn’t actually change the world, mostly because it offered us posturing loud and fast mainstream rock, not in the end very different from the likes of Hawkwind or Motorhead. ‘Punk’ only got interesting when it mutated and the likes of Magazine appeared with synthesizers in the mix, more naive music by the likes of The Raincoats emerged, and when Public Image Ltd formed from the ashes of the debacle that was the Sex Pistols to make should be music that drew on the likes, Faust and dub. Very few people (and certainly not me!) disposed of their rock, jazz and progrock albums because some gobby oiks or posers swore on TV or played aggressive 3 minute songs to shockable adults or impressionable teenagers.

In addition to giving space to bands who co-existed alongside post-punk, I like that room is made here for more unfamiliar names such as Kevin Harrison, whose early music was self-released on cassettes before he had a brief and in many ways fruitless record label contract, and for the Mzui project that was an offshoot of Wire. What I think is a little problematic is that many of these tracks are extreme or experimental one-offs by bands actually embedded in more mainstream, or relatively mainstream, activity. The Pop Group, for example, are difficult listening, yes, but ‘Amnesty International Report’, the track here, is by far the most difficult track on their first album. In a similar fashion the – at the time – exciting young jazz group Stinky Winkles could move from aggressive yet listenable deconstructed post-bop to noisier and more difficult improvised work like ‘Opus’ which is featured here. Psychic TV’s unsettling track ‘In the Nursery’ similarly mis-represents Dreams Less Sweet, the album is it taken from, which is subversive mostly because of the way its sickly-sweet anthems and madrigals, along with it’s melodic and beautiful re-presentation of a Charles Manson song, are played ‘straight’, countering fans’ expectations of the rhythmic noise the band were renowned for live.

But I quibble. This is a glorious compilation, which finally offers some recognition for the very wonderful A Tent, whose LP Six Empty Places is a forgotten masterpiece of industrial ambient sound. (It’s also an album it took me 20 years to track down to replace a disintegrating taped copy from a friend.) Further Perspectives & Distortions will sit nicely on your shelf next to Optimism/Reject , another recent box set, which gathers together a cornucopia of ‘Punk And Post-Punk Meets D-I-Y Aesthetic’ in a similar but less unexpected way. Together they’ve pretty much got this exciting music and time period nailed, so do your ears a favour and buy them for yourself this Christmas. 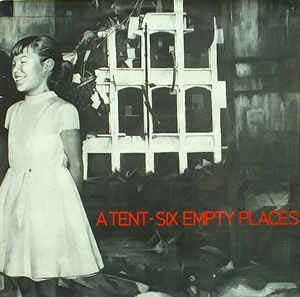 View all posts by Rupert →
This entry was posted on 7 December, 2019 in homepage and tagged Further Perspectives & Distortions, Rupert Loydell. Bookmark the permalink.