THE OTHER MR JONES 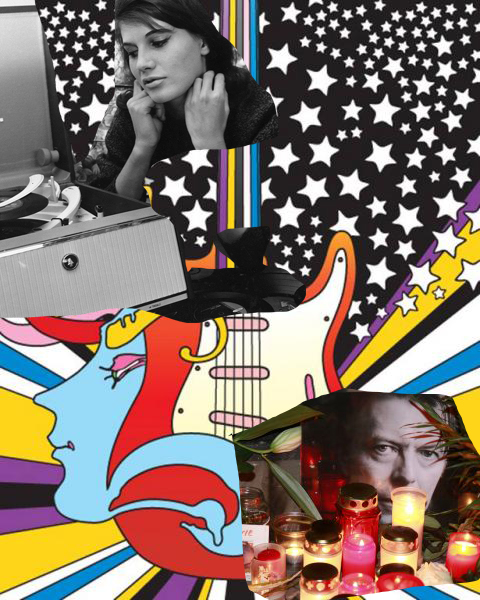 The Starman fell to earth and now takes his place in it.
His fresh dimension will view all that he did to change ours.
His charmed collision of words, married to sharp machines
And strange musics, formed an adventurous spirit
And new waves to soothe ancient scars.

His reinventions spurred us, before they were quickly
Discarded. His vexed perspectives were coloured and possibly
Fused through each eye. What was it like to be him?
To be so prized, so regarded? The mover of worlds
And teenagers; we would never have thought he could die.

He was an Alien to the norm and an Every Day Artist.
David Jones, known as Bowie, as your last note sings,

View all posts by David →
This entry was posted on 14 January, 2016 in homepage and tagged Claire Palmer, David Bowie, David Erdos, Peter Max. Bookmark the permalink.