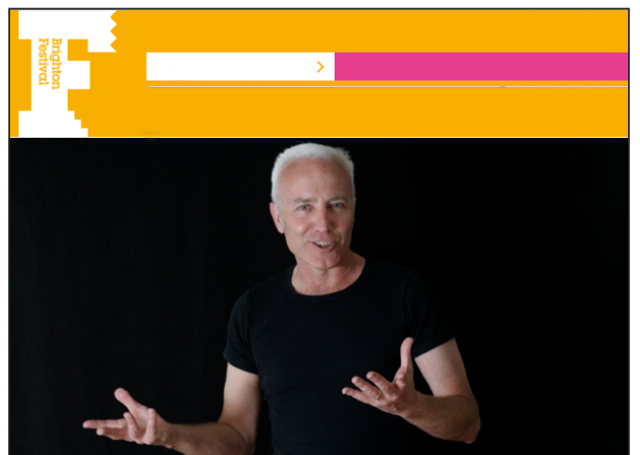 Brighton Festival on Sunday 5th May at 4pm at The Studio Theatre, Brighton Dome. Tickets: £8.00.

Roy Hutchins will be performing Heathcote Williams’ extraordinary new work, The Poetry Army. Roy says:  “I’ll be narrating, having abridged the text down to 50 minutes… the original being nearly 4 hours, and I’ll be joined by poets Amy Neilson Smith, Shobu Kapoor, Charlie Wilson and Selina Nwulu – who’ll be voicing extracts from Shelley, Ginsberg, Billie Holiday, Denise Levertov, Hannah More and many others.

It’s a manifestation of subversive poetry, starting with the Peasants’ Revolt ‘when Adam delved and Eve span’, and taking you up to Occupy Wall Street where there was an area in Zuccotti Park in New York set aside for incendiary verse. During one eviction a brave soul held the NYPD at bay by regaling them with verse which, miraculously they stopped to listen to. The street verse of Arab poets was popular in Tunisia and then again in Tahrir Square during the Arab Spring. That poetic thread spread to Puerta del Sol in Spain (with Neruda in evidence), and it was Spanish activists who inspired the takeover of Wall Street.”

Williams, who recently won an Edinburgh Archangel Award for a lifetime’s contribution to the Festival, is in great form as he paints this picture of poetic revolution.

The performance is directed by Paul Hodson (Fever Pitch and Meeting Joe Strummer) and Boff Whalley of Chumbawamba will be supplying some incidental music.

‘The Poetry Army is one of the mind-swaying texts – and it will be my army too now. The Papyrus of Ani (weighing the soul), Throw of the Dice, Ernst’s art-spinning picture books, Blake’s Daughters of Albion are other angels in the supertexts of muscular truths of the realm they create and bring into being. I’ve whirled through it once and I know each whirl will be a different extension for my consciousness.’ Michael McClure

You can pick up tickets from here http://brightonfestival.org/event/347/the_poetry_army/ 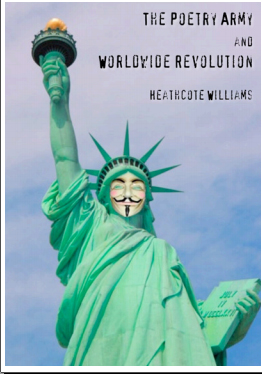 One Response to The Poetry Army – Event