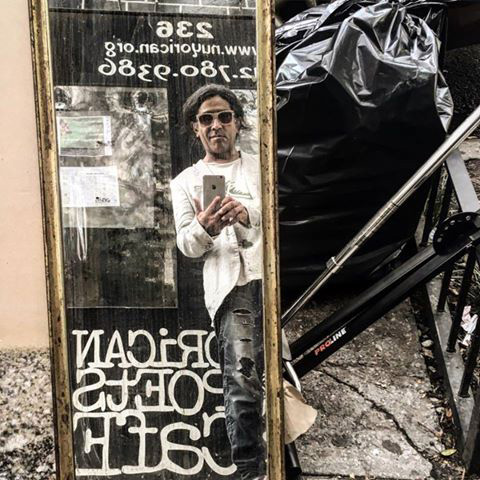 My name is Roman Primitivo Albear and I was born February 18, 1969 and raised in the Condesa neighborhood in Mexico City, a melting pot of intellectual and political refugees from Argentina, BraziI, Chile, Columbia, and Uruguay; first generation refugees of the civil war in Spain. My first contact with art was my neighbor Jorge Alzaga whose daughter, Karla, is still my best friend.

I left Mexico in the early 90s, traveled to Europe and wound up in the squats on New York’s Lower East Side. It was here I became involved with the community and the struggles faced from gentrification and ethnic cleansing. I became part of the squat movement from 1990 to 2000 and was involved with the community gardens and had a show on Steal This Radio. http://www.nytimes.com/1996/02/27/arts/pirate-radio-in-touch-with-the-village-not-the-fcc.html.

In 2002 I joined migrant farm workers in a protest march organized by the Rural and Migrant Ministry. We walked 200 miles from New York to Albany to protest working conditions.

I am a self-taught artist who began by selling his work in the street, and my work is often featured in group shows at ABC No Rio, Zito Gallery, Jonathan Short Gallery, Le Jungle Gallery,  and Theatre for the New City Gallery. My work is also held in private collections. I work in mixed media about socially conscious topics.

Ubu Roi (Ubu the King or King Ubu) is a play by Alfred Jarry. It was first performed in Paris at the Théâtre de l’Œuvre, causing a riotous response in the audience as it opened and closed on December 10, 1896.It is considered a wild, bizarre and comic play, significant for the way it overturns cultural rules, norms, and conventions. For those who were in the audience on that night to witness the response, including William Butler Yeats, it seemed an event of revolutionary importance. It is now seen by some to have opened the door for what became known as modernism in the twentieth century. It is a precursor to Dada, Surrealism and the Theatre of the Absurd. It is the first of three stylised burlesques in which Jarry satirises power, greed, and their evil practices — in particular the propensity of the complacent bourgeoisie to abuse the authority engendered by success.

The title is sometimes translated as King Turd; however, the word “Ubu” is actually merely a nonsense word that evolved from the French pronunciation of the name “Herbert”,which was the name of one of Jarry’s teachers who was the satirical target and inspirer of the first versions of the play.

Jarry made some suggestions regarding how his play should be performed. He wanted King Ubu to wear a cardboard horse’s head in certain scenes, “as in the old English theatre”, for he intended to “write a guignol“. He thought a “suitably costumed person would enter, as in puppet shows, to put up signs indicating the locations of the various scenes”. He also wanted costumes with as little specific local colour reference or historical accuracy as possible.

Ubu Roi was followed by Ubu Cocu (Ubu Cuckolded) and Ubu Enchaîné (Ubu in Chains), neither of which was performed during Jarry’s 34-year life.[7] One of his later works, a novel/essay on “‘pataphysics“, is offered as an explanation behind the ideas that underpin Ubu Roi. ‘Pataphysics is, as Jarry explains, “the science of the realm beyond metaphysics”. ‘Pataphysics is a pseudo-science Jarry created to critique members of the academy. It studies the laws that “govern exceptions and will explain the universe supplementary to this one”. It is the “science of imaginary solutions”. 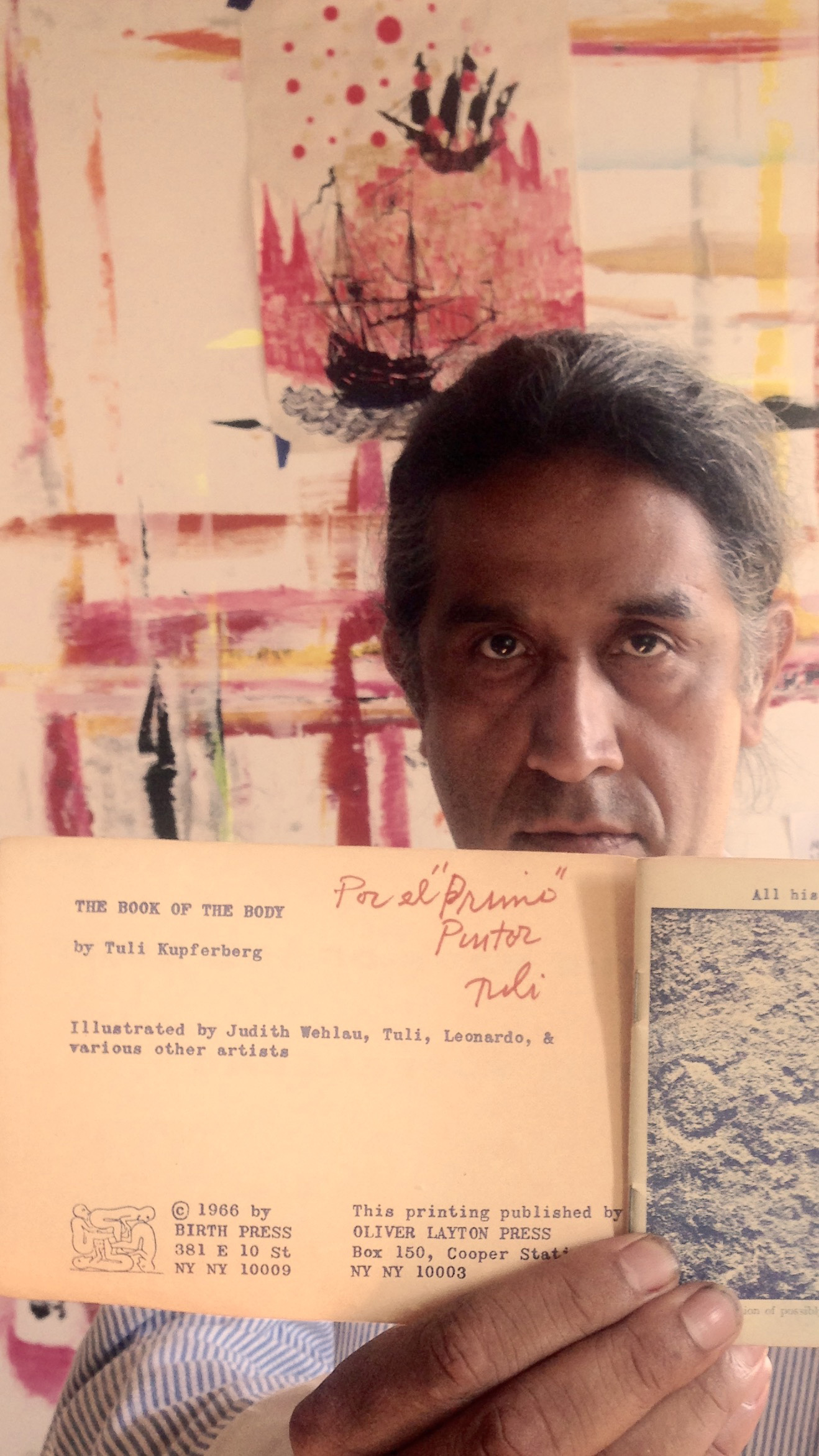 CA Seller: Welcome, Roman Primitivo Albear! You have mentioned your involvement in the squat movement of the late 90s in NYC. Please tell me what this was all about. I was involved in squats in the early 80s and found many of them began with socialist ideals only to become run by cabals. What is your take on that?

Roman Primitivo Albear: It was just a bunch of kids, in particular white kids, running away from their homes, full of slogans, full of tattoos with heavy odor. I didn’t see any strong critical opinion, or philosophers, or thinkers. I was younger and it was fun for a foreigner, but I was disappointed. They were repeating the same slogans without knowledge or lived experience of working class struggles. And, as we know the squatters have become mini-landlords, and turned into what they originally despised, part of the establishment.

CAS: You left Mexico in the early 90s. While growing up there who were your inspirations?

RPA: Mexico City is a monster city and every single corner or park is motivation for inspiration for anyone. I think it was Andre Breton who said Mexico is a surrealist country par excellence. I think there is truth there. The muralists most inspired me such Diego Rivera, Jose Clemente  Orozco, and David Alfaro Siqueiros. You can see their work all over the city. I grew up around those depictions of the history of Mexico from the Aztecs to our time.  I also loved the poets who showed me how to love the city, the corner of the subways, the markets, the traffic lights which mark out the beat of the city, especially Jose Emilio Pacheco, the Aztec poet Nezahualcoyotl, the nun poet Sor Juana Ines de la cruz, Alberto Blanco, Jaime Sabines and Octavio Paz. Then there were the writers and others that I don’t remember now so I would say that the painters and poets of Mexico were my first inspiration.

CAS: You traveled to Europe. How long did you stay and what did you find?

RPA: It was a very short trip to Italy, France, and Spain. It was nice, like a museum.

CAS: What prompted you to move to NYC?

RPA: I returned to Mexico City and suddenly I felt I didn’t fit anymore in my neighborhood. I bought a package deal on Greyhound to travel to Mexico City to Canada ten times in one year. I don’t know if they offer that deal anymore. It was called Ameri-pass. When I arrived at the Port Authority bus station in NYC I walked around Times Square. I found a cheap hotel, the Jefferson Washington Hotel on 51st, and just the fact that I was living with fucking weirdos I felt it was the place to stay. I was surrounded by people watching porn all night, drag queens, and a woman sketching all the time who talked to nobody.

CAS: How did you become involved with the squat movement?

RPA: It started in Tompkins Square Park and I met a couple of squatters and I needed a place to stay. The usual way it seems to happen.

CAS: Do you see the squats as another method of gentrification?

RPA: Yes, and I also think every artistic community that moves to a working class neighborhood because of cheaper rents becomes the first layer to eventually ruin a neighborhood. That happened in Soho, the Lower East Side, Williamsburg, and now Bushwick, etc.

CAS: Besides Ubu Roi, what artistic projects are you involved in?

RPA: I am continuing to paint, and I’m starting to translate the poems of French poet, Benjamin Peret into English. There is also this short film that I’ve started thinking about on the city and its casualties.

CAS: You are producing a modern version of Ubu Roi, a play written by early surrealist Alfred Jarry in 1896. It has been described as the Theater of the Absurd. Ubu Roi pokes holes in politics and human nature in a very hilarious way. Would you tell me more?

RPA: As a Mexican, or as they refer to us ‘Latin Americans’ even though we don’t speak Latin, for me the play represents the state of mind of dictatorship. In my neighborhood there were Argentinians, Chileans, and Uruguayans – south Americans in general – who were all escaping military coups, they were intellectuals, artists and teachers, and a lot of them put on productions of Ubu Roi as an indictment of the political state in their respective countries. The interesting aspect of this play, and what makes it a classic, is that we still face the same issues and Jarry’s sense of humor makes it more digestible for the masses.

CAS: The original play opened and closed the same day! I think people were more passionate about politics back then. Do you agree or disagree and why?

RPA: I agree with you. In that time in Europe, 1896, the citizens were more passionate about politics because of the pull of new political ideology like socialism and communism, and ideas like democracy that eventually became corrupted into laissez faire capitalism.  Also the cities on the Western continent were becoming the melting pot of artistic, science, and political movements and that was why Paris became the capital of the world, the city of lights, with the beginning of electricity, early movies, and the beginning of the motor car. As for now, I think people are disillusioned in their institutions, more and more there is overt lying to our faces on TV, in newspapers, blogs, and on the internet, and some people are more aware, but most others couldn’t care less. The absence of empathy is abundant, and that is the sad part.

CAS: In terms of social content, Ubu Roi has often been modernized. How have you done so?

RPA: In my adaptation I replaced the king with a CEO, the kingdom for a skyscraper, and the subjects, well now they are tenants. Also we use the new language, adapted from all this crazy tech lingo we are all using, we call it techno-oligarchy.

CAS: Donald Trump plays a major role in your production. Can you tell me more without giving away the show?

CAS: Where and when will Ubu Roi be showing in NYC?

RPA: Opening night is Thursday, September 22 at the Theatre for the New City through October 9.

CAS: Could you explain pataphysics?  Google describes it as “the branch of philosophy that deals with an imaginary realm additional to metaphysics.” To me this is reminiscent of Carlos Casteneda and Don Juan’s explanation of higher awareness. What influences do you attribute to Jarry’s play?

RPA:  For Jarry it was the closing of one century and the opening of another, and physics and technology were trendy for those kids. It was the beginning of cinema – the dream realm, and the movement of machines. Jarry had a physics teacher he hated, and in the same way he hated his family and his social class. I guess his poetic intuition, vision, and his sense of humor caused him to understand physics and mechanics which we call fractals, and the power of imagination. I quote Jarry “it is the science of the imaginary solution.”

CAS: I want to thank you for your time and wish you great success with Ubu Roi. In closing is there anything else you’d like to say?

RPA:  Thank you very much and remember too much P.I.S.S, which means power, imagination, secret society. 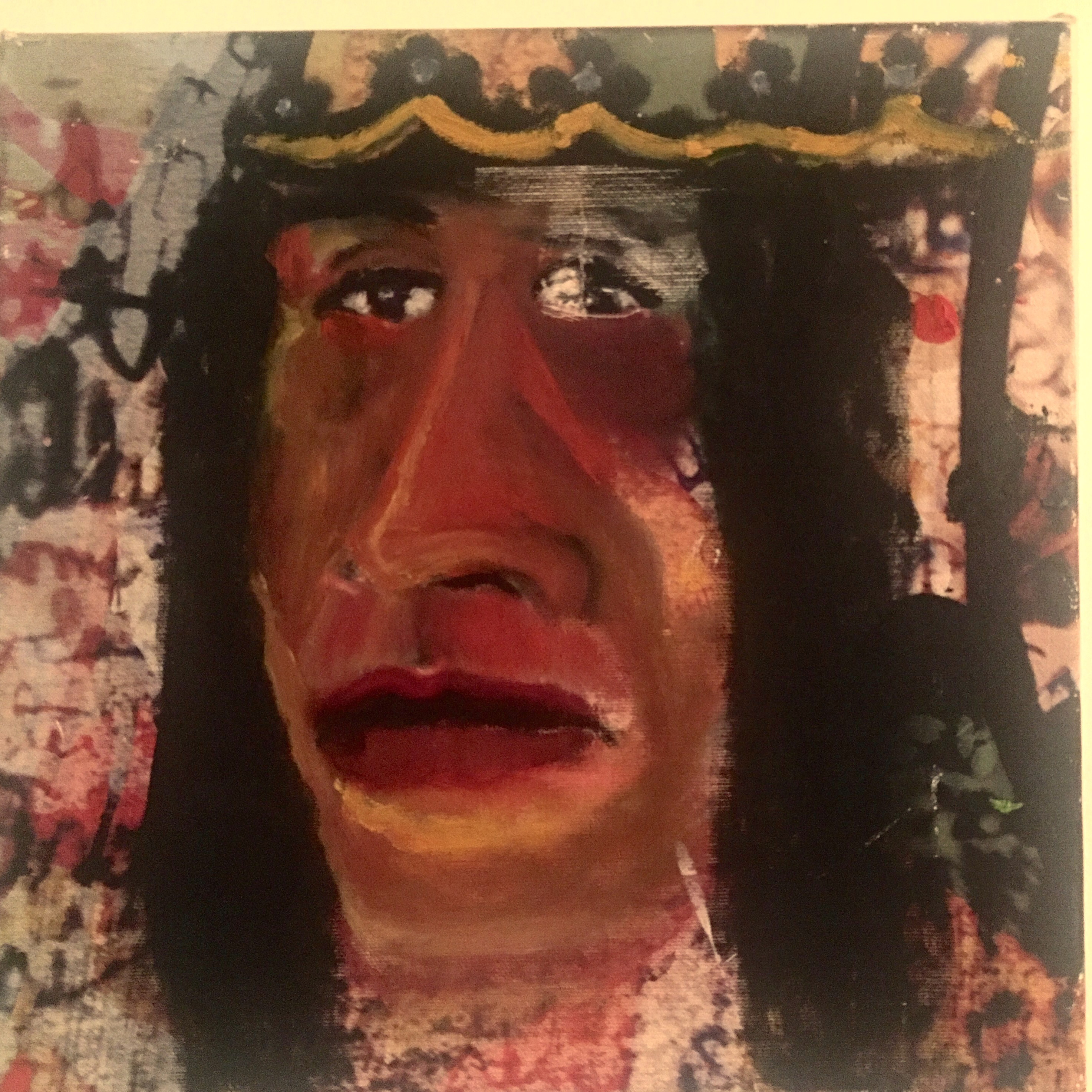 View all posts by Charlie →
This entry was posted on 18 August, 2016 in homepage and tagged Charlie Seller, Roman Primitivo Albear. Bookmark the permalink.